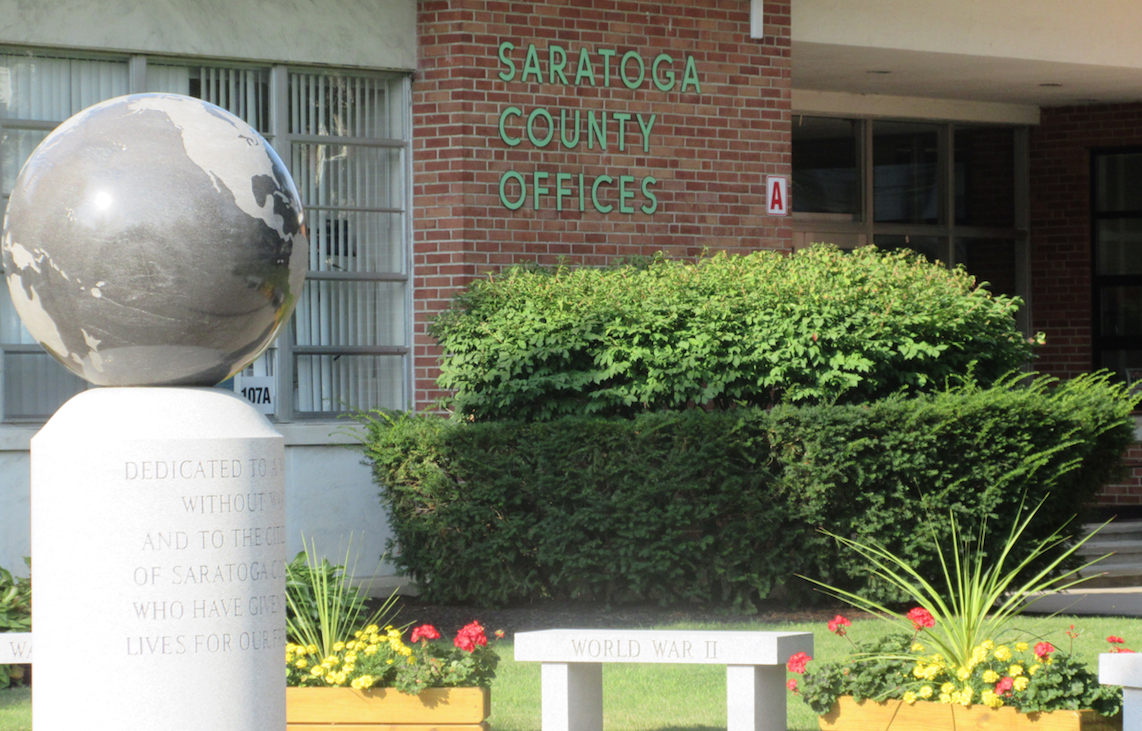 BALLSTON SPA – Out of more than half of a billion dollars in taxes paid this year by Saratoga County property owners for government services, county officials found less than half of a million to save in a shared-services review mandated by New York State.

On Tuesday, Aug. 15, the formal Shared Services Panel chaired by County Administrator Spencer Hellwig voted to approve a two-part plan developed this summer among the supervisors and mayors of the county’s two cities, nine villages and 19 towns.

School districts, which account for 65 percent of taxes levied on property owners, were allowed to opt out of the shared-services review in the law proposed by Gov. Andrew Cuomo and passed by the state Legislature earlier this year, according to the New York State Association of Counties (NYSAC).

The “cooperative bidding” part of the plan enables the Saratoga County Purchasing Department to find the best deals on “office supplies, paper products, cleaning supplies and auto parts” for use by all municipalities in the county, according to the official report that was issued by the panel.

The second part of the plan involves a “Medicare-eligible Retiree Health Insurance Consortium,” the report says. It authorizes municipalities to join the county’s “Medicare Advantage” plan for retirees, with anticipated savings of $172,376 starting next year.

The combined annual savings in the Saratoga County shared-services plan is $472,641.

According to the panel’s report, the “sum total of property taxes levied in the year 2017 by the county, cities, towns, villages, school districts, BOCES and special improvement districts” is $530,713,796.

The “anticipated savings to the average taxpayer” is $4.89, the report indicates. It also amounts to savings of 1.2 percent for homeowners and 1.42 percent for businesses.

On Aug. 14, Saratoga Springs Mayor Joanne Yepsen convened a special meeting of the City Council that focused on the county’s shared-services panel. The council voted to opt out of the health consortium, but it will participate in the cooperative bidding process.

Commissioner of Finance Michele Madigan said the Adirondack Trust Company, the city’s insurance broker, had advised opting out of the health insurance consortium for retirees. Madigan explained that the city has “a limited ability to do anything” because the rules for that type of insurance “are embedded in our labor contracts.”

According to an Aug. 1 statement by NYSAC, the shared-services review is the third attempt by state lawmakers in the last six years to compel the 57 counties outside of New York City to reduce tax burdens and overall costs.

“While the goal of this legislation was to reduce property taxes, there is still work to be done,” NYSAC President William Cherry remarked in the statement. “The biggest cost drivers for property taxes in this state are schools and state mandates, and they were largely unaddressed by these panels.”

When reached for comment, NYSAC Executive Director Stephen Acquario said “we need to do more in this space to help local taxpayers,” referring to the complicated nature of insurance coverage for government employees at the state and local levels.

Acquario admitted that county governments have to evolve with the times and technology, and it should be “heavily scrutinized” whether or not that is happening.

Still, he questioned the value of state leaders mandating the current shared-services panels. Acquario said the counties are only “in the middle of the process” at this point.

“The state has to have more skin in the game,” Acquario said.

Login to post comments
More in this category: « Malta Volunteers Rally Around Military Veterans Equine Health & Safety Measures to Be Implemented “Immediately” at Saratoga Race Course »
back to top