“We feel this is a process and a labor love and we needed to take as long as it needed to take to make it as perfect as possible. That perfection means detailed craftmanship with every cut, every tile and every piece hand-laid and hand-measured,” said Adelphi Hotel COO Michel Ducamp.

“To do anything less would have been a discredit to the city of Saratoga Springs and to the building – which deserves to be renovated completely and thoroughly with no-holds barred and no corners cut,” said Ducamp, standing on Broadway in front of the hotel in the gleam of an afternoon sun that illuminated the copper face of the hotel’s street-side bar named after Saratoga legend John Morrissey. The one-time world heavyweight champion, congressman, and founder of Saratoga’s thoroughbred race course died of pneumonia at the hotel a year after it opened, and was laid in state in the second-floor parlor that opened onto the piazza.

The Adelphi first opened in 1877. More recently, it was purchased for $4.5 million by RBC Hotels - a hotel management company owned by Richbell Capital LLC-  and closed following the summer 2012 season for what was anticipated to be an 18-month renovation.  As construction got underway, however, it became apparent that extensive reconstruction would be required.

“With a building its age, one never knows what one may find,” Ducamp said. Richbell Capital and Blue Skies Forever subsequently partnered to create a new luxury hospitality company called The Adelphi Hospitality Group, and additional properties located on Washington Street just west of Broadway and adjacent to the Adelphi were purchased.  A plan presented to the city this week calls for an additional six-story hotel and spa with an indoor swimming pool and 50 rooms to be developed adjacent to the Adelphi on the Washington Street side, near UPH.  It will be connected in name to the Adelphi as well as physically connected as part of the expanding complex.

“Were trying to create, especially on the room side, a luxury hotel that is so special and different that we’ll be attracting people from New York, from Boston, from Montreal. We’re not competing with our sister hotels in town,” Ducamp said.  “We’re bringing more people to Saratoga Springs who will not only stay in our hotel and dine with us, but will go out to the street. They’ll want to clothes shopping, they’ll want to go to SPAC, to the races, and to the shops.“

Inside there is an “old/new” conception that boasts custom designed lobby chandeliers, entryway glass, and restored antiques refurbished in modern fabrics.

“Unfortunately, we pretty much had to gut the building because it was pretty dilapidated. We couldn’t keep very much of it, but we kept what we could. We wanted to keep the Victorian grandeur and at the same time make it appropriate for the 21st century,” Ducamp said. “We did keep the staircase. That is all original and it is spectacular. It was made of American walnut from 1877 from the forest outside of Saratoga Springs.”

The hotel stands four stories tall, the uppermost three floors with 11 rooms each, of which four are suites. There are 32 rooms in all - the variance due to the equivalent of one room being converted into a hotel guest library.

The rooms are equipped with individual thermostats which heat the bathroom floors, the towel bar, the toilet seat and the mirror. Almost all have free-standing European style deep-soaking tubs and a separate shower in the porcelainized Italian stone and marble bathroom. An integrated room automation system operates independent lighting fixtures, shades and drapes via a control panel. 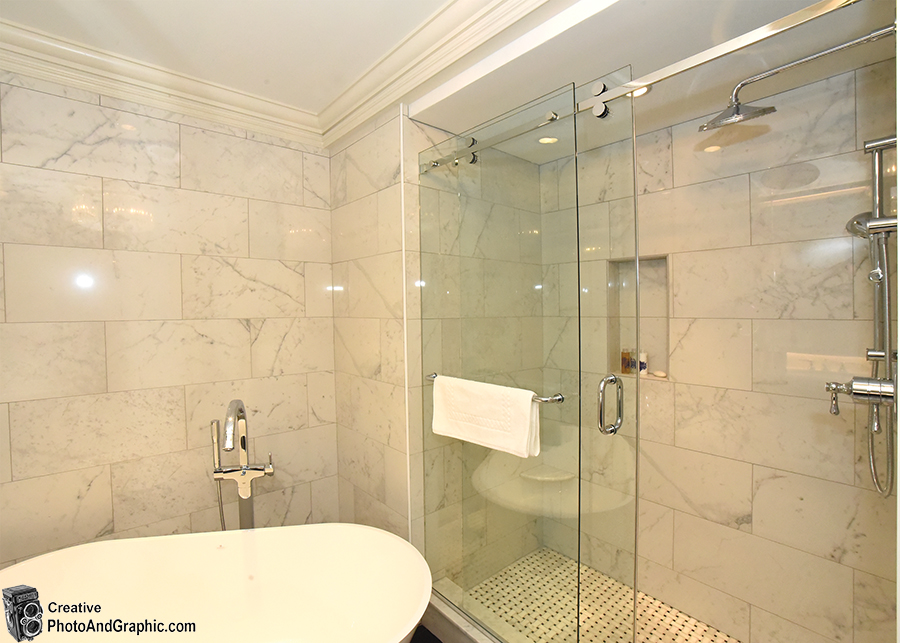 Room sizes vary from about 375 to 550 square feet and costs range from the high $200s or $300s in the winter and $800 to $1,200 in the summer. Suite rates are different and are sized up to 685 square feet and feature a large veranda overlooking Broadway.

Last year, the company opened Salt & Char - a modern luxury steakhouse. Inside the hotel, the owners will open Morrissey’s – which holds additional seasonal seating for about 40 people outdoors on Broadway - and the Blue Hen fine dining restaurant, which sits towards the back end of the lobby. Morrissey’s, like Salt & Char will offer lunch and dinner and the Blue Hen will offer breakfast and dinner. Outdoor seasonal seating aside, all will be open year-round. “The food will be exceptionally good, fairly-priced and unique,” Ducamp said.

The main floor will also feature a large ballroom, the front of which will serve as a social gathering place. At the rear will be the re-created the Adelphi Garden, which is anticipated to open next spring.

“It’s for everybody and very relaxed. People can walk in off the street sit down and chat,” Ducamp explained. “If you’d like to have a cup of coffee in the morning or a cocktail in the afternoon – that’s nice. If you’d like to have a business meeting, that’s great too. It’s purely a gathering place for everybody. We want to make sure people in Saratoga Springs feel welcome. It’s a piece of the city, it’s a part of our culture and we want to make sure that people feel welcome and at home.”

Food and beverage pricing will be reasonable, Ducamp said. “This is a building that goes beyond ownership of a physical asset. This is a cultural asset a cultural icon for the city and it would be shameful if we did not make it completely accessible to local residents.”

There are hand-carved mahogany and walnut mirrors in the hallway dating to the original hotel in the 1870s, custom-designed wall patterns exclusive to the hotel, an original raw steel support pole that travels along a north-south path through the floors, and a massive mahogany-and-walnut staircase that was painstakingly disassembled and completely restored.

“All of the wall coverings, all of the light fixtures, all fabrics are custom-designed, or are original. It’s not something that you can find in any store.”

There is a focus on sustainability both in the guest rooms and in the food and beverage detail, where non-GMO products are provided nearly entirely by local farmers, and everything is completely composted.

The exterior colors of the hotel very closely match the colors of the Adelphi in 1877, before the 20th century color palette moved toward darker colors and the rooms incorporate vintage glassware, hatboxes and magazines – the latter dating to at least the 1920s, as well as Italian linens and lighted makeup mirrors.  The beds incorporate custom-designed linens made in Italy, a unique artistic pattern that matches the wall coverings. and a 1-1/2-inch-thick mattress topper made of a product comprised of the processed bark of a eucalyptus tree that was grown in a biodynamic and sustainable forest in Austria. 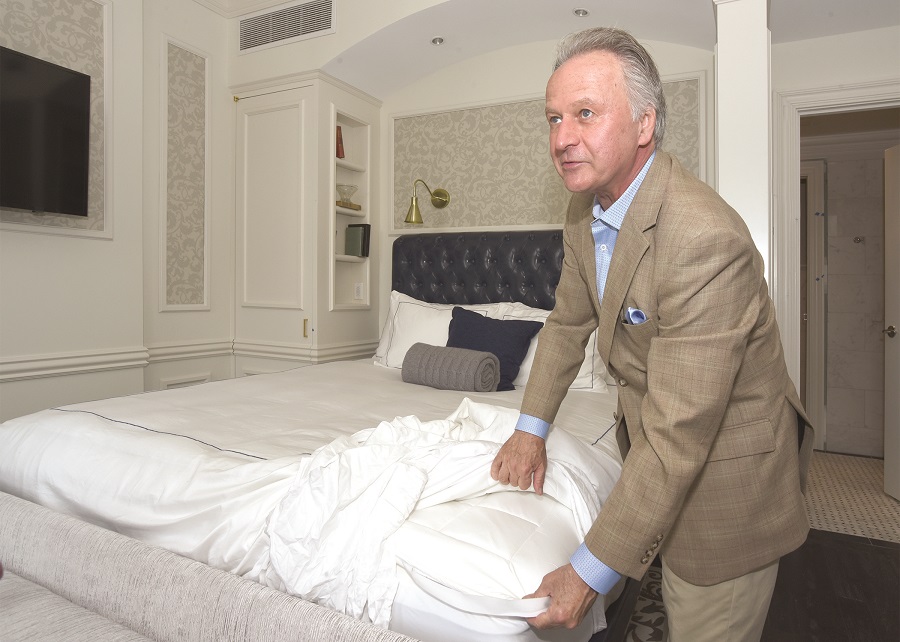 “It’s absolutely divine and there’s nothing like it. Once you get in, you’ll never want to get out,” Ducamp said. “In three weeks, we hope to open. It’s getting very, very close.” 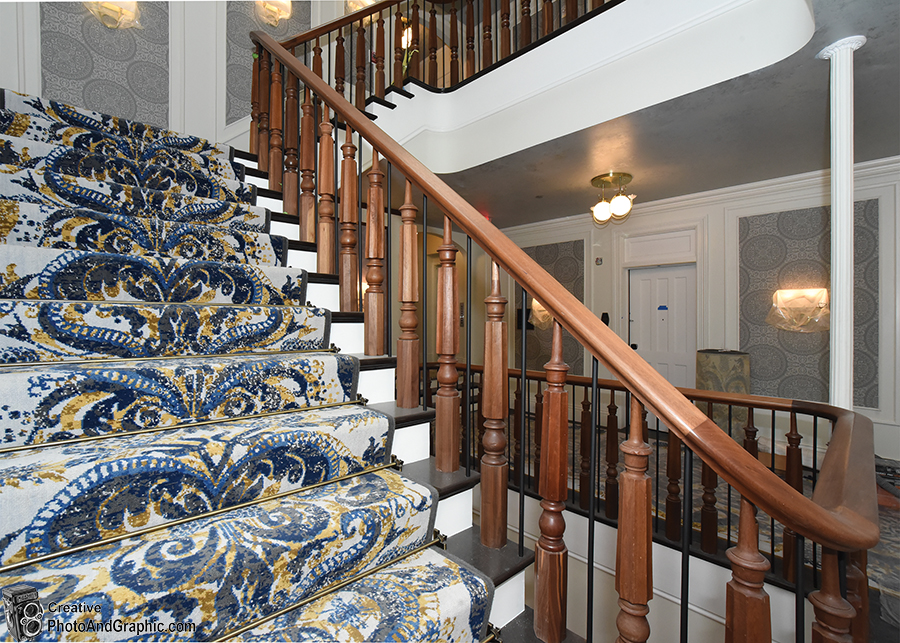 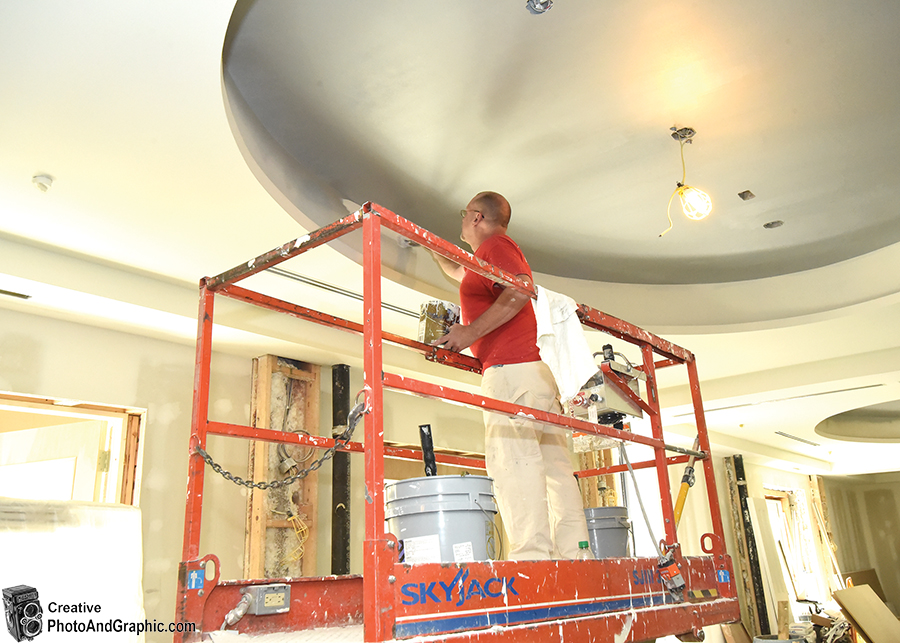 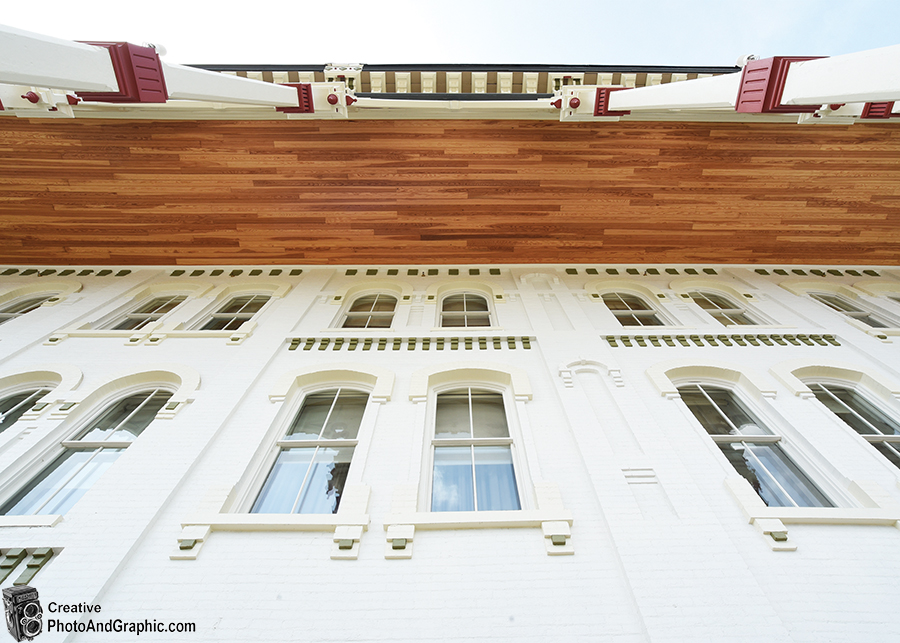