SARATOGA SPRINGS – The city based Code Blue emergency shelter, which has had a transitory geographic existence since its opening in late 2013, has one final hurdle before landing in a permanent home.

Earlier this week, the city Zoning Board of Appeals upheld its May 2017 interpretation that the proposed new permanent shelter on Walworth Street is zoning compliant. The ZBA’s unanimous 7-0 decision came in the aftermath of a legal challenge to halt its development, led by a group of 22 area residents, claiming the development is not a permitted use within the Urban Residential Zoning District.

Following the ZBA’s Jan. 8 approval, the 22 Franklin Street residents opposed to the project issued a statement saying they were disappointed by the “erroneous determination” and that they will be identifying their next steps and actions “in the near future." The group has until Feb. 7 to file an appeal. Claudia Braymer, an attorney representing the residents, said on Wednesday the group had yet to make a final decision regarding an appeal.

The Code Blue Saratoga program was born from the tragic death of Nancy Pitts. The 54-year-old mother of two sought shelter on a Williams Street porch during a frigid December night in 2013. She was discovered by police the next morning. Within days of the homeless woman’s death, a cooperative partnership between then mayor-elect Joanne Yepsen, non-profit organizations, and members of the community was initiated, and a plan set in motion to site an emergency shelter in the city. Since that time, a series of temporary shelters have been housed at St. Peter’s Parish Center, the west-of Broadway Salvation Army building, and the east-of Broadway Soul Saving Station Church, and at times met with public opposition by some residents who lived near the location where the shelter was to be sited.

Last February, local business owner Ed Mitzen announced he would donate the funds to construct a permanent Code Blue homeless shelter atop Shelters of Saratoga property on Walworth Street. Shelters of Saratoga, or S.O.S., oversees the Code Blue emergency program and operates a case managed shelter and a twice-a-week “drop-in” center - which draws 20 to 22 people each day - at its two existing buildings on the property.

S.O.S. Executive Director Michael Finocchi said having the Code Blue emergency shelter on its grounds benefit those seeking help and provide a greater continuum of services.  “First off, we won’t have to go looking for another (temporary emergency) place every year and it will also enable us to share services between Shelters of Saratoga and Code Blue – housing services, employment services; we can offer more to these individuals. This project will allow us to more easily connect homeless individuals with the support services they need.”

The city based shelter initially would open when temperatures dipped below 20 degrees Fahrenheit, but in early 2017 Gov. Andrew Cuomo signed an executive order which directed emergency shelters to operate when temperatures drop below 32 degrees. Currently, Code Blue is temporarily housed at the Soul Saving Station Church on Henry Street, where since mid-November the 41-bed shelter has been at full capacity. The proposed new building will consist of approximately 6,500 square feet of space and house about 50 beds. The two-story building is slated to include a large kitchen, laundry room, men’s and women’s sleeping rooms, multiple showers and bathrooms, a large storage area for donated food and clothing, and a small Code Blue office.

On a single night in 2017, 553,742 people were experiencing homelessness in the United States and more than one-fifth of those people were children, according to the Annual Homeless Assessment Report to Congress by the U.S. Department of Housing and Urban Development, which was released December 2017.  The number of people experiencing homelessness increased in 14 states between 2007 and 2017, and the largest absolute increases were in New York State – up by 43 percent during that time, according to the report, which notes that there are about 89,500 who are homeless in New York. And while New York may also have a greater population than many others, the national average state-by-state indicates 17 people per 10,000 are homeless, while in New York that ratio jumps to 45 people per 10,000 - a ranking that places N.Y. third worst in the nation.

The proposed permanent shelter Code Blue location heads for final approval back to the Planning Board, which meets for a workshop – a pre-meeting gathering – on Tuesday and for its full meeting Thursday, Jan. 18 when it is anticipated to discuss the matter.  The proposal is not expected to meet much resistance; the Planning Board was unanimous in its support of a special use permit and site plan review for the facility, last July.

“It’s got to go back to the Planning Board, but we won’t have to go through the whole process like we did the first time,” Finocchi said. “It was already there before, and the vote was 7-0. Once we get our approval we can file for a building permit.”

Depending on the length of this year’s spring thaw, the site housing the permanent Code Blue shelter building could be operational by the 2018-19 winter season, which begins next November.

Mayor Meg Kelly, who began her term Jan. 1, thanked the ZBA following Monday’s unanimous agreement. “Code Blue is a community problem and we all must come together as a community to solve this problem. We are better as a group to help the homeless during these brutally cold nights,” Kelly said. 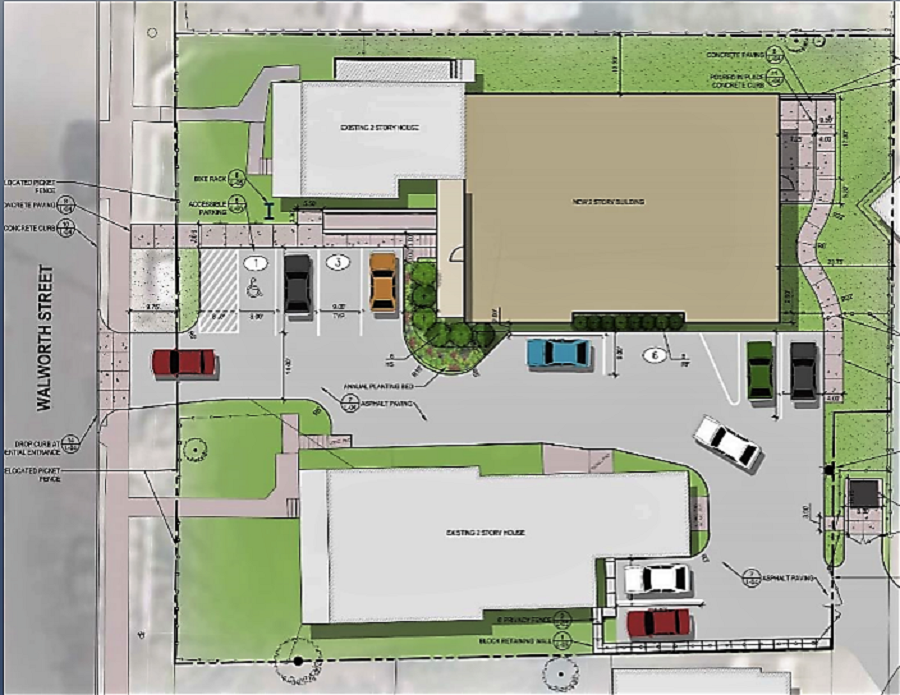 More in this category: « Code Blue Shelter Ramps Up for Freezing Season; ZBA to Discuss Permanent Shelter Proposal Monday A Time to Honor World War II Vets »
back to top