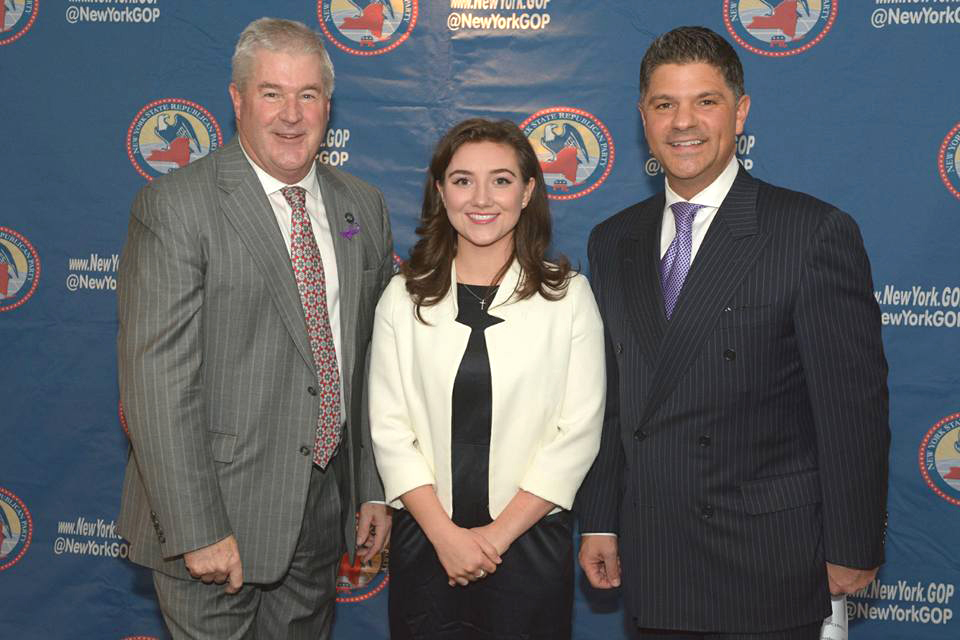 MALTA – At an event this week in Albany, New York State Assembly candidate Morgan Zegers was recognized for her growing role in the Saratoga County Republican Party.

Zegers was named a 2018 Rising Star along with honorees from five other counties in the Capital Region, including newly elected Town of Niskayuna Supervisor Yasmine Syed.

“I am honored to be named the Rising Star of Saratoga County. I am thankful to the Saratoga County GOP and to the New York GOP for being a party of inclusivity and innovation,” Zegers said in a prepared statement. “The Rising Stars from neighboring counties reaffirm my excitement for the future. I look forward to working with them to find financially responsible solutions for our community.”