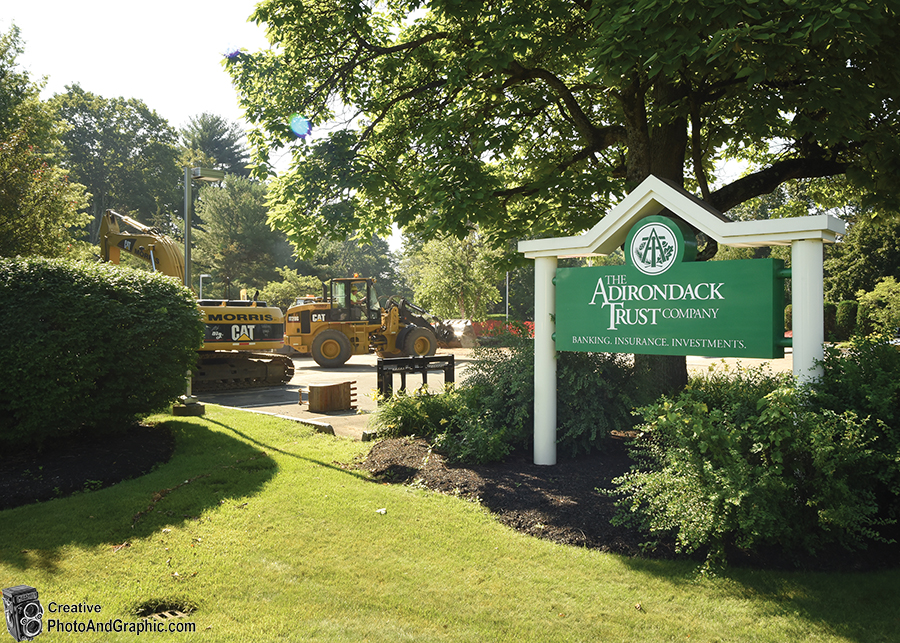 WILTON – Last week, the Wilton Planning Board voted unanimously to approve the finalized application of the Canyon Road Extension subdivision.

The construction of a special drainage system and 44 homes south of Gailor Road, on about 40 acres next to the Adirondack Northway’s southbound lanes, now can start.

“Thank you very much. It’s been a long haul on this one,” offered Joe Dannible of Environmental Design Partnership in Clifton Park, right after the Feb. 21 vote at Wilton Town Hall.

The Queensbury-based developer Galusha and Sons submitted the final application for the Canyon Run Extension homes in 2016. But such plans first arose long before that, according to Dannible.

“A significant amount of time has gone into this project to get us where we are today,” Dannible said, during his related presentation.

In addition to installing a network of underground pipes for adequate site drainage, Dannible indicated that Galusha and Sons has offered to work with homeowners across Gailor Road to mitigate their concerns about increased headlight glare.

The developer is willing to “negotiate” with those property owners and install up to $1,000 of landscaping before the new homes are complete, Dannible said.

He added that current residents of Damascus Drive will derive the benefit of less noise pollution from the Northway, since the “solid objects” of houses can block the sound of traffic more than the trees now on site.

Luigi Palleschi, a partner in the Schenectady firm ABD Engineers, prompted a long discussion about a separate application before the planning board submitted by North Manor Development.

The firm is proposing to build six homes in a cul-de-sac project, called Burnham Hollow Extension, at the end of Burnham Road.

The board members could not agree on the most appropriate way to proceed on North Manor’s proposal, considering the existence of a previous subdivision on Ernst Road that was approved but not built.

Palleschi said the Burnham Hollow homes were part of a plan first approved by the town in 2005. But board members could not determine which zoning variances are currently needed for the project.

There were other complications as well. Palleschi explained that National Grid crews had installed a gas line in the area after making an error in determining the actual property lines, which board member William Rice called “bizarre.”

The board also delayed conceptual approval for a three-story Ballard Road storage facility proposed by Northeast Tech LLC, as presented by Dannible.

Board members questioned the lack of storage units specified in the proposal and the number of parking spaces on site.

Original plans for that project called for a facility with 95,000 square feet of storage space, but the applicant increased it to 121,000 square feet.

The planning board did advance two separate proposals involving the Key Bank at the intersection of Route 50 and Old Gick Road; and the Adirondack Trust Company’s branch near the corner of Maple Avenue and Northern Pines Road that was lost to a fire last year on March 14.

The board voted unanimously on a positive recommendation to the Wilton Zoning Board of Appeals (ZBA) regarding site variances that Key Bank is seeking related to a redesign of the existing lot. It includes altering landscape “setbacks” from both busy roadways and adding 11 parking spaces.

Michael Conlin, a senior communications specialist for Key Bank, said the redesign was necessitated by the recent merger with First Niagara and the accommodation of more bank employees at that location.

Maple Avenue Fire Company Assistant Chief Gary Bullard attended the board meeting and inquired about improving fire truck access to the site. Bullard said there is already a “tight turn” from the access road that connects with Old Gick, due to the presence of a concrete island.

In an email, Conlin stated: “We have secured positive recommendation to the ZBA for the parking variances, with the condition that we assign two spaces as employee only. This is to limit the number of back up movements.”

Afterward, Bullard said he is satisfied with changes that were made by Key Bank to eliminate the island for a better “flow pattern” in the new design.

After the required town approvals are secured, Conlin said “construction is scheduled to take place in the spring or early summer of this year.”

In reviewing the application for a site plan amendment by Adirondack Trust, Dobis allowed a question from the audience that caused some back-and-forth debate.

Adirondack Trust Vice President, Security Officer and Facilities Manager Dean Kolligian explained to the board that advances in technology would allow the new Maple Avenue branch to utilize a “much more streamlined approach” to banking. It will have 700 square feet less space, he noted.

Later in March, the bank will seek variances for the new design and for exceeding a one-year limit on starting new construction. Kolligian cited recent weather delays and plans that were abandoned last year between Adirondack Trust and Stewart’s Shops for a combined location.

As part of its new design, Adirondack Trust also must invest in connecting to one of several nearby water lines and install modern sprinklers for any future fire protection.

Eric Rosenberg, a former candidate for Wilton Town Justice, insisted on addressing Kolligian directly in regards to a previous town “hamlet” law that was passed for that specific location. He said more sidewalks and landscape setbacks are required.

“If we have the opportunity to do that, why not?” Rosenberg asked.

Planning Board Attorney Justin Grassi of the Round Lake firm Miller, Mannix, Schachner and Hafner, was compelled to advise Dobis that members of the audience must always address any comments to the board and not to applicants in the room.