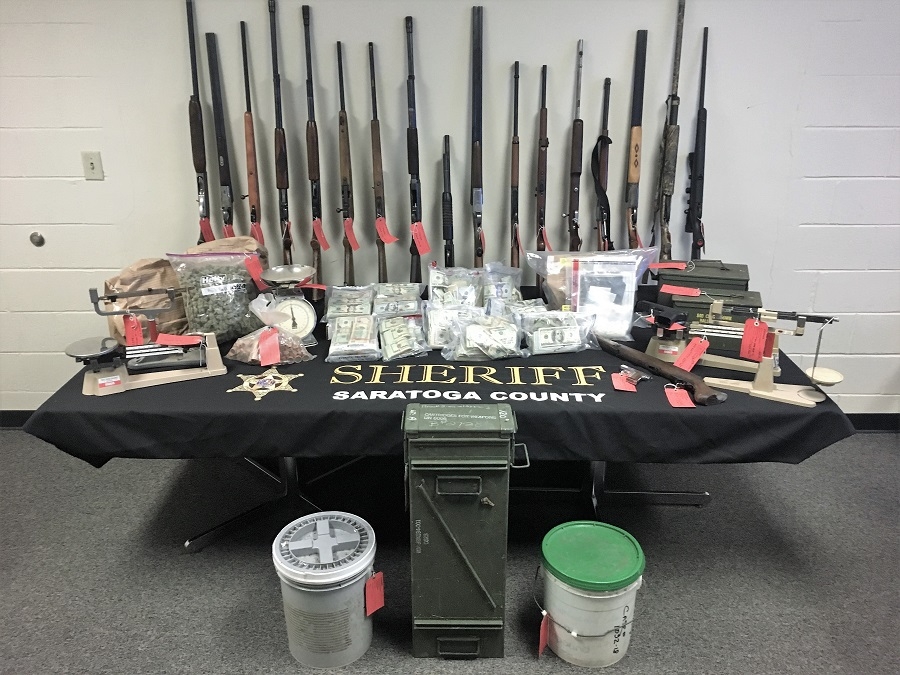 BALLSTON SPA – Sheriff Michael Zurlo on Monday announced what he called “the largest seizure of illegal narcotics that I have ever seen in Saratoga County.”

In September 2017 the Sheriff’s office initiated an undercover investigation during which they infiltrated the suspected drug ring.

“The seizure has made a major dent in drug trafficking that occurs in Saratoga County,” Zurlo said Monday, thanking local, state, and federal authorities involved in the case.

Kent D. Daniels, 54, Gansevoort. Charges: Criminal Sale of a Controlled Substance, a felony, and criminal possession of marijuana, a misdemeanor. Daniels was suspected to be distributing cocaine and marijuana throughout the county. He was sent to Saratoga County Jail on no bail.

Cleveland A. Francis, 44, Mount Vernon. Charge: criminal possession of a controlled substance, a felony. Francis is believed to have been distributing cocaine throughout the county. He was sent to Saratoga County Jail on no bail.

More in this category: « Naval Changes to Impact Community Town Historians Team Up to Promote New Book »
back to top