Soldiering For A Cause

SARATOGA SPRINGS - Diane Duhame says she has always felt the need to help others.

In late April, Duhame learned of a group of volunteers who host Friday get-togethers in Albany to provide hot meals for the hungry and necessary essentials to the less fortunate. “I thought: I want to do that,” says Duhame, who makes her home in Galway.

The Albany organization, who call themselves Street Soldiers, gather at the Soldiers' and Sailors' monument in Washington Park and was founded in 2016 by area residents Renee and Mike Fahey. Their motto: We can't change the world, but we can help those local who are a part of the world.

In Saratoga, things moved quickly. Drawing inspiration from The Faheys, a small group of volunteers assembled in May and were granted permission to set up some tables in the Salvation Army parking lot on Woodlawn Avenue.

“We started off with no idea what to expect,” Duhame recalled. “That first week we probably had two tables with some sandwiches and fruit. I didn’t know if anyone would show up.”  Volunteers from the Albany group came to support the Saratoga version of the Street Soldiers. About 15 people showed up that first week. The group has gathered every Saturday night since their inaugural May event.

“It just grew from there. More and more people started coming. Now we have eight tables and we take up a third of the parking lot,” Duhame says. “The last couple of weeks we’ve had about 40 people – and it’s not just for the homeless. There are a lot of people who are trying to make it on minimum wage. There are people leaving bad relationships and on their own. We have families come by and working people who are making minimum wage. They can keep a roof over their heads, but not everything else -   sometimes it’s some shampoo or toilet paper to get you through the week.”

The tables offer goods – from razors and shaving cream to hair conditioner, underwear and socks – as well as homemade food made by volunteers – a varying course of fried chicken and macaroni salad, to fruit and sandwiches.

“Everybody makes the Saturday supper and brings it over. We’ve had goulash and bean soup; we’ve also barbecued a few times. Every week it’s something else,” Duhame says. “It’s just a group of individuals who show up Saturday night to help our friends. These are people who have good hearts. There are a lot of good people in the world.” The core group of volunteers has grown to more than a dozen, and more are always welcome.

For those in need of a meal or supplies, there are no questions asked, and everyone is welcome, Duhame says. “There are no requirements. Just whoever needs it. We don’t ask for any kind of proof or even their name. And there’s no corporation (involved). Nobody has ever said anything negative to us. It’s been amazing, and it’s taken on a life of its own.”

The gatherings are staged 7 p.m. Saturday nights in the Woodlawn Avenue parking lot of the Salvation Army. The plan is to host the event year-round and there are currently discussions being held about moving to an early time slot, to maintain daylight hours, during the winter.

“I know it’s only going to get bigger and we would like more people to help out. I know people don’t want to come out every Saturday night, but people could do little things: make something and drop it off, or just tell us where you are and we’ll tell someone to come get it. We live all over Saratoga County,” she says.

The group has created a Facebook page - StreetSoldiers II Saratoga – which contains a “wish list” of supplies and food and information about how others may get involved.

“Sometimes people feel invisible. When someone pays attention, someone who touches your heart, it can make all the difference,” Duhame says. “It’s just human kindness.” 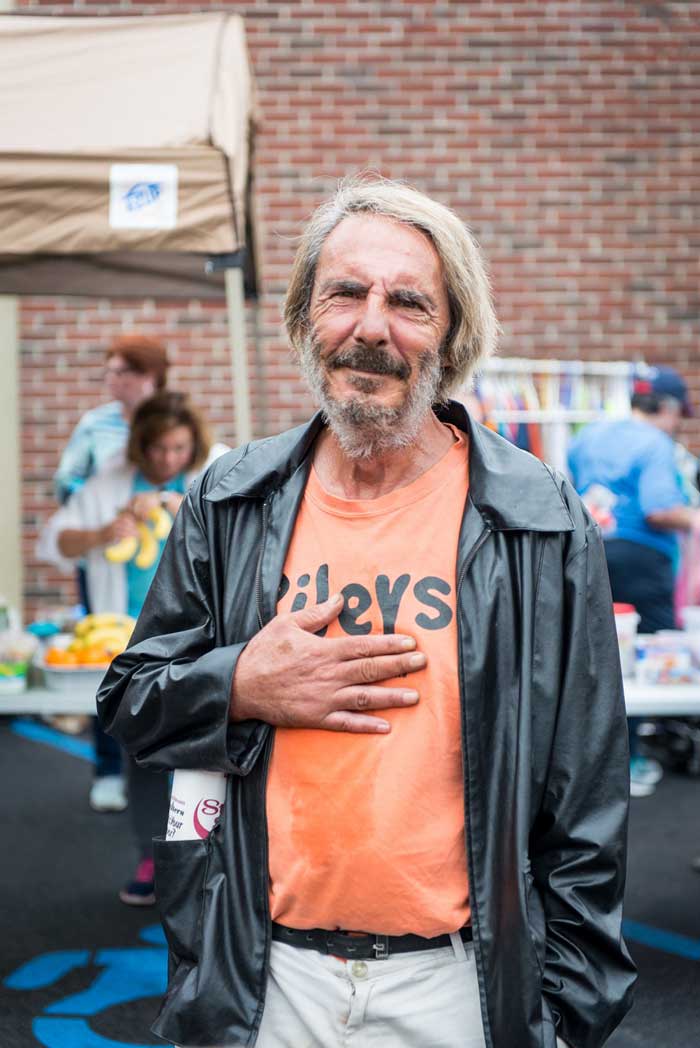 More in this category: « 15,000 Square Foot Warehouse & Showroom Coming to South Broadway It Takes a Community: Benefit for Kaitlin »
back to top