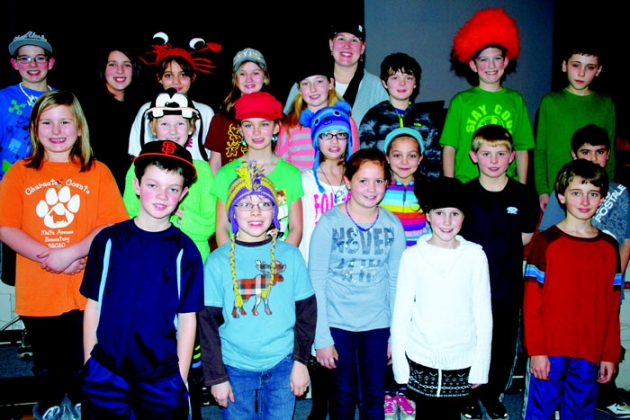 BALLSTON SPA - When Superstorm Sandy struck the New York coast last fall, the area was inundated with offers of help and supplies from citizens all around the country. But as the media’s coverage of the disaster began to fade, so did the aid from onlookers.

School districts across the state of New York are hoping to change that.

An initiative called Schools Helping Schools, started by the New York State Council of School Superintendents (NYSCOSS), is matching affected school districts with schools from all around New York in a statewide adopt-a-school donation and relief effort. Currently, 13 school districts downstate are still in need of relief and 25 districts from around the state have already committed to adopting each district—the most affected districts even receiving help from multiple other districts.

“Some of the downstate schools, especially on the south shore of Long Island, lost their entire school buildings,” said Kyle McCauley Belokopitsky, assistant director of government relations at NYSCOSS. “In one district, every single student in the entire district lost their home, so in that case, multiple districts would adopt that district and communicate with each other on how to support the school.”

“[Massapequa] did not have major damage to school buildings, but they’re trying to provide support for 275 homeless families who were displaced by Hurricane Sandy,” said Stuart Williams, BSCSD coordinator of community relations. “The families lost everything due to the hurricane damage and they are in need of resources to assist the families with daily living.”

In its efforts to help the families of Massapequa students, several BSCSD schools have created different fundraisers—the latest being “Hat Day” at Malta Avenue Elementary School, where students and staff paid a dollar to wear a hat in school for a day. The school only has around 400 students, but was able to raise an “exceptional” $513.12 to donate to the Massapequa school district, according to Williams.

“Students [and their families] and the staff are very supportive of assisting others in need, so when an unfortunate event such as this occurs, they step up and ‘get it done,’” Williams said. “Our schools include service learning and character education programs that include being a responsible citizen, and providing for others in the community is part of what we hope students learn.”

Other fundraisers in BSCSD schools have included a pasta dinner at Milton Terrace North Elementary, put on by third grade students to raise money for victims of Hurricane Sandy, which collected close to $1,800. Ballston Spa Middle School hosted their third “Scottie’s Closet” event and distributed all of the clothing left to the victims of Hurricane Sandy. Ballston Spa teachers and staff have also gathered supplies and donations for an elementary school in Coney Island.

Belokopitsky said schools throughout the state have been donating various items according to each district’s unique needs.

“We’ve had gift card drives so students can replace clothes or other things they need, and then we’ve had donations of monies to support extracurricular activities or academic field trips that were going to be cut because the districts couldn’t afford them,” Belokopitsky said. “Each district talks to each other and communicates and figures out what the adopting district can help with for the affected district, so every single match was very different and very unique.”

One school is even donating an entire library to another school that lost all its books in the storm, Belokopitsky said.

“They’re actually putting the kids from that school on a school bus with the books and driving them down to Long Island to deliver the books,” Belokopitsky explained. “They’re going to have a big day together where the students get to meet each other and talk and stock the shelves together to create a bonding experience for both students’ districts.”

Belokopitsky added that NYSCOSS is excited about the opportunities for students from across the state to bond with each other.

“It’s really bringing districts and students who would normally have no contact from some of our very northern and western country schools or our western schools, or even some of the state’s poorest schools and matching them up with downstate schools that are often very different from them,” Belokopitsky said. “It’s very exciting for us here at the Council to make this bridge between students—most of the districts that have been adopted are continuing communications and doing pen-pal relationships or student projects where they’re sending pictures to each other, so it’s really been a great bridging opportunity.”

As for the future of the Schools Helping Schools project, Belokopitsky said the project will continue even after the destruction of Hurricane Sandy has been alleviated.

“We’re hoping that [Schools Helping Schools] will withstand any future type of emergency, so we envision this continuing forever,” she said. “Hopefully, as schools need help we will reach out to colleagues across the state, whether it is a fire or another weather emergency. We’re still matching schools now for the hurricane, so it’s all still continuing.”

“Milton Terrace South Elementary School is also matched with the school district and will have several fundraisers in the coming weeks,” he said. “A ‘Coin Collection’ will be made via donation cans that will be placed in local businesses to collect contributions from the community, and a ‘Have a Heart Clothing Drive’ will be held February 11-15.”

During that week, new clothing and gift cards will be collected—the clothing doesn’t matter if it’s for a girl or boy, size, color or item, as long as it is new for winter or spring. “A Taste of Milton Terrace South” will raise money as staff members make a monetary donation of their choice to sample the various soups/chilies prepared by other staff members during an upcoming luncheon. All funds will be used to purchase gift cards to send to Massapequa.

More in this category: « Shark Tank, Saratoga Style Buy Local Campaign Takes Off »
back to top