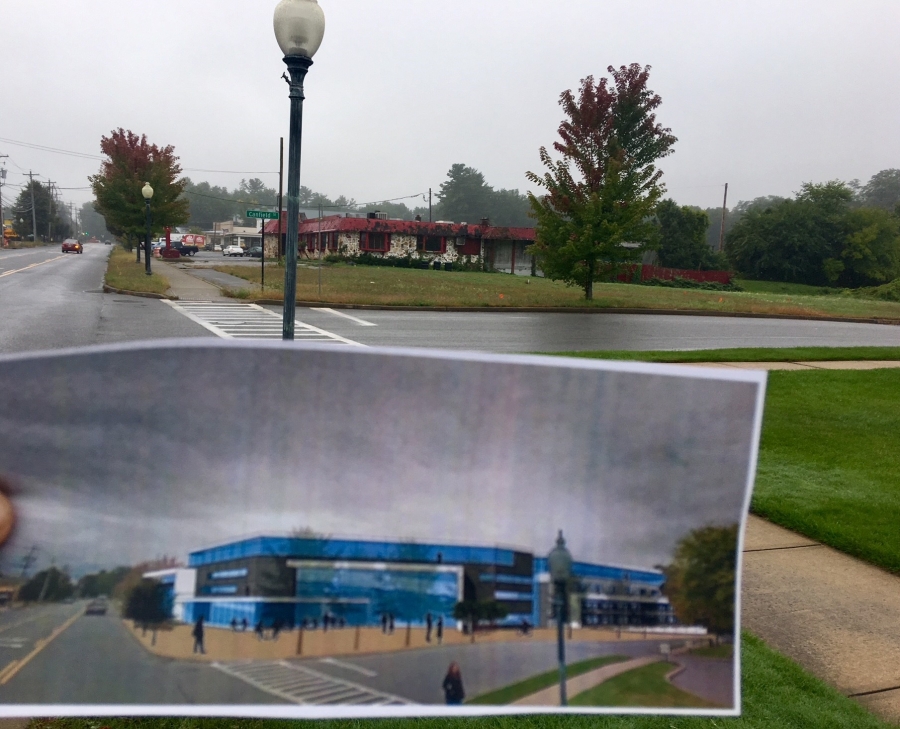 South Broadway on a rainy, Tuesday afternoon, Oct. 2 2018 - and the proposed new SoBro project slated for the spot. Thomas Dimopoulos

SARATOGA SPRINGS - In addition to the first presentation of the proposed 2019 city budget, the Council tonight will vote on a PILOT agreement regarding the planned mixed-use development on South Broadway, which currently sites the former Saratoga Diner.

The proposed project will include 101 multi-family dwelling units – 68 of those units “for citizens having household incomes less than or equal to 60 percent of area medium income (“AMI”) for Saratoga County, adjusted for family size.”

AMI for Saratoga County is approximately $86,400. Sixty percent of that number translates to a family of four having a household income of $51,840 or less. The income number roughly decreases approximately $5,000 for each member of the family less than four.

In addition to the 68 units, another 14 units are to be specifically designated for veterans. The remaining 33 units are for persons having household incomes of between 60 percent and 130 percent of AMI or less.

The planned project is named “SoBro,” as it is SOuth of BROadway, and reminiscent of the SoHo (SOuth of HOuston Street) moniker placed on a portion of lower Manhattan – known in the 1970s and ‘80s as an inexpensive haven for creative artists and independent business owners, more recently gentrified and home to box stores.