The Price of Forever 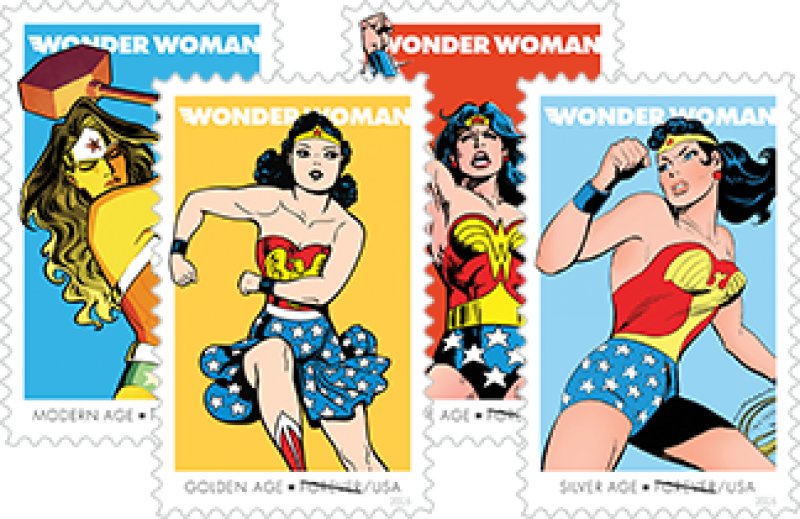 SARATOGA SPRINGS – When the United States Postal Service first issued its “Forever” stamp in 2007, it boasted a unique commodity. Here is a non-perishable product that would maintain its value in one ounce-weight, no matter how much costs may increase in the future.

Forever stamps are non-denominational first-class postage, which means that they can be used to mail First Class letters no matter what the postal rate. In other words, if you purchased the stamps in 2007, which cost 41 cents at the time, then they may continue to be used in the present day for a normal-sized letter weighing one ounce or less, even as postage rates have increased. Forever stamps have also gone up in price - to 42 cents in 2008, 46 cents in 2013, 49 cents in 2014.

This week, the USPS raised the price of new Forever stamps up to 55 cents, which went into effect Jan. 27.

Since their first issue in 2007, a variety of faces have graced forever stamps – from songwriter John Lennon to America’s first woman in space, Sally Ride; from the animated Great Dane Scooby-Doo to TV’s Mr. Rogers. There are stamps which have honored Americans who participated in WW I, and others recognizing First Responders.

Additions to the 2019 Stamp Program – although not all will be marked as “Forever” stamps, will include: the 150th anniversary of the completion of the transcontinental railroad; multiple works by artist Ellsworth Kelly (1923–2015); a tribute to Marvin Gaye, and one commemorating the 50th anniversary of the 1969 Woodstock music festival. Another will celebrate murals created inside five different post offices during the era of the Great Depression that were designed to add a touch of beauty to post office walls and help boost the morale of Americans.

While not included in the Post Office Mural pane, locals will note the Saratoga Springs post office on Broadway displays two murals titled “Saratoga in Racing Season,” which were painted by Guy Pene du Bois under the Treasury Relief Art Project in 1937.

On another local note, artist Ellsworth Kelly – whose work will be featured on a 2019 stamp - has been exhibited at the Frances Young Tang Teaching Museum and Art Gallery, on the campus of Skidmore College. In 2015, the Tang received a $100,000 challenge grant from the Ellsworth Kelly Foundation for the purpose of supporting the conservation and care of its 7,000-plus-work collection. Additionally, Ian Berry, the museum’s Dayton Director, worked as a studio assistant for Kelly in the 1990s.

As to how the illustrated face of a stamp is chosen, USPS spokeswoman Maureen Marion says a Postmaster General’s Citizens’ Stamp Advisory Committee meets quarterly and is involved in the decision-making process.

“They look at thousands of recommendations that come through,” she says.  The CSAC was established in 1957. Their meetings are closed to the public.

One notable proposal floated during the lick-and-stick stamp days was a four-panel beer stein depiction which had a pretzel flavored taste to it when you licked the back of the stamp, Marion says. “But, that didn’t come to pass.”

The Richard Nixon stamp, issued in 1995 after the former president’s passing, was the first stamp on a major scale that moved away from the lick-and-stick variety and on to the adhesive option.

“Just imagine, there are people graduating college now who have never licked a stamp,” Marion says.

As for the Stamp selection process, the U.S. Postal Service welcomes suggestions for stamp subjects that celebrate the American experience. Any proposal that meets the established criteria will be considered.  That criteria may be found at: https://about.usps.com/who-we-are/csac/criteria.htm. As of January 2018, no living persons will be honored on a stamp. Deceased individuals will be honored no earlier than three years after his or her death.

More in this category: « 21st Annual Chowderfest Saturday, Feb. 2 Saratoga Springs Commissioner of Public Safety Peter Martin Will Not to Seek Re-Election »
back to top