Bad Authors Get Their Night at Northshire on Wednesday 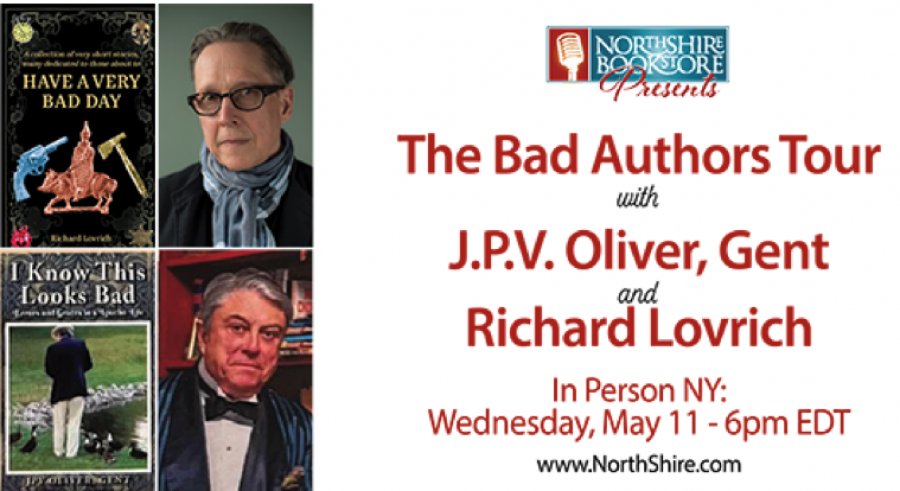 SARATOGA SPRINGS - They are: two wild and im-pec-cably dressed guys.

Raconteurs, humorists and colorful characters J.P.V. Oliver, gent. and master image-maker and word slayer Richard Lovrich will dock their mothership on Broadway next Wednesday when they descend upon Northshire Bookstore Saratoga to tell stories and share anecdotes from their latest respective books, as part of their Bad Authors Tour ’22.

The bookstore says: “This is sure to be a side-splitting evening!” So whether you’re willing to have your torso cleaved, your ears teased, your mind illuminated, or just want to ask the guys just-where-do-you get your clothes? it's an anythong-goes affair.

Show time is at 6 p.m. on Wednesday, May 11 at Northshire Bookstore, 424 Broadway, Saratoga Springs.

SARATOGA SPRINGS –  A new spy thriller which includes action scenes that take place at Riley’s Lake House, the United States Hotel and other Saratoga locations in 1940 will celebrate its book launch at Northshire this month.

Lawrence Dudley’s “New York Station” has been hailed by Publisher’s Weekly as a gritty spy thriller featuring “a multifaceted protagonist who’s a refreshing change from formulaic genre,” and by critic Angela Woltman for its “never-ending supply of action, new characters, and puzzling subplots.”