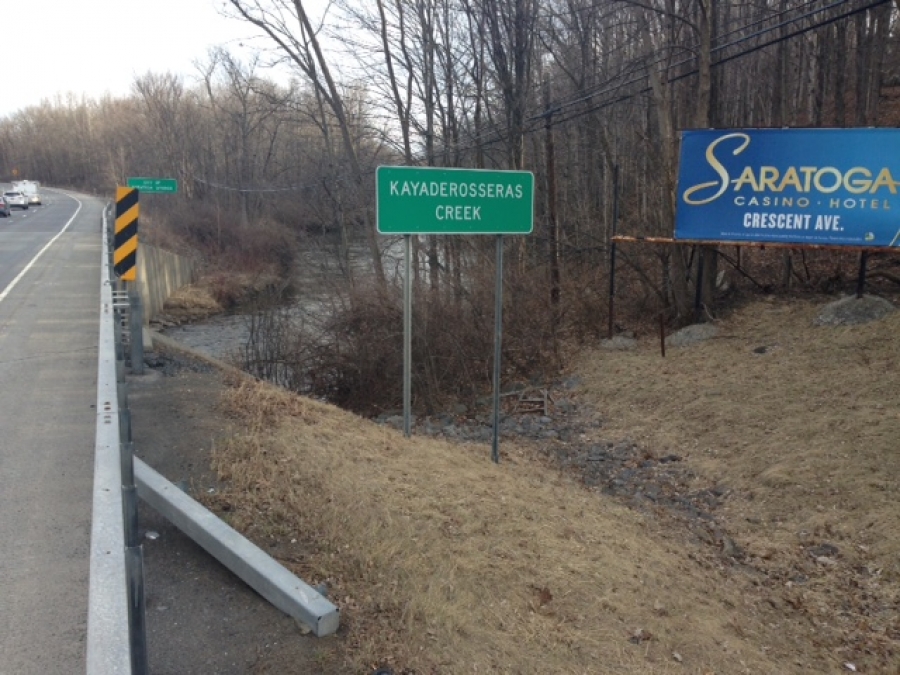 MALTA — Talk of a creek, new businesses and fancy fire sprinklers occupied town officials in Malta for most of a regular meeting last Monday night.

The Malta Town Board heard a presentation at its March 6 meeting focused on the Route 9 North Corridor Plan. The plan is being considered as a means to simplify future approvals of commercial construction along one of Malta’s two main thoroughfares.

The presentation was given by Anthony Tozzi, Malta’s building and planning coordinator, and Chris Morrell, a retired law enforcement professional. Both men were selected to sit on the committee charged with preparing the Route 9 corridor plan. Morrell chairs the committee.

Among other matters, Tozzi discussed the importance of preserving wetlands along Route 9 north of the town complex. There should be language in the final report making it clear to all parties that “you can’t develop here,” Tozzi said.

Morrell added that parcels of land near Exit 13 of the Adirondack Northway may give town officials “grief” due to proximity of the Kayaderosseras Creek, forcing them to consider “creative” solutions to protect such wetlands.

Malta Supervisor Vincent DeLucia said the board is gathering information necessary to complete the final stage of a four-part upgrade to zoning rules, similar to previous changes made that affected Route 9 farther south as well as stretches of Route 67 east and west.

Soon, after scheduling a required public hearing, the town board is expected to approve the fourth zoning upgrade. “I’m quite confident that will occur before this summer,” DeLucia said.

In general, according to DeLucia, town officials want to encourage commercial activity on certain sections of both state highways while firmly establishing rural preservation areas.

He said Malta’s parks and recreation trails “need to be maintained,” but that it is also crucial to pursue commercial development in order to avoid imposing a town tax in the future.

“We need to increase our share of county sales taxes,” the supervisor said.

In other business, the Malta town board heard again from Tozzi in regards to a local law involving the installation of better fire sprinklers in commercial and residential buildings.

Tozzi said the need for more effective fire sprinklers was highlighted by a destructive fire late in 2013 at the Dunkin’ Donuts headquarters near Exit 12 of the Northway.

Town Attorney Thomas Peterson advised the board that a previous local law it passed, pertaining to fire sprinklers, “can’t be enforced” because it is superseded by the New York State Uniform Fire Prevention and Building Code. “We should get it off our books as soon as possible,” Peterson said.

DeLucia explained that the debate basically revolves around increased costs for future projects, commercial and residential, totaling about 25 cents per square foot.

As an example, DeLucia said construction of a typical private home could incur $2,500 to $3,000 in extra costs. Malta needs to settle on fire sprinkler codes that are acceptable to builders, he said, “and at the same time create the absolute safest environment.”

“We have to meet a balance,” DeLucia added. “That’s going to take us a while.”

Peter Shaw, chief of the Malta Ridge Volunteer Fire Department, told the board it was “extremely disappointing” that state and local officials could not agree on the installation of higher quality fire sprinklers in new structures.

Firefighters need all the help they can get, according to Shaw, because a steady decline in men and women volunteering for service is putting pressure on many fire departments.

“I just don’t understand the whole state process,” Shaw said. “The clock is ticking. Every day buildings are being built.”