New Convenience Store Around the Corner 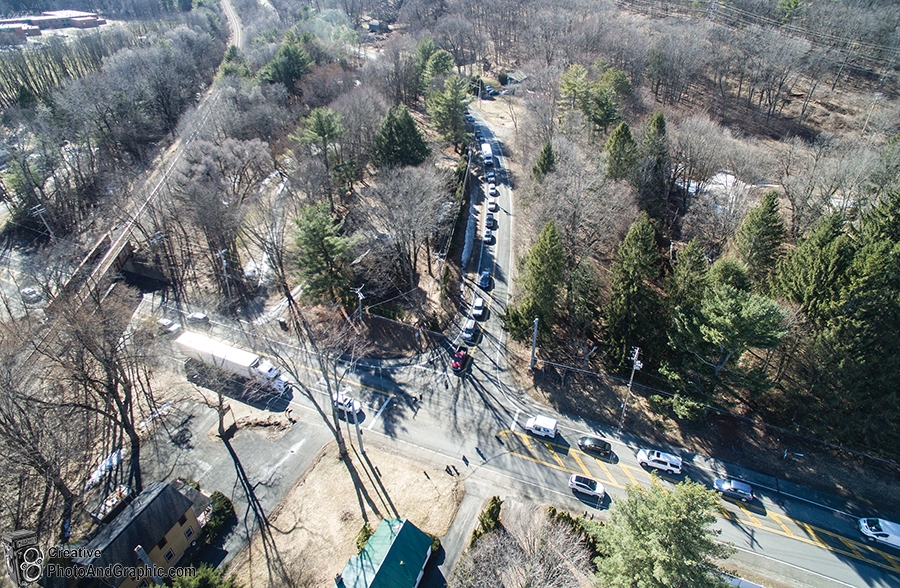 WILTON – Travelers along a popular stretch of Route 9 will soon have a Cumberland Farms to fill up their gas tanks and coffee mugs, but concerns remain about upgrading the state highway to more effectively handle traffic in the area that is already heavy.

On February 15, the Wilton Planning Board gave its final approval for a new Cumberland Farms store near the intersection of Route 9 and Daniels Road, north of the Maple Avenue Middle School.

“The more business on Route 9, the better,” says Robert Pulsifer, a former Wilton planning and zoning attorney whose law offices have been located across from the project site for many years. “I’m in favor of the project. It’s private property,” he added.

Still, according to Pulsifer, the New York State Department of Transportation (DOT) “ought to be looking” at ways to improve the flow of traffic in the area.

Pulsifer said the most effective action the DOT could take is to consider the addition of “a right turning lane headed south onto Daniels Road” utilizing the current shoulder on Route 9, according to minutes of the January 18 Wilton Planning Board meeting.

The Cumberland Farms store is “going to be generating more traffic and it’s already a problem,” Pulsifer told the board, “and if they’re going to be granting an easement to the town for some future use like sidewalks, we all know that sidewalks are not going to make sense. It’s a driving area not a walking area. Why not use that [shoulder] now for that right-hand turn lane to siphon off that extra traffic.”

Pulsifer and other residents also pointed to regular traffic backups on Daniels Road that are bound to get worse after the new store is built.

The town of Wilton has authority over Daniels Road, but the state has authority over Route 9, Pulsifer explained. He said any improvements to the local roads should be made before construction even starts on the Cumberland Farms.

State DOT officials could not be reached for comment. Lucy Harlow, the executive secretary of the Wilton Planning Board, declined to comment.

“I drive Route 9 every day,” offered Ross Galloway, a site acquisition and development manager for Connecticut-based First Hartford Corporation, who manages the site for Cumberland Farms. Galloway and his family live in Wilton.

“Our development does not create traffic,” Galloway said, noting how the new convenience store will attract travelers who already pass by on a regular basis.

Construction of the new store in Wilton is expected to begin no later than June. Cumberland Farms is also building stores in Colonie and Rotterdam, with plans for perhaps a half-dozen others in the works, Galloway said.

In response to the concerns raised by Pulsifer and other residents, Galloway said current traffic volumes on Route 9 are “not even a blip” on the radar of state DOT officials.

“There’s no merit to it,” Galloway said.