Charter Change: Back on the Ballot 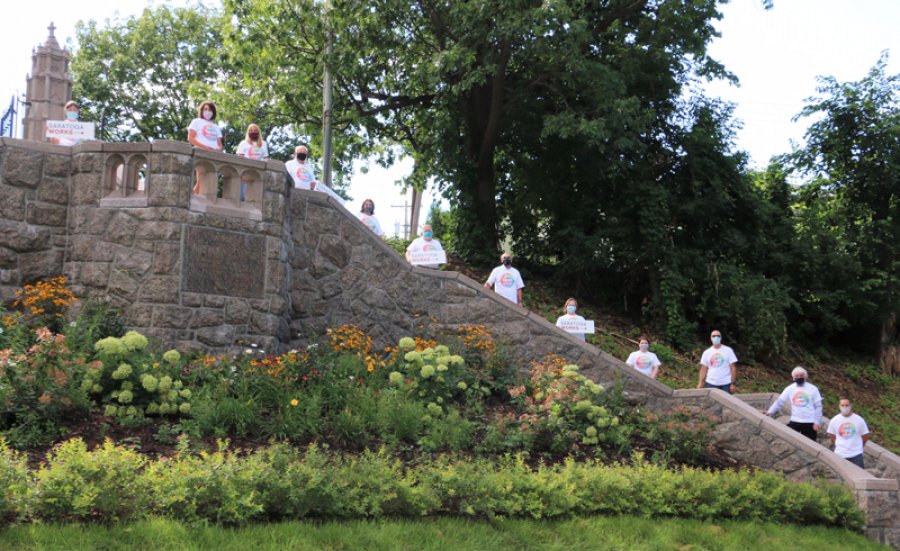 SARATOGA SPRINGS — On Election Day, city residents will be asked to consider a change in the only form of governing that Saratoga Springs has known since its inception as a city in 1915.

The current “Commission” form of governing features five council members – one mayor, plus four commissioners heading the departments of Public Safety, Public Works, Finance, and Accounts, respectively.  Each council member is responsible for administering their own department as well as serving as legislators. In this council of five, each of whom is elected to two-year terms, decisions are made by majority rule.

The “Council-Manager” proposal calls for replacing that “Commission” form in favor of one that includes a mayor – elected by the voters of the city at large, and six members elected from city wards by the voters of those specific wards. Those six wards are to be comprised of equal voting population.

That city council of seven would then appoint, set the salary for, and hire a City Manager. The idea is that residents would be represented through the ward system, and the manager held to accountability via the city council.

Weihe said a change in Saratoga Springs’ current form of government would be risky during a time of a pandemic and subsequent economic crisis, and that this “expensive version of charter change” would politicize neighborhoods by dividing them into wards.

Those financial concerns are specifically related to what the overall costs could be should the plan be implemented; even though some city deputy or assistant salaries would be saved, new workers would still need to be hired to conduct the work the current city employees are doing, she argued.

“We don’t know what it will cost. This is more of a concept than a plan,” she said.  A website, saratogaworks.org, was launched in conjunction with the group gathering.

Gordon Boyd is a member of the citizen group proposing the new charter for the city. Last summer, a group of 41 residents circulated the petitions necessary to place the proposition on this November’s ballot.  A total of 1,565 registered voters signed the petition to put the proposal on the ballot.

“We’ve got a chance to start fresh coming out of this public health crisis,” said Boyd, adding that an information website is anticipated to be launched sometime around Labor Day, heading into the election season. If approved by voters, the measure is expected to take effect in January 2022.

The concept of a Commission form of government was founded in Galveston, Texas in 1901 after a storm ravaged the city, killing more than 5,000 people and creating the need for a useful way of post-disaster governing. It proved to be an efficient measure as well as a popular one. By 1912, 206 cities in 34 states had followed suit. Saratoga Springs adopted the commission form of governing shortly after it was incorporated as a city in 1915. Since its popularity in the early 20th century, however, many cities have since switched to other forms.

SARATOGA SPRINGS — The City Council held a lengthy and at-times heated discussion Tuesday night about whether to fund a Special Election in May or June as requested by the Charter Review Commission, to potentially change the way the city is governed.

Since its inception as a city in 1915, Saratoga Springs has operated under a Commission form of Government – that is, with four commissioners and one mayor each running separate departments and all having equal say. Mandated to review the City Charter every 10 years, the Charter Review Commission, a 15-person group appointed by members of the City Council, recommended bringing to voters a proposal that the city adopt a Council-Manager form of governing. Under such a plan, the council would be charged with hiring a professional city manager to carry out policies.

A measure to fund the Commission’s $46,000 administrative budget – which includes fees for legal consulting, sending informational mailers to residents and a clerk to transcribe meeting minutes – received unanimous council approval, but a $37,000 request to fund a Special Election in May or June was rejected by a 3-2 vote.

City Mayor Joanne Yepsen, who voted to support funding the Special Election, said if the Charter Commission desired to hold a vote in May, then it was their right to do so. “I think we’ve got to let the voters decide. I don’t think it’s up to us - when it should be, or what they should put on the referendum,” Yepsen said. “I think it’s in our best interests to move this forward regardless of what we all think personally.”

Franck, Madigan, and DPW Commissioner Anthony “Skip” Scirocco rejected the funding request, and each stated the public would be better served – both in cost savings and by a larger voter turnout - should the referendum be held in November.

“I think it disenfranchises people. This is voter suppression, I don’t care what anybody says,“ said Scirocco.

Public Safety Commissioner Chris Mathiesen, like Mayor Yepsen, voted in favor of funding the Special Election. He argued that the issue requires its own attention rather than it being added to this November’s Election Day slate, which will include all five council member seats up for vote.

“I think this is such an important issue and a vital part of looking at where our city is going that it needs to be decided upon separately, and in an environment not muddled by the political intrigue that often comes with our November elections and all the special interests that rise up,” Mathiesen said. Following the vote, Yepsen attempted to provide information about the ramifications of the council’s vote and what the next steps might be regarding the Charter Commission’s potential actions, but was not permitted to do so by other members of the council.

“This will come down to a lawsuit, I suspect, and the courts will decide what they’re going to do with this,” Franck said. “There may even be a lawsuit at the City Council level.”