SARATOGA SPRINGS – He has a career spanning over 50-years developing what can only be described as a labor of love: Horse racing’s preeminent cartoonist, chronicling in caricature the leading lights of the sport of kings with verve, style and impish good humor.

Pierre Bellocq, known affectionately to racing fans as PEB, whose iconic cartoons were a staple of the Daily Racing Form, is continuing to embrace life well into his ninth decade. And he shows no signs of slowing down. This summer, he is returning to Saratoga Springs for the first time in a few years (“a place that I always feel happy,” he said) to receive richly deserved accolades at some of racing society’s leading galas and events. PEB was one of the honorees at Equine Advocates Gala this past Thursday, July 30, at which several of his collectable cartoons were among the auction items.

He also has been commissioned to paint a fiberglass horse with the likeness of current triple-crown winner American Pharoah, to be auctioned at the Sunday, August 9 gala (“The Foods of Anne Burrell”) to benefit the Thoroughbred Retirement Foundation at the Canfield Casino in Congress Park (for information, visit www.trfinc.org). PEB is planning to attend this event as well.

It’s been a long, cheerful road for the man who once voyaged to the US from France in the 1950s. “I was sponsored by the then owner of Laurel Race Course in Baltimore, John D. Shapiro, who was looking for an illustrator for his track program,” PEB said. “Most people don’t know this, but I actually came over on a cargo plane with five horses! For me, it seemed luxurious being able to sleep in all that hay. And it gave me an opportunity to brush up on my English with the grooms.”

His patron, Shapiro, also connected PEB with work at a local advertising agency, and eventually, the Daily Racing Form, where he rapidly grew to be a 365-day institution – frequently his cartoons would be prominent on the front page of racing’s bible. “I mostly made my choice of subject with little direction, featuring the leading event of the day and focusing on the personality of trainer, jockey, horse as I saw them,” he said.

How did the subject feel about being caricatured? “Well, usually they were gratified. I recall one person saying: When I’ve been drawn by PEB I know I’ve made it!” He said. “Although, I’ve learned over time that it is wise to be extra-sensitive as to how I draw the ladies.”

While most of PEB’s cartoons would reflect the good-natured and humorous side of racing, he would also cover the controversial issues (such as doping or mistreatment of horses) when the situation called for it. Which is precisely why he is a worthy honoree at this year’s galas.

Also, some may not be aware that for many years he pulled double-duty: Skewering politicians and the great issues of the day three times a week as a political cartoonist at the Philadelphia Inquirer. “I preferred international issues over local – they were less likely to come looking for me!”

Even over the phone, you can feel the joie de vivre and warmth in his voice – the voice of a man who loves sharing his gift with others.

Regarding Saratoga, PEB first came visited as a guest of jockey Jean Cruguet and his wife. “So many memories… on my first outing, Saratoga reminded me of the atmosphere at Deauville” (a race course in in the Basse-Normandie region of France,) PEB said. “So beautiful, the morning workouts, breakfast at the track, the museums…”

“Saratoga. Going there, it’s always something I always look forward to,” he said. 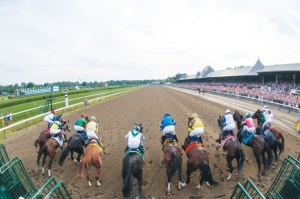 A Look at Thoroughbred Racing Immortals

There’s a bit of a lull this time every meet. The momentum from the first few weekends has worn off, yet it’s before the big finale of Travers and then closing weekend. There’s no better time for Saratoga to turn its attention to racing’s immortals. 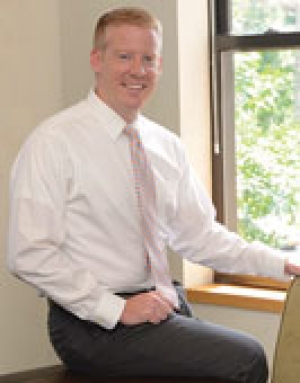 Gansevoort Man to Wager $15,000 of Someone Else's Money

SARATOGA SPRINGS — He may be a winner. Kevin Brockley of Gansevoort is the first person chosen in the Saratoga 150 contest where a total of five people will be chosen at random to bet $15,000 on the featured Stake race each week.

There’s Something About the Whitney

Depending on the weather, it is the one day of the Saratoga meet that threatens, and sometimes surpasses, Travers Day. You can look at handle, you can look at attendance, but the buzz around the Grade I $750,000 Whitney Invitational can hardly be measured. The Whitney kicks off August, the Travers sends it packing.