She brings 10 years of experience in infectious disease medicine. For five of those years, Kilayko practiced at Hudson Headwaters Health Network in Queensbury with providers who are now members of the Saratoga Hospital Infectious Disease team. 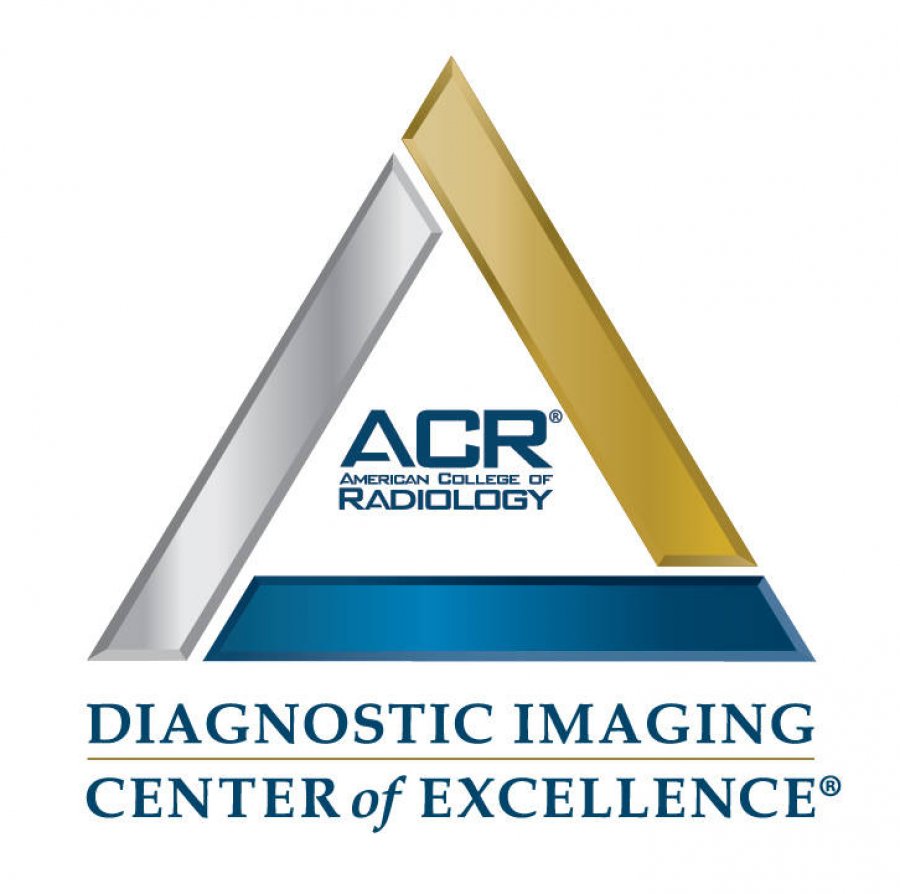 SARATOGA SPRINGS — Saratoga Hospital has once again been designated a Diagnostic Imaging Center of Excellence – the highest level of recognition awarded by the American College of Radiology.

The hospital first earned the designation in 2017 and has remained the only Diagnostic Imaging Center of Excellence in the Capital Region since. Redesignation was awarded this fall and applies to all imaging services at Saratoga Hospital, its Wilton campus, and mammography and bone density imaging on the Malta campus.

To earn the Center of Imaging designation, facilities must first be accredited in each imaging service for which the American College of Radiology offers an accreditation program.

In addition, Centers of Excellence must participate in national radiology data registries as part of benchmarking and quality improvement efforts and must take steps to limit patients’ exposure to radiation. This includes using the lowest possible dose of radiation during imaging procedures and avoiding unnecessary imaging exams.

SARATOGA SPRINGS — Saratoga Hospital has received the American Heart Association’s Get With the Guidelines® - Stroke Silver Plus Quality Achievement Award.

The national recognition acknowledges Saratoga Hospital’s commitment to providing patients with the most appropriate stroke treatment, in keeping with the latest research-based guidelines.

“Our goal is to give our patients the best chance for survival and quality of life after a stroke,” said Dr. Robert Donnarumma, chair of the Department of Emergency Medicine at Saratoga Hospital and medical director of its stroke program. “Get With The Guidelines provides tools and resources – including achievement measures – that help us follow evidence-based guidelines and improve patient outcomes.”

Stroke is the No. 5 cause of death and a leading cause of adult disability in the U.S. On average, someone in the U.S. has a stroke every 40 seconds, and nearly 795,000 people have a new or recurrent stroke each year. Early detection and treatment are key to improving survival, minimizing disability, and speeding up recovery times.

Saratoga Hospital has made significant investments in recent years to enhance stroke care. In 2020, the hospital launched a teleneurology program – including telestroke care – to give patients 24/7 emergency access to neurologists who have extensive experience treating strokes.

SARATOGA SPRINGS — Saratoga Hospital has promoted Sarah Bunzey of Hadley to Director of Women’s Health Services. She has worked at the hospital since 2004, most recently as a clinical coordinator in women’s health services.

For Bunzey, the promotion is the next step in the realization of a childhood goal. She has known since her teenage years that she wanted to be a perinatal nurse, caring for women during pregnancy, childbirth, and postpartum.

She began her Saratoga Hospital career as a hospice nurse on a medical/surgical floor. Two years later, Bunzey joined women’s health services as a labor and delivery nurse. She has worked in perinatal nursing ever since.

“Despite a highly competitive environment, we continue to attract skilled, compassionate young physicians to our team – and that’s great news for our community,” said Richard Falivena, Vice President and Chief Medical and Physician Integration Officer at Saratoga Hospital. “Every time we add a primary care provider, more people have access to the comprehensive health services that can have the greatest impact on health and quality of life.”

Mobarek came to Saratoga Hospital after falling in love with the Capital Region during a residency in family medicine at Ellis Medicine in Schenectady. A graduate of New York’s Stony Brook University, Mobarek earned his medical degree from American University of Antigua College of Medicine. He is board certified by the American Board of Family Medicine.

Prior to joining Saratoga Hospital, Mohamed practiced family medicine for five years at Northwell Health on Long Island, where she also served as a regional medical director. She grew up in Clifton Park and, after college, returned to the region to pursue a master’s in clinical leadership in healthcare management from Union Graduate College in Schenectady (now Clarkson University). From there Mohamed went on to earn a medical degree from New York College of Osteopathic Medicine.

Saratoga Hospital Names Three New Members to Board of Trustees

Smith Cassier, of Greenfield Center, is founder, president and CEO of Airosmith Development, which provides turnkey site acquisition, project management and engineering services. Under her leadership, the company has been named to the Inc. 5000—Inc. Magazine’s 5,000 fastest growing private companies—and Albany Business Review’s Best Places to Work in 2017, 2018, 2019 and 2020. Smith Cassier is a member of Key4Women and the New York City and Saratoga Springs chapters of the Women Presidents’ Organization. She serves on the board of directors of Wellspring.

Forer, of Saratoga Springs, is senior pastor of Presbyterian-New England Congregational Church. She has earned honors for her social justice efforts, including the Excellence in Faith Formation Award from the New York State Council of Churches and recognition from Shelters of Saratoga for leadership in creating an inclusive community. Forer also was named a Woman of Distinction by the New York State Assembly. Her volunteer involvement includes serving on the leadership team of the Saratoga Collaborative to End Homelessness and the board of directors of Saratoga Regional YMCA.

Trimarchi, of Wilton, is a CPA and the chief financial officer for CommerceHub, a leading provider of cloud-based e-commerce fulfillment and marketing services. He has more than a decade of financial leadership experience with global companies in software and medical device industries. Trimarchi serves on the School of Business Advisory Council of the State University of New York at Albany. He also has co-chaired the American Heart Association’s Capital Region Heart Walk and Run and served on the board of directors of Junior Achievement of Northeastern New York.

Nephrologists are doctors who treat diseases and conditions that affect the kidneys and their ability to function. Kidney disease is more common in people 65 and older, and an aging population and diabetes are fueling the increasing demand for these specialists.

To learn more, go to www.saratogahospital.org. 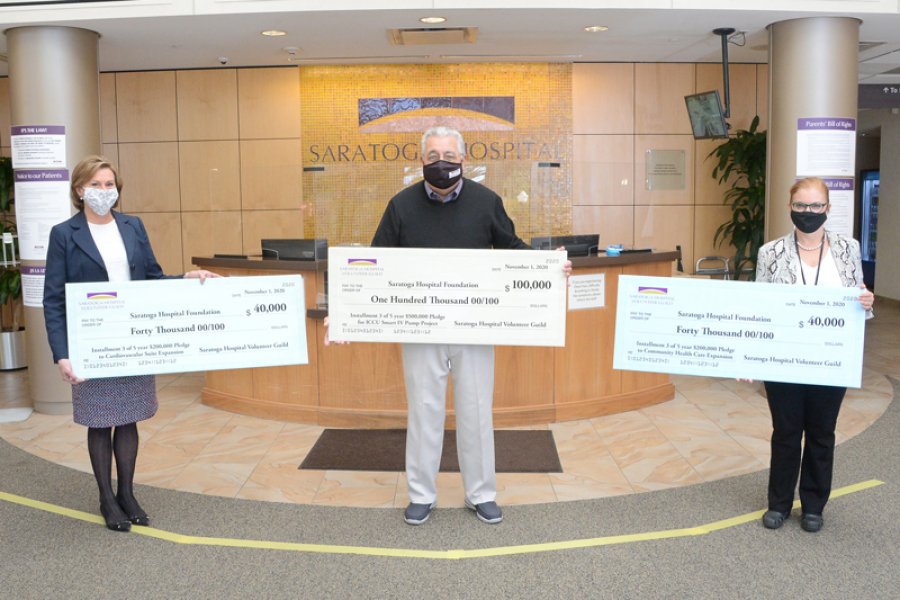 “Certainly, our lives have changed because of the pandemic, and we’ve had to make adjustments to keep our volunteers safe,” said Terry White, Saratoga Hospital Volunteer Guild president. “But COVID-19 is no match for our unwavering commitment to this hospital and our community.”

That determination—and a track record of raising more than $5 million for Saratoga Hospital over the years—earned the Guild the 2020 Outstanding Fundraising Group Award from the Association of Fundraising Professionals Hudson-Mohawk Chapter. The award recognizes a group of individuals who demonstrate “the true spirit of philanthropy through time, treasure and talent.”

In addition to their fundraising efforts, during a typical year Guild volunteers donate more than 50,000 hours of service to Saratoga Hospital. Although most Guild activities have been curtailed during the pandemic, volunteers have found safe, socially distant ways to continue to support the hospital and community.

SARATOGA SPRINGS – Saratoga Hospital has once again been named a Best Regional Hospital by U.S. News & World Report, taking the top spot in Northern New York and ranking third in the Albany region for 2020-2021.

“This ‘best’ designation is a tribute to every member of our organization—their skills, their overriding commitment to quality, and their passion for serving this community,” said Angelo Calbone, Saratoga Hospital president and CEO. “During these uncertain and challenging times, the U.S. News recognition is yet another reminder that, in Saratoga Hospital, our community has a safe place to turn for exceptional care.”

For the 2020-2021 rankings and ratings, U.S. News evaluated more than 4,500 hospitals and medical centers nationwide in 16 specialties, 10 procedures and conditions. Of those facilities, 560—less than 14%—earned the “best” designation. Saratoga Hospital also received the designation in 2018-2019.

Two months before Dr. Timothy Brooks was set to retire as medical director, chair and chief of emergency medicine at Saratoga Hospital, COVID-19 struck New York City. “We saw what was happening—and that it could happen here,” Dr. Brooks said. “I couldn’t in good faith walk away.”

Instead, he stayed for what would become some of the most challenging months of his more-than-30-year career. As he’d done so many times since coming here in 1987, Dr. Brooks helped lead the hospital and community response.

Now, with COVID-19 numbers down throughout the region and systems in place to identify, treat and protect patients and staff, Dr. Brooks can move ahead with his plans. He retires July 31 with the respect, admiration and gratitude of patients, medical and emergency response professionals, organizations and officials throughout the region.

Those who know Dr. Brooks weren’t surprised that he put the community first.

“In many ways, Dr. Brooks is a rock that we built the hospital on,” said Dr. Richard Falivena, vice president and chief medical and physician integration officer at Saratoga Hospital. “He has been instrumental in helping us launch almost every clinical program we offer. We can’t overstate his impact.”

Making a difference for millions If you’ve received emergency medical care, been an inpatient at Saratoga Hospital, or visited one of its urgent care centers, Dr. Brooks has made a difference in your care. He’s also informed public health policy and
decisions in Saratoga Springs and Saratoga County, and he’s been instrumental in bringing people together to improve emergency preparedness.

“After 9/11 we realized we had to change our approach,” Dr. Brooks recalled. “We formed a countywide committee and developed plans for managing mass-casualty situations, including biological warfare and pandemics. We’ve been meeting quarterly ever since.”

The committee, which Dr. Brooks chaired from its inception until his retirement, included dozens of health and safety officials. It also caught the attention of the Centers for Disease Control and Prevention, which asked Dr. Brooks to serve as a consultant on educating physicians on bioterrorism.

“He is so respected, within and outside the hospital,” said Ann Marie Cross, MS, RN, administrative director for emergency and urgent care services at Saratoga Hospital. “People know who he is, what he’s done, and how much he cares about everyone.”

Ms. Cross and Dr. Brooks were “a tag team” for 11 years. She attributes his impact to a combination of exceptional clinical skills and bedside manner, a genuine love of teaching and mentoring, and a fundamental belief in collaboration.

“He knew that what we did in the Emergency Department would affect other providers and departments, so he always involved them in the decision-making,” Ms. Cross said.

“He set the stage for so much of what we do,” she added. “He was constantly striving to improve care, and that affected the way we develop protocols, learn from every experience, and collaborate to do what’s best for our patients.

“That’s not going to change,” Ms. Cross said. “It will be his legacy.