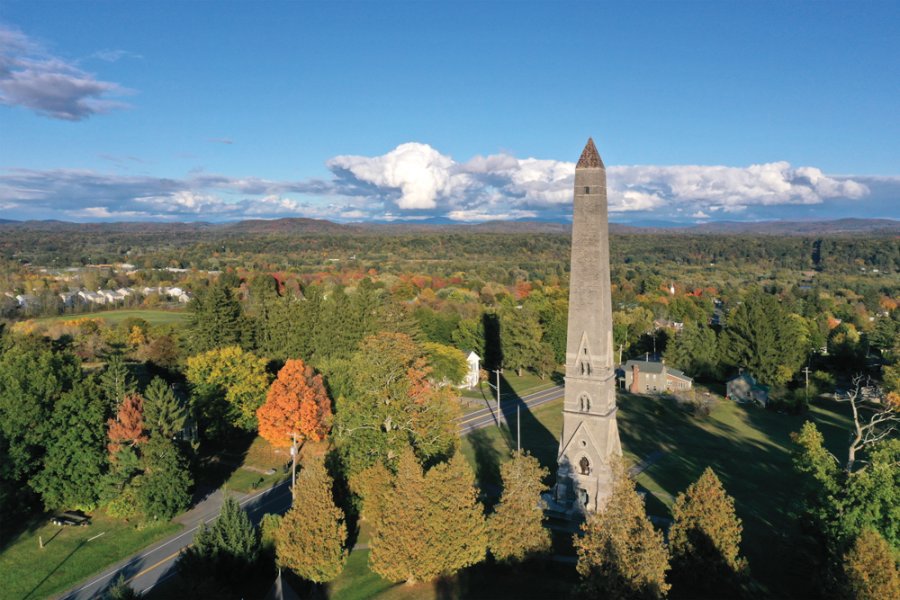 STILLWATER — The primary visitor experience at Saratoga National Historical Park is about to benefit from $6.6 million in funding provided by the Great American Outdoors Act (GAOA).

Extensive work on the park’s popular, self-guided battlefield Tour Road will begin in 2022 andresult in increased accessibility and visible improvements to the parking areas, trailheads, walkways, seating, exhibits and viewing areas along the ten-mile-long route.

“It is a big step in preparing the park for the 250th Anniversary of the American Revolution and interpreting the critical role that the Battles of Saratoga played in turning the tide of Revolution and changing the world,” said Saratoga NHP Superintendent Leslie Morlock, in a prepared statement.

The current Tour Road experience is more than 50 years old. This renovation will expand physical access and safety enhancements for more than 100,000 visitors annually and eliminate $4 million of the park’s maintenance backlog. It will also be instrumental in preparing the park for the extra attention it will receive related to the upcoming 250th anniversary commemorations of the signing of the Declaration of Independence in 2026 and of the battles in 2027.

The parking areas and walkways will be revamped at all ten tour stops to meet universal standards for accessibility, including seating with companion seating, new improved exhibits, and audio description provided on an app for public use. Modern outdoor exhibits will replace the existing informational waysides that are well beyond their intended design life.

The 60 new exhibits will be constructed of durable steel, aluminum, and bronze. In addition to being more cost-effective by requiring less routine maintenance, the new exhibits will include replica objects and convey updated information about the battles, the landscape, multiple perspectives, and the roles of lesser-known participants to better connect visitors with the Saratoga National Historical Park.

Saratoga National Historical Park preserves, protects, and interprets the sites associated with the battles, siege, and surrender of the British forces at Saratoga. The park encompasses five sites including the Saratoga Battlefield, General Philip Schuyler’s House, Victory Woods, the Saratoga Monument, and Sword Surrender site totaling 3,579 acres. It was here in September and October 1777, during the American War for Independence, American troops battled and defeated the British invasion force. A British Army surrendered, for the first time in history, on October 17, 1777. This crucial victory secured essential foreign recognition and support and boosted the morale of the American forces making it the turning point of the
American Revolution.

The project is being financed through GAOA’s National Parks and Public Lands Legacy Restoration Fund. Supported by revenue from energy development, the fund provides up to $1.9 billion per year for five years to make significant enhancements in national parks and other public lands to ensure their preservation and provide opportunities for recreation, education and enjoyment for current and future visitors.

“The victory at Saratoga changed the entire course of the American Revolution,” Vietzke said. “The park has an important role to play as we get closer to America’s 250th birthday in 2026. Leslie’s background in planning, visitor use management and partnerships provides a crucial skill set needed to lead the park as we approach this milestone.”

Morlock comes to Saratoga from Delaware Water Gap National Recreation Area where she served for eight years as chief of strategic planning and project management. During this time, she oversaw a variety of programs, including safety, lands, leasing, project management and environmental compliance. Morlock spearheaded the planning effort for the park’s newly released Visitor Use Management Plan. Prior to joining the National Park Service, Morlock worked for county governments in Colorado, Pennsylvania and New York and as an archeologist in the private and public sectors. She started her career at Hawai’i Volcanoes National Park. Morlock holds a Bachelor of Arts in anthropology and environmental studies from Grinnell College and a professional graduate certificate in Leadership for Public Lands and Cultural Heritage.

Morlock is originally from southeastern Minnesota and has been living in the Pennsylvania-New York region for the last 19 years. Leslie, her husband, Jim, and their dog Murphy are looking forward to taking on the 100-mile challenge exploring the trails at Saratoga.

Transition to winter hours of operation began at Saratoga National Historical Park on Sunday, Dec. 1, 2019. Since Dec. 1, the park’s tour road will be closed until Apr. 1.

Winter weather may also cause an earlier closure or delay opening. Please check the park’s website or social media for updates.

“Winter is a great time to explore the park by snowshoe or cross country skis,” notes park Superintendent Amy Bracewell. “We welcome everyone to come and experience the quiet sacredness of the battlefield landscape.”

For more information about park operations and activities, please see the park's website at www.nps.gov/sara.

Visitors Up at Battlefield

STILLWATER — In 2016, the 100th anniversary year of the National Park Service, visitation increased by 58 percent from the previous year at Saratoga National Historical Park. More than 102,000 visitors were counted.

Ranger programs, guided hikes, musiceventsandchildren’sprograms take place every month at the park. For a full calendar of events, please see the park’s website at www.nps. gov/sara.TheVisitorCentercanbe reached at 518-670-2985.