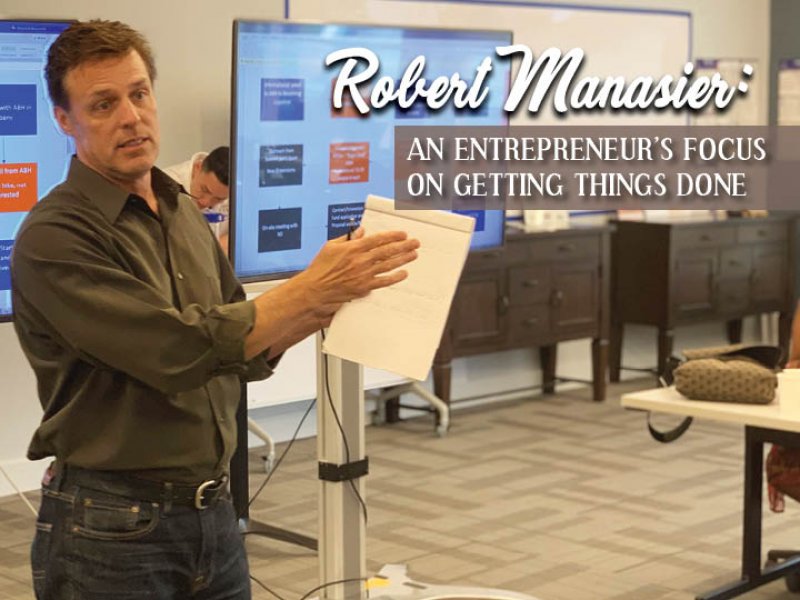 "A collaborative culture of doing is always the methodology. Getting things done that lead to positive and successful results is always the focus."

So Robert Manasier summarizes his approach to business. He gets things done in a wide array of spheres, producing value not only in enterprises he owns and steers himself but in dozens of startups that come to the Innovate 518 (NYS Innovation Hot Spot Program) seeking his help as Entrepreneur-in- Residence and New Ventures Manager.

If you're a new or deciding entrepreneur, Innovate518 should be your first stop. A collaborative effort of incubators, accelerators, and service providers in the Capital Region, it serves as a regional hub for entrepreneurs in eight counties, including Saratoga County. Among its partners are the University at Albany Innovation Center, IGNITEU NY, Upstate Venture Connect, the Center for Economic Growth, NYSTEC, and SUNY Adirondack.


Growing the 'Rain Forest'
"My job is to drive commercialization by connecting entrepreneurs to needed and timely resources and the startup ecosystem," he says. He gives startups guidance in tech transfer, funding, leadership, operational efficiencies and business development, making the connections they need to grow as quickly as plants in a rainforest.

Victor Hwang and Greg Horowitt popularized that metaphor in their business best-seller, The Rain Forest: The Secret to Building the Next Silicon Valley. When applied to the startup economy of the Capital Region, Manasier's combination of nuts-and-bolts advice and enthusiasm can be described as a key nutrient that supports a grove of promising seedlings and saplings.

Manasier also works with entrepreneurs planting their businesses at IGNITEU NY, an early-entry accelerator established by NYSTEC with a focus on young operational companies, and at The Sage Colleges, where he's a member of the business faculty and entrepreneur in residence. After spearheading the High School StartUp NY Competition at UAlbany, he assisted High School Business Plan Competition annually sponsored by the Center for Economic Growth with a new student-focused workshop pre-event. Among the assignments: Students must make a one-minute video to play for the judges in supporting their pitch.

“The earlier we can embed students in an entrepreneurial ecosystem, the better life skills and experiences they’ll have,” he says.

Sigma Beta Delta, the international honor society for business, management and administration, has inducted Manasier as an honorary lifetime member. In 2015, Upstate Venture Connect (UVC) gave Manasier its "Magical Mentor" Award. In 2017, they celebrated him as a Venture Ecosystem Champion and Deal of the Year nominee.


Beginnings
All of this started nearly 40 years ago when Manasier -- as a 13-year old growing up in New York -- launched D&M Landscaping, a company he would maintain through college as a way to pay the bills and his college education. Employing friends as co-workers gave him his first experience in building a successful team, drawing on lessons he learned on the baseball and football fields.

“I didn’t have any money, and I thought I could help the family,” he says.  “Desperation is a great motivator, I had to make it work."

After graduating from UAlbany as a biology major, Manasier did a year of medical school before taking a leave of absence to explore his filmmaking ideas and set off for California. He had worked since high school in the film world and had drafted a new model for producing films and had the ability to create and lead a successful team so he went to test those assumptions.

"I knew how to write. I had people skills and a more efficient way to create content. And I had passion. That got us through our first couple of projects. I found the people I needed with technical skills in all aspects of the film world and kept them on staff full time. We created a springboard to prove we could do what we said we could."

Filmmaking taught Manasier how to package and pitch a project to prospective investors. From there, it was only a small leap to pitch investors on ideas for new businesses. Manasier found enough success to make his way to an office in the World Trade Center, only to lose it and many friends in the terrorist attack of 9/ll.

That's when he decided to move his family out of New York City. In 2004, he launched In Focus Brands as an international portfolio-building company that "begins, grows and guides other companies to success, growth and exit."

"We made a lot of humbling mistakes in our early days, but we've always been driven to improve," he says. "Along the way, we found a very focused and successful way to build great teams with great business cultures that fit a defined brand."


Brand, Culture, and Team
Manasier no longer owns most of the 144 businesses his firm In Focus Brands and several affiliated companies have played a role in developing. Some have gone under while others have been sold to other companies. "It was around the 40 to 50 mark that I realized we'd found a real system -- or formula -- for starting businesses."

"Everything begins with brand," he says. "That includes how you deal with your staff and your customers. Why are we here? Why are we doing this? We have to get to the core of what they’re trying to do and how they’re going to do it, so we always focus on internal brand and culture first. We treat them as one."

After brand and culture, Manasier focuses on the strengths and weaknesses of the team. "We’re not going to come in and do what you're already doing well. We're going to do what you don't do well."

"The one thing we avoid at all costs is ego. There’s a fine line between the ego of the self and the ego of the team. All we care about is the project's end goal. It’s like a military mindset. We’re going to sink or swim together."

"To coach someone is to hold him or her accountable. You set expectations early and then you find out who's really on your team or not."

Manasier finds his firm focusing increasingly on Europe these days. That's where his firm is growing a series of white label services for scaling businesses and new brands in technology, branded human resources and sales system and a line of environmentally friendly products, among other ventures. Recently completing a merger with a Texas-based private equity firm, the company has opened offices in the South and Midwest.

While Manasier thinks the drive to be an entrepreneur is "inherent in the person and can't be taught," he knows from long experience that any student can learn to apply main principles of entrepreneurship in virtually any endeavor -- establishing a particular course of action toward a particular goal, collecting feedback to evaluate progress, and pivoting in more promising directions.

"We have a vibrant community of accomplished business professionals who are generous with their time, so I encourage any young person to take advantage of that and ask questions." 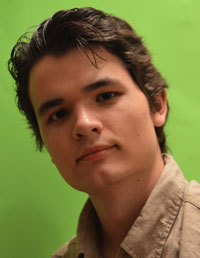 The SMARTACUS Creative Group is a student-driven creative agency dedicated to supporting the economic development of Upstate New York. Dan Forbush is its publisher, while Carter Kavanagh is a senior in Jill Cowburn's class at Saratoga Springs High School. He has a special interest in languages and history.
Read 1794 times

More in this category: « Michael Patton: Listening, Being Visible, and Learning How Things Work Roger Wyatt: Exploring the 'Conceptual Edge' »
back to top