A 'Game Changer' for Saratoga Springs 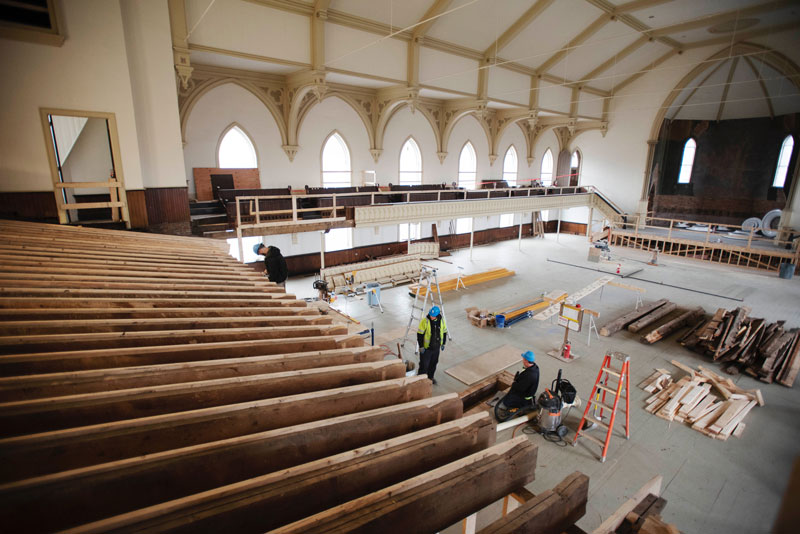 Initially fearing the challenge of saving Universal Preservation Hall, Teddy Foster has fallen in love with what she calls "our beautiful old gal."  When the $9.4 million renovation will be completed next year, 'the opportunities will be endless,' she says.

Originally built in 1871 as a Methodist Episcopal Church, Universal Preservation Hall (UPH) became a hub for the creative economy of Saratoga Springs and remained so for over a century.  The Church was built as not only a place of worship but also as a venue for famous speakers of that era. Presidents William Howard Taft and Theodore Roosevelt have spoken there, as has the abolitionist Frederick Douglass. The congregation, Saratoga residents and summer visitors by the hundreds attended. Almost 100 years later (1976), the Methodists sold the building to the Universal Baptist Church. The building fell into dangerous disrepair and so the Saratoga Springs Preservation Foundation and the City became involved in 1999 to move the congregation to a safe venue and condemn the building.  The situation looked hopeless.

In 2000, a group of concerned citizens led by Jeff Pfeil and Tom Lewis formed a partnership with Reverend Minnie Burns of the Universal Baptist Church to restore the building as well as create a non-profit community cultural center. With a successful $3 million fund-raising campaign to salvage and stabilize the building for seasonal use, Universal Preservation Hall was "born" in 2003.

Teddy Foster entered the picture in 2006. Shortly after moving back to Saratoga Springs after three years in Virginia, where she had been working for Genworth Financial, she joined the UPH board at the request of a friend.

Reluctant at first because preserving and renovating the building seemed to be an overwhelming project, Foster remembers thinking, “Dear God, please don't ask me to be on your board! Please, no. I don't have anything to offer you.”

She tells this story with humor that's infectious. That's one of many qualities that makes her a great fundraiser. Elected president of the UPH Board in 2009, Foster led the group until 2015 when she negotiated an affiliation with Proctors Collaborative in Schenectady. At that time, she stepped down as board president to be hired as the capital campaign director. Wayne Akey followed in her footsteps as board president and in January 2019, Kathleen Fyfe, program director of Leadership Saratoga, for the Saratoga County of Chamber of Commerce, has been named to lead UPH's board.

It was anything but love at first sight for Foster, but she soon fell head over heels for this huge, crumbling structure and became a passionate preservationist. Working as a volunteer for many years driving UPH's preservation and, now, as paid staff (Campaign Director) to raise $5.5 million toward a restoration that will cost in total $9.4 million.

“Back then, UPH had no money to pay me,” she smiles. So, Foster started a health and wellness business she called "Foster Good Health" so that she had some income while she did the important work she wanted to do for UPH.

With a background in sales training from her 12-year career with Genworth Financial, Foster has used the sales skills she used to teach others to obtain donors for UPH's Capital Campaign.

The 'Living Room' of Saratoga

“I’ve always viewed it as a blank canvas,” says Foster, describing the vast array of events for which the new UPH can be used.  Both the 700-seat theater in the round upstairs and the 200-seat community room can be rearranged to accommodate virtually any event.

UPH will focus on presenting more than 200 nights a year of music, live theater, Broadway cabaret, and more. The Great Hall that's the main performance space will have excellent acoustics, lighting and sight lines.  There will be comfortable seating and a movie screen that can be lowered from the ceiling.

“I think all we are doing is very cool and makes UPH unique,” Foster says, delighted by her vision of the Great Hall. "The opportunities provided by a newly renovated UPH are endless. We'll be the 'community living room' of Saratoga the year round."

For the last several months, Foster and her operations manager, Mary Beth McGarrahan, have been working out of temporary offices at 3 Franklin Square. They'll stay there until early spring 2020, when the building is scheduled to open if all stays on schedule. Foster is confident that will happen, given the team of contractors, and acoustic/theatrical engineers that are working on the building.

"Saratoga does not have a downtown cultural center that's year-round,” she says. “People come here, and they say, 'There's so much culture here.’ No, not all year round. UPH will fill that gap and ensure the long term economic good health of Saratoga Springs and the surrounding region."

”UPH is in the heart of downtown and will be open almost every day of the year," she continues. "We look forward to lots of collaboration with other arts organizations, local and regional. It's going to be a place people can walk to and share wonderful cultural and community experiences," she promises.

The road for UPH has been long and challenging but all obstacles have been overcome.  Thirteen years after her first involvement with UPH, Foster is excited to be under construction on the massive restoration.  She's just $300,000 from achieving the project's $5.5 million fund-raising goal.

“The bulk of the financial resources for the restoration have come from generous individuals and businesses who have given their support because they believe in our vision and understand how important UPH will be to a vital and vibrant Saratoga Springs and surrounding region in the future,” Foster notes.

"We call UPH our 'beautiful old gal' and are dedicated to its future as a thriving venue for all to enjoy.  We know that Saratogians and visitors will benefit year-round and enjoy their experiences with us for years to come. Please join us!" 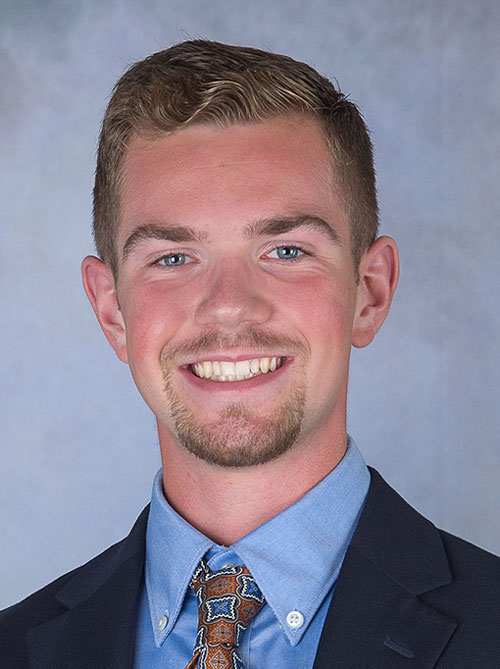 A student-driven communications agency, the SMARTACUS Creative Group is dedicated to the economic and cultural development of Upstate New York.
A senior at Saratoga Springs High School, Ben Weatherwax is president of the chamber orchestra and a member of the varsity rowing team.  Ben enjoys fishing, skiing, and spending time outdoors.

More in this category: « Former News Anchor Becomes Mommy Vlogger JON DORFLINGER: Creating a Community of Artists Through Film »
back to top