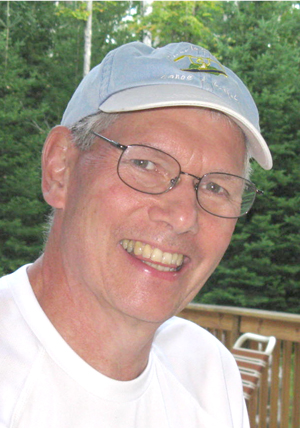 Born in New Hartford, NY, he was a son of the late George and Henrietta (Koehring) Dunn. He graduated Cornell University with a degree in marketing. He was commissioned in the US Army and would excel at some of the Army’s most difficult assignments, including Ranger School.

Soon after, he married his high school sweetheart, Anita Downs. They moved to West Germany, making lifelong friends and travelling extensively and Rick was honorably discharged as a Captain in 1974.

Returning stateside to Colorado, he earned his MBA and CPA while working in public accounting, ultimately returning to the Capital Region in 1979. The family settled in Saratoga, a community Rick would love and serve for decades. After working at Skidmore College, Rick had a 25 year career in marketing and business with Stewart’s Corp. Beyond his devotion to the Stewart’s family, he was a committed and caring volunteer in the broader Saratoga community, serving with the YMCA, Wesley Health Care Center, Saratoga Springs Zoning Board, Saratoga County IDA, Luther Forest Technology Campus, Catholic Charities, and the Church of St. Peter. He also devoted many years coaching softball and supporting programs such as 4-H.

Survivors include his wife of 49 years, Anita; his son Brian (Jen) and daughter Colleen (Christina), four beautiful grandchildren: Wesleigh, Frances, Ella and Ricky (his namesake); two sisters, Patricia (Joseph) Peck and Kathleen Olson and his brother, James Dunn (Claire). He was further blessed by the presence of much-loved nieces, nephews, and relatives on both sides of his extended family. He also cherished strong circles of long-time friends, whom he thought of as family. He is predeceased by his parents and a brother. Thomas Perry Dunn.

Due to health concerns of the COVID-19, a Mass of Christian Burial will be in the Church of St. Peter at a future date/time to be announced. Per Rick’s wishes, there will no calling hours.

Memorials in his name be made to the Church of St. Peter, 241 Broadway (www.stpetersaratoga.com, under Memorial donations) or to Catholic Charities, 142 Regent St., Saratoga Springs, NY 12866; he also encourages others to donate blood and platelets.

Login to post comments
More in this category: « Roger Gaynor, Jr. Dr. Richard J. Fiorini, DO  »
back to top