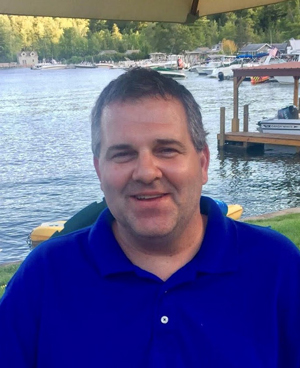 Stephen attended Saratoga Springs High School with the graduate class of 1989. He went on to obtain his class A license in truck driving and spent many years as a professional painter.

In 1986 Stephen met the mother of his children, Christine Sokol. They eventually brought into the world two beautiful daughters, Mikayla Anne Toussaint and Rachael Arianna Eleanor Toussaint. Stephens’s daughters were his pride and joy. He loved to bring them camping, teach them wiffle ball in the backyard, and go on long family walks in the Saratoga Springs State Park. One of his favorite things to do with his girls was take them down to “the stream” at his childhood home on Daniels road.

Being a lifelong Oakland Raiders fan, he was excited for their new journey as the Las Vegas Raiders. Stephen was always the life of the party. His presence lit up any room he walked in to. He was the ultimate storyteller and made you laugh until you cried. His stories will be missed by many.

Stephen is survived by the mother of his children; Christine Sokol, their two daughters; Mikayla and Rachael Toussaint, his father; Stephen R. Toussaint Sr., his two brothers; William and Neil Toussaint, his six sisters; Renee Toussaint, Marci Robinson, Collette Toussaint, Allisse Toussaint, Brigitte Toussaint, Suzanne Toussaint-Greenwood, many nieces and nephews, and several aunts and uncles. He is predeceased by his mother; Suzanne Bolster Toussaint and his sister; Ginelle Toussaint.

Services will be private at the convenience of the family. A Celebration of Life will be held at the Embassy Suites, 86 Congress St. Saratoga Springs, please stop by and share memories anytime between 12pm-2pm on Wednesday, July 15th, 2020.

Login to post comments
More in this category: « Dominick (Nick) Verro George Downing  »
back to top