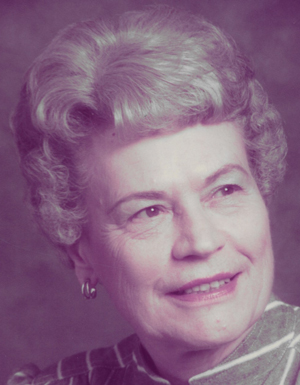 WELLSVILLE, NY — Barbara (“Tootie”) Ann Potter passed away on Saturday, August 8, 2020 at Highland Park Rehabilitation and Nursing Center in Wellsville, NY. Barb was born on April 13, 1920 in Canton, OH, and was the daughter of William and Maude Yerrick. She is predeceased by her parents, husband Vernon Potter, infant son Philip Potter, teenage son Stephen Potter, and brother William Yerrick.

Barb was raised and educated in Wellsville, a graduate of the Class of 1938. She worked at Davie’s Department Store, Bradley Producing Company, The First Trust Bank, as well as the family contracting business, R.S. Potter and Son. Barb was an active community member, serving in many positions. She was a lifelong member of the Girl Scouts, from scout to leader to Council President. She was also very active in the Beta Sigma Phi Sorority, Monday Club, Grand Squares dancing club, and Jones Memorial Hospital Auxiliary. Barb was a member of the United Methodist Church her entire life. Most of all, she was a very present and loving daughter, sister, wife, mother, grandmother, and great grandmother. Her family was her greatest pleasure; she got such a kick out of the young ones.

Login to post comments
More in this category: « Roy Richard Farrell George A. Moline »
back to top