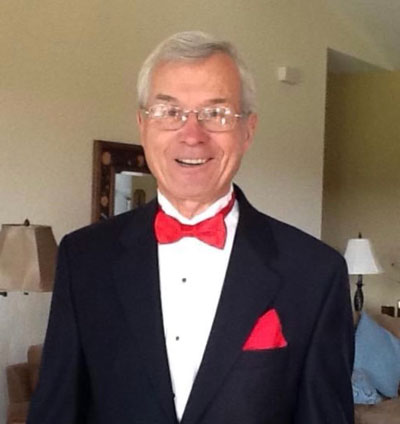 Ray was born in Albany, NY on April 9, 1937 to Mary and Stanley Zielinski. He graduated from Siena College and received his master’s degree in business from SUNY Albany. Ray worked for New York State for 33 years. Raymond was the president of the Albany Polish American Citizens Club for several years when the new building was established.

Ray and his wife, Ann, left Saratoga Springs after he retired for St. Augustine, FL. There he worked for the Red Train giving tours of this great historical city. Ray could often be found on the golf course or socializing with friends. Always adventurous and vivacious, he was known for his love of parties and friendship.

He and Ann would vacation to Saratoga Springs for the summer months where he would conduct back stretch tours of the racetrack. Ray also volunteered at the Saratoga Visitors Center where he gave tours of Congress Park, Yaddo, and trolley tours of the city. Raymond belonged to the Historical Society where he continued his interest in the bygone Saratoga.

In addition to his parents, Ray was predeceased by his brothers Richard and Stanley Zielinski and his sister, Pat Dobek.

Survivors include the love of his life for 33 years, his wife Ann, his daughters whom he was so proud of, Alecia Ramos (Tony), Amy Lee (Joe), Alison Faggiano (Blaise), Ann’s children Kelly Smachlo (Mark), Stuart McDowell (Gloria), many grandchildren, and his sister and best friend, Sandy Crooks (John).

As soon as Ray learns the layout of Heaven and its many attractions, he will be giving personalized guided tours. Ray was truly a love of history.

Due to COVID-19 a memorial service will be announced at a later date.

More in this category: « Patricia May Fitzgerald  Fanny May Woodcock Putnam »
back to top