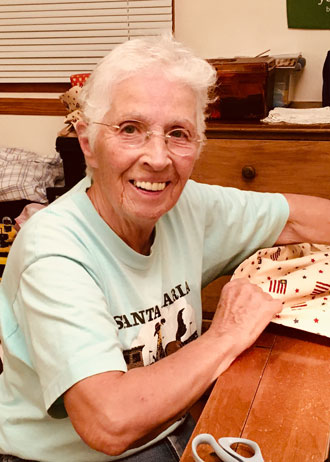 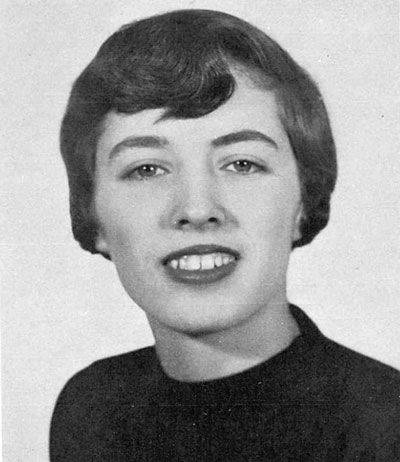 CHANDLER, AZ — Fanny May Woodcock Putnam, 82, of Saratoga Springs, passed peacefully into the arms of her Lord and Savior the evening of February 11, 2021, in the company of her children at her winter home in Chandler, AZ.

Born in Saratoga Springs on November 3, 1938, she grew up number six out of ten children in those difficult post-depression WWII years. Learning first-hand the meaning of deprivation and rationing, she developed a near-Scroogian appreciation of the value of a dollar, which would serve her well in the pursuit of her later accounting career.

Fanny attended and graduated from Schuylerville High School, class of 1957, where she divided her attention between academics (as much as was necessary), singing in the school choir (as much as was scheduled) and traveling with her brothers to spend time dancing with the boys (as much as she could get away with).

She would meet her sweetheart, Jay Myron Putnam, in 1957 and marry him for life when she was nineteen years old in June of 1958.

Her career found her early in the accounting department at Montgomery Wards, where she served over thirty years until the company waned into oblivion, then she took her accounting skills to Saratoga County, where she served another sixteen years, retiring to travel with her husband in 2004.

While she spent much of her life as a working mother, she found time do all those things that her family loved. Sewing for her children and grandchildren provided clothes, blankets, handmade dolls, quilts and many treasured memories. She was an accomplished baker, crafting cookies and winning the hearts of every starry-eyed grandchild.

Outside the house, she devoted time to her Sunday School classes at both the Saratoga and Ballston Spa Christian & Missionary Alliance churches. If she wasn’t actively engaged in caring for her family and others, she found time to devote to their treasured horses, Pete, Major and Casper, relaxing in casual riding, or heated competitive barrel-racing.

Fanny turned out to be a woman of surprises. She could be quiet and calm around the house, but quickly quite the terror at the table drawn up around a deck of cards or a handful of dice. At home in the saddle on the back of a quarter horse, she was equally comfortable on the back of a hurtling motorcycle. Behind the wheel of their Dodge pickup, which seemed to be her favorite ride, she was known for dominating the road and lesser drivers alike, with speed being her primary measure of competency.

We will long remember the extended-family fried dough and bacon breakfasts and sundown shindigs she hosted in their barn and corral where dozens of family and friends would gather around the fire with coffee, music, and hours of stories and gossip.

In the end, Fanny reflected the love of her Lord and Savior in her sacrificial love for others; her friends, her brothers and sisters, her children, and most of all her husband.

She loved, and she was loved.

Those of us blessed to know Fanny knew without question that her heart was for others, whether family or friend, and you were not a friend for long before you understood you were family.

She is survived by her husband of sixty-two years, Jay M. Putnam, an old rodeo rider, who shared her love for horses, rodeos, and the cowboy way, and her two proudest achievements, her son Casey (Tracey Hartman) Putnam, and her daughter Margaret (Brad) Williamson.

Her legacy continues in those who we knew brought her so much joy; her seven grandchildren: the Putnams - Cheyanna, Elizabeth and Garrett, and the Williamsons - Caitlin (Ross) Downhour, Tierney, Beck (Lexi Schmidt), and Keely, and her five great-grandchildren: Cheylee, Braylee, and Novalee on the Putnam side, Maynard and Simon on the Williamson side.

She is also survived by her brothers; Roger George, Karl K., and Kirklin D.

She is preceded in death by her parents, Kirkland D. and Martha A. (Owens) Woodcock and siblings Betty Lou (Zwijacz), Ralph Lamar, Olive Sandra “Sandy” (Dickenson), and Joy Susan, as well as half-sisters, Lois (Saetes) and Rose-Marie (Neiger).

Memorial services will be held both in Chandler, Arizona and in Saratoga Springs with details being published as soon as circumstances allow.

Fanny will be interred in the Gerald B. H. Solomon Saratoga National Cemetery in Schuylerville, weather and pandemic restrictions allowing, as early as May 2021, on a specific date to be announced.

The family’s heartfelt thanks go to the exceptional nurses at Chandler Regional Medical Center and the professional staff of In My Home Hospice Care, who provided not only attentive nursing care for Fanny, but also a peaceful, compassionate, and hymn-filled environment during her transition from this life to the next.

More in this category: « Raymond Zielinski  Irene Elena Burke-Jones »
back to top