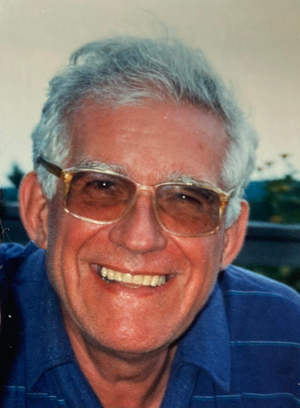 SARATOGA SPRINGS — William (Bill) Gaylord Crawshaw died peacefully in his sleep March 14, 2021. A “May-basket baby,” he was born May 1, 1935, in Syracuse, and adopted six months later by Thomas Hill and Mary Gaylord Crawshaw in Glens Falls. He attended Glens Falls schools and Bates College. During service in the United States Army, with Russian language training at the Army Language School in Monterrey, California, he was based in Alaska on St. Lawrence Island. He loved Alaska and came back with many stories. He finished college courses at the University of Maine and worked for a time near Boston in the printing field.

He married Helen Bogle, a children’s librarian in 1966. After the birth of their first daughter, Catherine, Bill decided to become a librarian. A master’s degree at the State University of New York at Albany led him to twenty-four years as a reference librarian at the Crandall Library in Glens Falls, where he became Head of Reference. When he retired, he and his wife sold secondhand books under the name Book in Hand.

Bill was a family man, proud of his daughters. He enjoyed many family activities, including photography, Halloween costume creation, listening to Prairie Home Companion on Saturday nights, shared meals, landscaping an extensive yard and garden, and bringing in the winter wood supply each year. Bill loved experimenting in the kitchen and was renowned for his creative sandwiches and delicious scones. An avid reader, he especially loved mysteries. He loved to travel and had many memorable adventures. Once his grandchildren were born, California trips were added to the shared memories. Bill belonged to the Glens Falls Lions Club for about forty years. Friends and family will always remember with love his gentle but irreverent “punny” sense of humor and his tremendous kindness and willingness to help others.

Bill is survived by his wife, Helen, his daughter Catherine (Cricket) Crawshaw and her children, Faye and William Johnson of Berkeley, California, and by his daughter, Abigail Crawshaw, and her husband, Frank Fletcher, of Philadelphia. At age 84, he was able to reunite with his birth family, which provided him with great happiness. He is also survived by four members of that family.

A memorial will be held this summer when gathering becomes safer.

In lieu of flowers, well-wishers may make a donation to Crandall Library or to SAIL (Southern Adirondack Independent Living Center) in his memory.

More in this category: « Paul Samuel Parobeck  Scott James DeCelle »
back to top