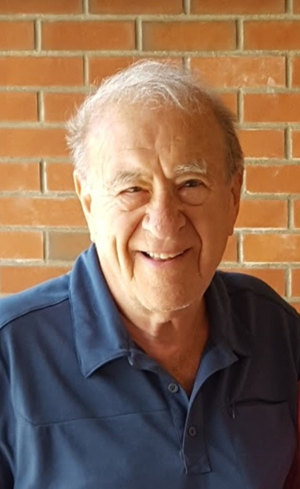 Born January 17, 1936 to the late Estelle and Irving Diamond, he grew up in Brooklyn, New York.

After graduating college, Phil served in the Coast Guard eventually earning Lieutenant Commander status. He also held a helicopter pilot’s license and continued to serve in the reserves teaching navigation and firefighting.

After initially working for Citigroup in Manhattan, Phil moved to Baltimore in 1966 to work for The Rouse Company with his first wife Marion (nee Schwartz). They had two sons, Mark Randall in 1963, and Craig Bentley in 1969.

While at The Rouse Company, Phil served as one of the original planners of the city of Columbia, MD and has his name inscribed at the base of a statue in the city center. Phil went on to work for the Veterans Administration for 30 years until his retirement. Phil eventually moved to Washington, DC, and later to Alexandria, VA with his second wife, Stella.

Retiring to Saratoga Springs with Stella, Phil immediately embraced being a local in many ways, contributing through SCORE, the Saratoga Hospital Board, the City Taxi Commission, the City State Authority, and the City Democratic Committee. If one asked, one got, and then some.

Ever the explorer and bon vivant, Phil loved to travel, café life at Uncommon Grounds, his Thoroughly Thoughtful book club, and many other social interactions. A self-described “foodie” he was an enthusiastic regular at local restaurants, and never met an anchovy he didn’t like.

Phil was a character, and an eternal optimist. He maintained friendships from kindergarten with lifelong pals Jerry, Zev, and Spencer.

Phil is survived by his son Craig Diamond, daughter in-law Amy Diamond, granddaughters Allison and Megan Diamond, life partner of most of the last decade Pamela Lonergan, and many friends.

A service was held at Gerald B.H. Solomon Saratoga National Cemetery on March 25.

More in this category: « Steve Rosenbach  William R. Jeske »
back to top