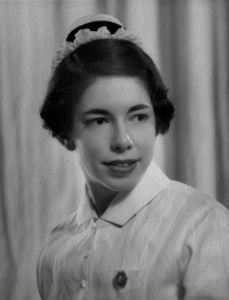 SARATOGA SPRINGS — Barbara W. Sutherland, age 93, died in her home in Saratoga Springs surrounded by her family on June 7, 2021. She was born in Summit, NJ on March 17, 1928. After two years at Jackson College, she went on to graduate from the Massachusetts General Hospital School of Nursing in 1951. She received her B.S. from New England College in 1977. She worked as an R.N. in the Boston area and around Dover, NH. She retired in 1991 after working at the State Hospital in Concord, NH. She spent many happy years raising her family, nurturing their interests in cooking, gardening, fiber arts, reading, and natural history. For many years she volunteered with the Yaddo Garden Society. She also enjoyed traveling, especially her multiple visits to Scotland and Italy.

She is survived by her daughter, Reed Sutherland (Thompson Herrick), also of Saratoga Springs, by her son, Hunt Adams Sutherland (Margery Tyrrell) of Nelson, British Columbia, and by her sister, Mellicent Hawke (Bill Hawke) of Essex, CT. She is also survived by nieces, nephews, four grandchildren and two great-grandchildren. She was preceded in death by her infant son, Ian Kingsbury Sutherland, and by her husband, David A. Sutherland.

In lieu of flowers she requests donations to The Raptor Trust of Millington, NJ (theraptortrust.org) or to Oaks and Crown Leadership (oaksandcrown.org).

A memorial service will be held in the future at the convenience of the family at Christ Episcopal Church in Ballston Spa, where she was a member.