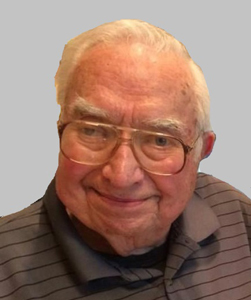 SARATOGA SPRINGS — Richard (Dick) C. Bauer, 91, passed away Saturday, September 4, 2021, at Saratoga Hospital. Born in Batavia, NY to the late Gertrude and Orville Bauer, he was a 1948 graduate of John Marshall High School in Rochester, NY.

Dick attended Union College in Schenectady. He then enlisted in the Air Force as an Electronics Instructor and served in Keesler, Miss. AFB and Freising, Germany. He graduated from Syracuse University with a BS in Electrical Engineering in 1958 and was elected to the Eta Kappa Nu and Tau Betta Pi engineers’ honor societies.

Employed by General Electric Co. 37 years, retiring in 1992, Dick was a Sonar Electronics Design manager. Starting in 1993 he worked as an Adjunct Professor for Onondaga Community College for a few years.

He was active in many civic activities and fraternal affiliations: GE Syracuse Elfun Society, chairman 1986; Syracuse YMCA Board of Directors, Lake Shore Yacht and Country Club, and Saratoga and Liverpool United Methodist Church. He was especially active in Optimist International. He originally joined the Optimist Club of North Syracuse, NY and was a secretary-treasurer, president, and director. On the NYS District level he served as lieutenant governor, oratorical contest chairman, membership and attendance chairman, governor-elect, governor, and is a golden circle member. And he was a charter member of the Optimist Club of Liverpool, NY.

Dick’s hobbies were golf, bowling, and photography. He was a huge fan of Syracuse University football and basketball.

Contributions may be made in Dick’s name to the Optimist International Foundation www.oifoundation.org

More in this category: « Sandra Donaldson Joseph A. Browne »
back to top