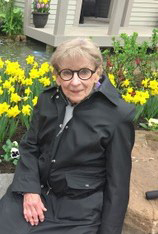 Rose and her husband Don were influential in the growth and development of Saratoga —actively involved in the Saratoga Chamber of Commerce, Saratoga Rotary Club, Saratoga Historical Society, and Saratoga Hospital.

In 2012, Rose was awarded the Paul Harris Award by the Saratoga Rotary Club, acknowledging her outstanding commitment and involvement in helping make Saratoga Springs what it has become today.

Visit www.rosejanelee.com for more about Rose and her life.

More in this category: « Judith Salisbury John T. O’Connor, Sr. »
back to top