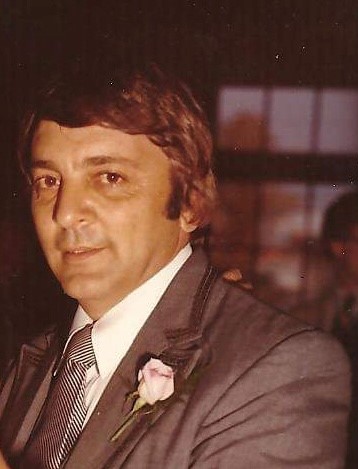 DUNEDIN, FL — Richard Affinito, 83, passed away peacefully and surrounded by his family on October 9, 2021.

He was born in Whitehall on May 20, 1938, the son of Henry and Filomena Affinito. He graduated from Whitehall High School in 1955 where he met his high school sweetheart, Phyllis Perfetto. He then went on to graduate from Albany Business College. Richard and Phyllis had their two daughters, Lori and Kathy, who meant the world to him. They moved to Saratoga Springs and opened several family-run businesses: Kentucky Fried Chicken, Pa’s Place, and Lady Melissa’s Miniatures. He also enjoyed owning a number of horses that raced at the Saratoga Harness Track. He and Phyllis later retired to Dunedin, Florida to be with their children.

Richard was an animal lover, and never met a dog he didn’t like. You could always find him singing along to Frank Sinatra or Engelbert Humperdinck, and even danced until his final days. He was an avid fan of the Yankees and Giants and never missed a game.

But above all things, Richard loved spending time with his family. He would bring the entire family together every Sunday for one of his delicious big Italian dinners. He loved his children and grandchildren, to them he was known as “Pa.” He never missed one of his grandsons’ baseball games, and always found time for his favorite (only) granddaughter.

He will be lovingly remembered by his wife of 64 years, Phyllis; his daughter and son-in-law, Lori and Scott Padeni; his daughter, Kathy Cifrino; his brothers Francis and John (Martha); sister-in-law, Theresa Arpei; as well as numerous nieces and nephews. He is also survived by his cherished grandchildren Chris (Kate) Huskie, Phillip Huskie, Chris (Cynthia) Cifrino, and Melissa (Michael) Noonan; and great-grandchildren Addison Huskie, Dax Huskie, Cora Cifrino, and Anna Noonan.

He is predeceased by his parents, mother and father in-law, brothers, Edward and Henry, sisters-in-law, Genie, Daisy and Gail, brothers-in-law, Tom and Hank and son-in-law, Robert Cifrino.

Services will be held at a later date.

In lieu of flowers, the family asks that donations be made to Suncoast Hospice in memory of Richard Affinito: www.suncoasthospice.org

More in this category: « George Matthei Dale Haskell »
back to top