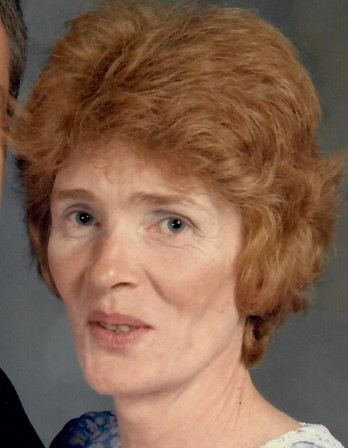 Margaret Mary Fueston (nee Clarke), 75, of Nielson Road, passed away peacefully on Sunday, October 2, 2022 at Saratoga Hospital, surrounded by her family. Born on the 7th of April in 1947 in Saratoga Springs, she was the daughter of John E. Clarke and Margaret M. Prendergast, both natives of Brooklyn, N.Y. Growing up on Andrews Street in Saratoga Springs with her brothers and sisters, she attended both St. Clements Regional Catholic School and St. Peter’s Academy, the latter of which she graduated from in 1965. An avid Drum Corp enthusiast, Margaret participated in and supported several local Drum Corp organizations. After graduation, she worked for Dr. Feynman for two years. In 1967, she met Thomas Fueston, a U.S. Navy sailor from Ohio; the two were married in 1969 at St. Peter’s Church in Saratoga. For the duration of her husband’s military service, Margaret lived in various locations across the United States, including Charleston, South Carolina and the Hawaiian Islands. After Thomas left the Navy, the couple moved to Kenosha, Wisconsin, where she would give birth to their two sons: Matthew – born in 1985, and Michael – born in 1987. In 1992, the family moved back to Saratoga area and took up residence at the family farm on Nielson Road, just off of Saratoga Lake.

Margaret would play an active role in both her family life and that of the larger community. A lifelong volunteer of the St. Clements’ Horse Show (later known as the Saratoga Springs Horse Show), she was often one of the earliest to arrive, providing coffee and greetings for other early arrivals. Oftentimes she would stay late into the evening, assisting in whatever capacity was needed. She was quoted as being “the happiest when I’m here” when talking about her experiences at the show. Her passion for volunteering could also be found in the Hot Lunch programs of both St. Clements and Spa Catholic (formerly known as St. Peters Academy), where she put in immeasurable time, energy and resources. This passion also found its way into her husband and sons’ lives, who themselves would volunteer at the Horse Show and other endeavors for many years.

In addition to her work with the schools and the Horse Show, she would also contribute tremendously to the annual Festival of Trees, helping children design and build Christmas decorations. She took immense pride and pleasure in watching and helping the many children who visited her table each year. Margaret also found ways to contribute to the activities of her sons. Her presence and encouragement proved beneficial to them, whether it be sports or Scouting events. She would attend such events whenever possible, bringing comfort, food, and advice wherever she went. This level of support was not just limited to her own family: many in her community also received similar encouragement and/or assistance.

An avid coffee drinker, Margaret would rarely be seen without a mug or cup either in hand or nearby. Always one to share, she provided hospitality to anyone who visited, be they stranger or familiar. Always willing to speak her mind on whatever matters she thought prudent, her honesty and no-nonsense approach cemented many friendships over the years. Anyone who visited her home or other gatherings with her, would be treated to food, drink, and a friendly disposition. Margaret possessed a sharp and keen mind and would regularly hone her knowledge and skills through games of Scrabble, crossword puzzles, and classic TV shows.

Margaret was a supporter of Estherville Animal Shelter, the Jimmy Fund (Dana-Farber Cancer Institute), Team Billy Ride & Walk for Research (National Brain Tumor Society), and local food pantries. In lieu of flowers, Margaret would be very pleased if you would make a donation to any of these charities.

More in this category: « Benjamin Anthony Lauricella Suzann E. Carrigan »
back to top