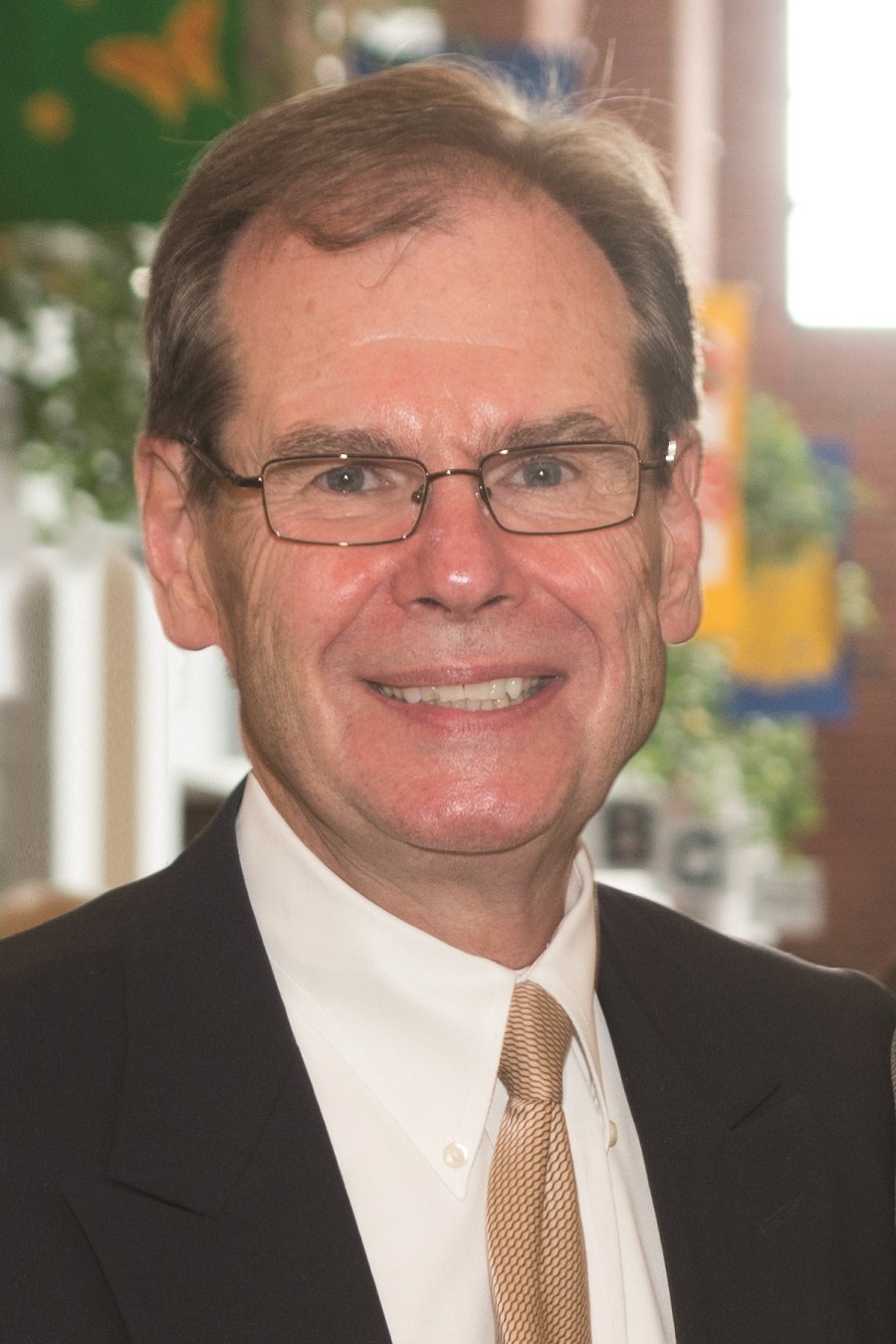 SARATOGA SPRINGS - City Republican mayoral candidate Mark Baker  released a statement Monday in advance of tonight’s Zoning Board of Appeals meeting (7 p.m. at City Hall) where a discussion will be held regarding the proposed 61-bed homeless shelter on the city's west side.

In the statement, Baker says the current proposal “is not sufficient” in serving the homeless, and that “it does not adequately respect our neighborhoods and current residents,” suggesting that a city shelter may bring in more people in need from outside the community.

“As a community we have a moral obligation and responsibility to show compassion and to be responsive to those already in our city who are in need and homeless,” says Baker, adding the shelter “may in fact create an even greater need, by attracting additional folks in need to the community versus Saratoga Springs embracing those who are in the city already needing a helping hand.”

While no alternative plan is offered, Baker says, “I am personally committed to finding a solution to this issue.”

Current Democrat Saratoga Springs Mayor Joanne Yepsen, who is not running for re-election, issued a response to Baker’s statements late Monday, which read, in part: “Mr. Baker's accusation that the Mayor's office, along with the many volunteers who have helped and donated to Code Blue since I have taken office, have somehow contributed to the homeless problem is misinformed, uncompassionate, and just plain mean spirited.”

“I trust and expect the Saratoga Springs Zoning Broad will be realistic and objective when they evaluate the merits and challenges of approving a "Code Blue" facility in the heart of one of Saratoga Springs’ historic and most densely populated residential areas.

“As a community we have a moral obligation and responsibility to show compassion and to be responsive to those already in our city who are in need and homeless, especially children.  I am personally committed to finding a solution to this issue that is sensitive to those in need but is also responsible to our neighborhoods, schools and residents.

“The first step in finding a resolution and mutually acceptable solution is for city leaders, particularly the mayor, to listen and gather public input and guidance.

“The current proposal before the Zoning Board is not sufficient in how it will serve the homeless and it does not adequately respect our neighborhoods and current residents. A better solution needs to be investigated.

“It may, in fact, create an even greater need, by attracting additional folks in need to the community versus Saratoga Springs embracing those who are in the city already needing a helping hand.

“The past approach to these pressing questions and lack of public input, planning and thoughtfulness from the mayor’s office has led to real community problems of vagrancy, aggressive panhandling and encouraging the presence of homeless individuals downtown. In a tourist destination city, with a vibrant downtown residential community, these are problems for tourism, downtown business and public safety management of our community.

“The goal is to be responsive and compassionate to those who are homeless. The solution needs to be respectful and realistic. The current Zoning Board proposal is not the ‘best practice’ approach to addressing the question of how to help people to find shelter.”

"Immediately after Nancy Pitts died on the winter streets of Saratoga Springs in December 2013 and before I was even sworn in as Mayor, I established Code Blue Saratoga with the help of many non-profits in our City stating, never would we allow anyone to die on the streets of Saratoga Springs due to exposure, under my administration.  Since then, we have ended Veterans Homelessness with permanent housing and we are offering emergency shelter under the Code Blue Program.  95 % of Code Blue Saratoga guests are Saratogians.  They are homeless, and in our community already and many are just temporarily down on their luck and need a helping hand.  Not only does Code Blue save lives, but the guests are also receiving much needed support and services that they might not get otherwise.  In fact, the Code Blue program is so successful that over 1/3 of all guests over the past few years have "graduated" and no longer need the emergency shelter.

“Since taking office, the Mayor's office has collaborated with the Chamber of Commerce, Shelters of Saratoga, neighborhoods, non-profits, places of worship, attended community meetings, and hosted countless meetings in my office with all who wanted to meet, discuss options, and help contribute to the solution. We even started a Code Blue Steering Committee made up of the community to work with me and Shelters throughout the program's existence. Wellspring, Giving Circle, Captain, Community Healthcare, Catholic Charities, EOC are all on board and have been involved since the beginning.  This is a community collaboration.

“Since that snowy Christmas Eve in 2013 when we first opened our doors, a volunteer program organically developed of hundreds of caring and generous individuals and now have the added generosity of Ed and Lisa Mitzen.  The leadership of Code Blue Saratoga is well-established and under the highly regarded and successful non-profit Shelters of Saratoga, which offered to oversee a solution to keep people from living off the streets, otherwise it's back on the streets for homeless.

“Mr. Baker's accusation that the Mayor's office, along with the many volunteers who have helped and donated to Code Blue since I have taken office, have somehow contributed to the homeless problem is misinformed, uncompassionate, and just plain mean spirited.  Based on Mark Baker's naive position, many will guess he's never attended a Code Blue Steering Committee meeting or volunteered in the shelter, as so many Saratogians have done.  I would guess the question on many readers minds would be what has he done in the last four years to offer a solution or be a part of the conversation?  He really ought to be ashamed of himself.  I understand he is operating in campaign mode, we are trying to save lives here."

SARATOGA SPRINGS – At the City Council Meeting on Tuesday, May 3, Commissioner of Finance Michele Madigan presented her preliminary year-end report for fiscal year 2015. A summary of the highlights of this report appears on page 19.

Mayor Joanne Yepsen announced her five appointments to the Saratoga Race Course Local Advisory Board. This panel, designed to facilitate good communication between the local community and the NYRA Board has 15 members - five each are appointed by NYRA, The Chairperson of the County Board of Supervisors and the Mayor’s office. The Mayor’s appointments were John Carusone, Dr. William Wilmot, Skip Carlson, Michelle Primacello, and Cindy Hollowood.

The City unanimously approved a resolution entitled ‘Authorization for Mayor to execute Settlement Agreement and Mutual Releases regarding The Anderson Group v. the City of Saratoga Springs,’ which sets in motion closure regarding a piece of long-standing litigation against the City. During the discussion and vote, no particular amount was mentioned, although later in the evening, during the Finance Department’s agenda item called ‘Budget Amendment-Legal Liability’, Commissioner of Finance Madigan noted that the amount was $750,000, which would come from the City’s unrestricted, unassigned fund. This budget amendment also passed unanimously.

In the original case, on July 2, 2010, a verdict of $1 million was awarded to the Anderson Group in US District Court, finding that zoning policies used by the City of Saratoga Springs had a discriminatory impact on African Americans and families with children. The Anderson Group, an Albany, New York builder, sought to construct a mixed-income housing development, called Spring Run Village, a development with 50 to 60 affordable units, on property they own outside the downtown area. The jury found the City had rejected the Anderson's application and rezoned the site from a classification where high-density residential and commercial uses were “preferred” and “encouraged” to a classification where such a development was prohibited.

A wide-ranging, 40-minute discussion on the subject of ‘Citizens' Complaints About Aggressive Panhandling’ took place, with Shelters of Saratoga Executive Director Michael A. Finocchi at the guest microphone for much of it. At the outset, a major distinction was made between homelessness and aggressive panhandling. For instance, it was noted that many panhandler’s are from out of town, may even work in shifts, and conduct their activities like a business – in other words, this may be the ‘occupation’ they have chosen. Homeless people are in need of a wide variety of services, but in most cases are looking for the means to better their situation. Finocchi also pointed out that the city currently has no drop-in daytime shelter or 24/7 mission, as is the case in many cities that are coping with this problem A key point, raised often, is that the best way to stop panhandling of any kind is to stop giving people money. During his agenda, Commissioner of Public Safety Chris Mathiesen announced that a Public Safety forum will take place on Thursday, May 19 at 7 p.m. in the City Council room, and that forum will cover the topic of vagrancy and related issues. Rebecca Davis will soon have a follow-up article to her April 29 cover story on this subject, in which this discussion, the legal perspective, and the thoughts of local business owners and community members will be examined in greater depth.