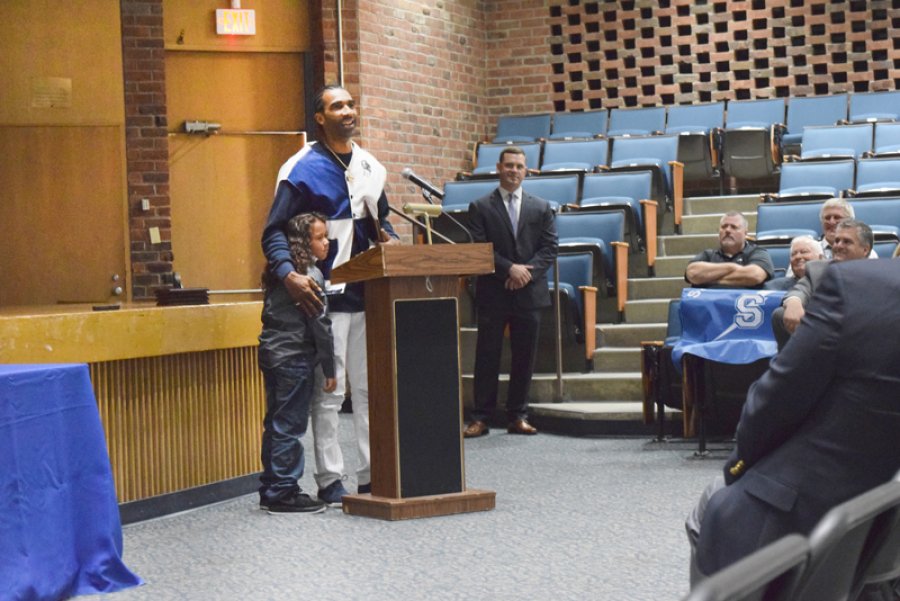 Newly appointed athletic director Nicholas McPartland and second term superintendent Mike Patton acknowledged not only the athletes for their tremendous contributions to athletics both while they were students and for their careers beyond, but the families and local community supporters for their continuous support.

The inductees were introduced by varying members of the community including Rich Johns, of Act with Respect Always, Mitch Snyder, teacher and coach at SSHS and former superintendent Dr. MacFadden.

Though each inductee was unique in what made their Blue Streaks career outstanding, and their post high school career paths differed, they all had a prominent similarity in who they attribute their successes to; their family, and the community of Saratoga Springs they love so much.

Read below for a list and description of the newest Blue Streak Hall of Fame members:

ANTHONY (TONY) DEMATTEO
Class of 1974. Football, Basketball and Baseball
Before owning Saratoga Physical Therapy, where he often tends to local athletes, DeMatteo was a notable athlete for SSHS. During his graduating year he was President of the Boys’ Varsity Club and was named MVP for his football successes.

DeMatteo continues to be involved with Saratoga Springs High School coaches and student -athletes through his development of a program to bring the first Certified Athletic Trainers to the school.

TIM PARKER
Class of 1989. Basketball
During his junior year, Parker led Saratoga to a final four appearance in the NYSPHSAA Championships. Parker placed fourth in Section 2 history when he scored over 1900 career points and was later the all – time leading scorer within Section 2 basketball.

Parker received a full scholarship to Providence College of the Big East, the premier NCAA league at that time. He left Providence and attended Champlain Community College. While attending Champlain, the basketball team was ranked #3 nationally and #1 in the northeast among junior colleges.

After college, Hopkins played professional basketball in Germany for two years before returning to Amherst College where he was the assistant coach for two seasons. While coaching, he earned a master’s degree in Sports Management.

Now, Hopkins is continuing his coaching career, as he was named Head Coach at Muhlenberg College in Pennsylvania.

JORDAN STEVENS
Class of 2009. Basketball, Baseball, Volleyball, Track
Stevens’ varsity career began when he was just an eighth grader, when he joined both the basketball and baseball varsity teams. Stevens lettered that year in baseball. Later on, Stevens lettered in both volleyball and track. Before graduating, Stevens was named a three-time All-State selection, and was named Suburban Council Player of the Year 2006 through 2009.

Stevens attended college at Holy Cross, where he played basketball all four years. Over his collegiate career, he appeared in over 100 games, totaled 518 points, 207 rebounds and 149 assists. He won the Richard J. Maloney Award for spirit and energy as a loyal contributor to the Holy Cross basketball program.

ERIK HOOVER
Class of 1999. Basketball and Baseball
Hoover was named “Most Outstanding Player” at the 1998 baseball sports awards banquet in 1998 and received the Benny Fasulo Memorial Award in 1999.

He attended The College of St Rose and was part of their baseball team who won the New York Collegiate Athletic Conference championship.

Athletics has continued to be a prominent part in Hoover’s life as he coached the Lake George High School Varsity Baseball team for over 10 years and has won more than 100 games. In 2018, the team won the Section 2 Class CC Championship.

TIM BUSH
Class of 2005. Football
Tim Bush is most known for playing in the Indoor Football League for the West Texas Roughnecks in 2010 and the New Mexico Stars in 2011. His football notoriety began when he was a member of the 2004 Class AA Super Champion team. He was later named a Section 2 All-Star and finished high school with career stats of 70 receptions, 838 yards and five touchdowns. Bush was later named to the First Team All-Northeast Conference at Hudson Valley Community College before attending University at Albany. There, he was a letter winner from 2007 to 2009 and was named “Male Athlete of the Year” and “Team MVP” in 2009.

SARATOGA SPRINGS - The Saratoga Springs City School District will honor five individuals for their extraordinary contributions to athletics for the 2018 Blue Streak Athletic Hall of Fame induction ceremony at 4:30 p.m. Friday, October 12 in the Robert Meade Teaching Auditorium at Saratoga Springs High School. The program was established to recognize and celebrate the accomplishments of athletes, coaches, administrators and supporters.

Brianne Bellon, class of 2010 and member of the undefeated cross-country team, which was the suburban council, sectional, and federation champions for five years. Bellon is the current 800-meter record holder for Saratoga Springs.

Claudia Didziulis, class of 1952, participated in varsity basketball, varsity cheerleading and varsity softball. She received the first ever Section 2 Athletic Director’s Secretary of the Year Award in 1999 at the NYS Athletic Administrators Conference.

Rory Pedrick, class of 2004, participated in varsity football and varsity lacrosse. He earned the National Football Foundation Hall of Fame Scholar Athlete Award. Pedrick went on to play Division 1 Lacrosse at UMASS and made it to the National Championship. Pedrick was the first Blue Streak to be recognized twice on ESPN’s “Play of the Day.”

Bill Scott, class of 1929, participated in varsity football, varsity basketball, and varsity baseball at Saratoga Springs High School. He became the Athletic Director for Ballston Spa where he began the sports program and was the first football, baseball, and basketball coach.

BALLSTON SPA - The Ballston Spa Athletics Hall of Fame Committee announced plans for the 2018 induction ceremony to take place on Saturday, May 5 at the Ballston Spa High School auditorium (220 Ballston Avenue). The ceremony will begin at 1 p.m., followed by a reception with light refreshments and is open to the public. Tickets are available for $10 per person. 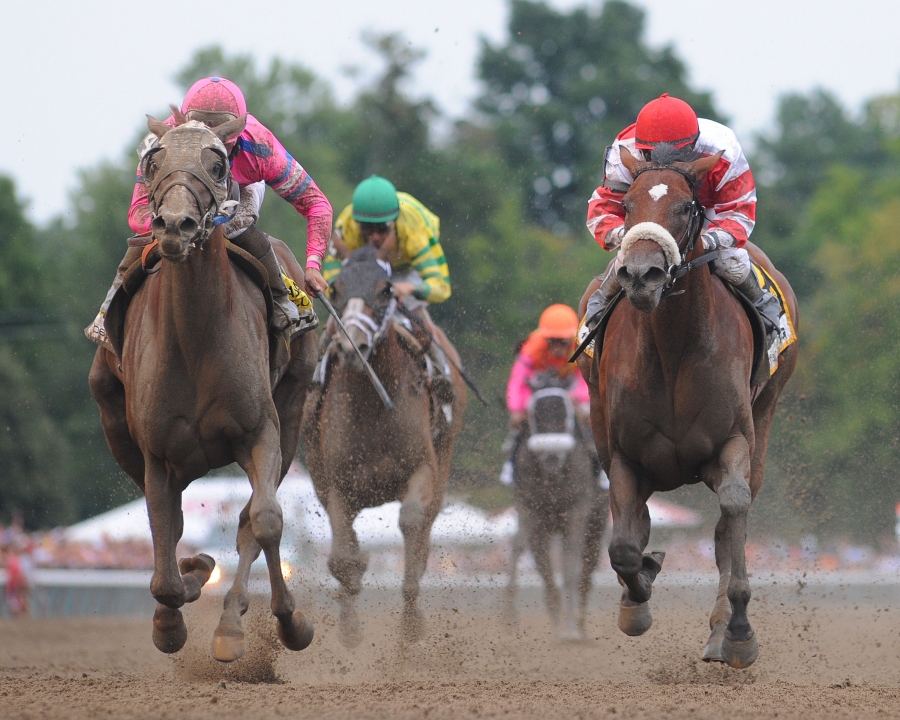 SARATOGA SPRINGS — Four racehorses, three jockeys and three trainers account for the 10 finalists selected to the National Museum of Racing’s 2018 Hall of Fame ballot, as chosen by the Museum’s Hall of Fame Nominating Committee. The finalists are: racehorses Blind Luck, Gio Ponti, Havre de Grace and Heavenly Prize; jockeys Robby Albarado, Corey Nakataki and Craig Perret; and trainers Mark Casse, John Shirreffs and David Whiteley. Hall of Fame voters may select as many candidates as they believe are worthy of induction to the Hall of Fame. All candidates that receive majority approval (50.1 percent or higher) of the voting panel will be elected to the Hall of Fame. The former rule capping the number of inductees at four has been eliminated by the Museum’s Executive Committee. All the finalists were required to support from two-thirds of the Nominating Committee to qualify for the ballot.

The results of the voting on the contemporary candidates will be announced on Monday, April 16. The induction ceremony will be held at the Fasig-Tipton Sales Pavilion in Saratoga Springs, N.Y., on Friday, Aug. 3 at 10:30 a.m. The ceremony will be open to the public and is free to attend. The finalists were selected by the Hall of Fame’s Nominating Committee from a total of 90 initial candidates suggested by turf journalists, thoroughbred industry participants and racing fans. To be eligible, trainers must have been licensed for 25 years, while jockeys must have been licensed for 20 years. Thoroughbreds are required to be retired for five calendar years before becoming eligible. All candidates must have been active within the past 25 years. The 20 and 25-year requirements for jockeys and trainers, respectively, may be waived, at the discretion of the Museum’s Executive Committee. Candidates not active within the past 25 years are eligible through the Historic Review process. Visit  www.racingmuseum.org for more information.

BALLSTON SPA— On Saturday, May 7, The Ballston Spa Athletics Hall of Fame Committee held its 2016 induction ceremony at the Ballston Spa High School auditorium, 220 Ballston Avenue.  A reception with light refreshments will follow at the school. The BSAHF recognizes Ballston Spa alumni who have achieved outstanding accomplishments in the field of athletics. 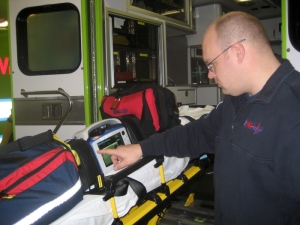