The concern centered on a New York State Office of Mental Health January 28, 2008 finding of sexual harassment by Prezioso to a member of his staff from early 2006 to late spring of 2007 while they were both employed at the Capital District Psychiatric Center in Albany.  Additional concerns about current working conditions at the Saratoga County Mental Health facility located at 135 South Broadway in Saratoga Springs under the new director have been brought to the City’s attention by county staff and concerned citizens.

“We hope that the County will take the appropriate steps necessary to ensure the protection of our citizens and that all charges are properly addressed to ensure top notch and reputable community service to all,” said Yepsen. “Sexual harassment is never okay. This should have been disclosed.”

Mathiesen agreed. “I have three daughters, four sisters, and staff who should be able to work every day and not be harassed,” he said. “Mental health needs are not being met, and the last I looked, this facility is in our city and serves our city residents. All I’m saying is there should be a thorough investigation.”

Madigan said, “Dr. Prezioso has denied allegations of prior misconduct; however, serious concerns have been raised about the work environment at the Saratoga County Mental Health Center since his appointment. Doctors and clinicians have resigned, claiming that the facility is falling apart and that they find working with Prezioso untenable and toxic. There are suggestions that more resignations with follow.”

Prezioso referred requests for comment to Saratoga County Administrator Spencer P. Hellwig, who said in a prepared statement, “For the record, the County Director of Personnel has personally met with every staff member who has asked or expressed an interest in speaking with her to voice their concerns with the new Mental Health Director.  Each employee was provided with a detailed explanation of the process for initiating and following through with a claim where they believe their rights have been violated… Relative to the hiring of Dr. Prezioso the Personnel Department supported his appointment after multiple interviews and a background check was performed which included verification of his licenses, education and prior employment.”

There has been an ongoing undercurrent of opinions being voiced by members of the public who appear to be taking a position based on limited information about what is being done or not being done to manage personnel activities and the delivery of services in the Saratoga County Mental Health Department.

For the record, the County Director of Personnel has personally met with every staff member who has asked or expressed an interest in speaking with her to voice their concerns with the new Mental Health Director.  Each employee was provided with a detailed explanation of the process for initiating and following through with a claim where they believe their rights have been violated.   Many employees complained that the facility needs to be provided with more psychiatrists.  Grievances were filed by employees to the CSEA union in regards to the County actions to stop flexible time and the amount of payment associated with on-call pay.  These issues have been settled by the CSEA and the County.

The demand for Psychiatrists is likely to grow and is a problem State wide, as fewer medical school graduates opt for careers in Psychiatry and many currently practicing are at or near retirement age. The American Psychiatric Association has concluded that the demand for psychiatrist is strong and the need for more psychiatrists will continue to grow.

In addition, Saratoga County is working actively to establish a Nurse Practitioner-Psychiatry position at the Mental Health Center. Nurse Practitioners may diagnose and treat psychiatric disorders, prescribe medication as indicated, and engage in triage and crisis intervention services. The addition of a Nurse Practitioner is specifically designed to enhance access to services.

We have seen random letters being written by individuals outside the department and are aware that Dr. Prezioso’s enforcement of departmental policies has irked some tenured staff members, but County Directors do not adopt County policies or approve the collective bargaining agreements that they are expected to follow and enforce.

The County has and will continue to work with administration and the employees to resolve any personnel issues that are enforceable, but we cannot and will not be a part to any course of action that violates any employee rights to operate in a fashion that serves the interests of the mental health clients or the general public at large.

Relative to the hiring of Dr. Prezioso the Personnel Department supported his appointment after multiple interviews and a background check was performed which included verification of his licenses, education and prior employment.

SARATOGA SPRINGS –The 2015 city election season heated up early with an announcement on Tuesday, Feb. 24 that Sarah J. Burger, former City Attorney, stating that she wanted to make Saratoga Springs a better place to live and do business, will seek the post of Commissioner of Public Safety.

This announcement sets up a primary battle for the Democratic Party endorsement against two-time incumbent Commissioner Chris Mathiesen, who has indicated he will seek re-election this fall.

In her announcement, Burger stressed her family history in the area, which dates back to the Revolutionary War, as well as her experience with labor / management negotiations and pledged to keep an open mind on issues while listening to the entire community in her decision making. While she did not get into specific campaign platform issues in this announcement, she did criticize the Public Safety department for “bad decisions that have led to legal challenges.” Later, she cited the recent attempt to create a district, generally around Caroline Street, outside of which 4 a.m. bar closings would not be permitted, as “discriminatory and ill-advised.”

Burger declined comment on the city’s sale/exchange of parcels on the Eastern Ridge and the Collamer lot at 500 Broadway, stating that she was City Attorney at the time.

Yet it would be hard to visualize a campaign in which this will not be a subject of contention as the election season goes forward, as this is one such subject under litigation.

Currently a labor attorney at Cooper, Erving & Savage, LLP, with offices in Saratoga Springs, Burger was appointed by Mayor Joanne Yepsen to be City Attorney in January of 2014. She resigned from that post abruptly last September, citing a “fundamental disagreement” on how to handle the legal affairs at City Hall.

Burger stated that she would be also seeking endorsements of other political parties as well. If elected, she would be the first female to hold the position of Commissioner of Public Safety in the 100-year history of Saratoga Springs.

Burger was introduced to a gathering of her supporters at the Empire Room at Maestros at the Van Dam Restaurant by her long-time friend, Gary Dake, president of Stewart’s Shops, who stated that the conduct of city council business should not be based on ideology, but balance. 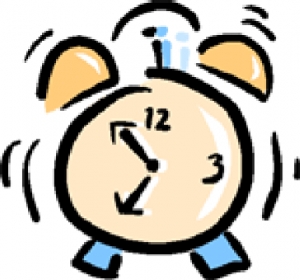 “Fritter and waste the hours in an off-hand way…”

SARATOGA SPRINGS – Our review of the proceedings of the Saratoga Springs City Council meeting on Tuesday, February 4 must include something about what occurred later in the night, after the meeting room was all but abandoned except for a hardcore group of stalwarts, perhaps about six people, including myself.

I was hoping it would not be necessary to revisit the issue of ponderous, self-serving time wasting on behalf of  council members with a new year and a new administration. In truth, I believe Mayor Joanne Yepsen is making a valiant effort to keep the meetings moving along as quickly as possible.

Having experienced being at the tail end of many council meetings, she certainly has tried to keep the pace brisk while coping with longer than usual public comment periods since taking office due to the divisive casino issue.

It’s important for everyone to make a commitment to making meetings more brisk, not because as a reporter I want to get out earlier (although that wouldn’t be the worst thing in the world) but because as an active citizen and voter, I would like more citizens to take an active interest in what is, after all, the people’s business.

However, nobody in their right mind will elect to sit through overly lengthy meetings, agendas padded with ponderous items that have no purpose and no respect for fellow council members’ and the audience’s time.

Case in point: as we approached 10:30 p.m., fully 3.5 hours into a long meeting, we finally arrived at the Public Safety agenda, which had these items:

- Four discussion items. None of which had a vote attached to it.

- One motion to set a public hearing.

In truth, only one of the four ‘discussion’ items was a discussion in the classic sense, for none of the council members had any response (except in some cases to inspect the ceiling) to anything Commissioner of Public Safety Chris Mathiesen had to say, except for an item regarding eleventh hour appointments by former Mayor Johnson.

The first ‘discussion’ item was perhaps the biggest time waster. Commissioner Mathiesen actually thought it was a good use of public time to read into the record a two-week old reader’s view he had written, and which had already been published in the media, on his opinion on the casino issue.

Regardless of what you think of the merits of his opinion on the subject (you can search it out yourself if you like – it appears to advocate unilaterally changing the thrust of the language of a proposition that has passed statewide in this reporter’s opinion and therefore has zero shot of happening), the point is why he needed to take up everyone’s time in the first place with this.

Other commissioners have written reader’s views; some for us, some for other publications. When was the last time someone read it into the record? If it must be part of the record (a dubious point), why not just hand it in to the person taking minutes and move on?

This was followed closely by two other ‘no-discussion’ items, both pet subjects for the commissioner; one on the subject of bar-closing hours and a noise ordinance. Commissioner Mathiesen saw fit to say that he was planning to introduce motions on each at some undefined time in the future. Again, at this late hour are future motion forecasts really a good use of public time?

In fact, why are pure ‘discussion’ items, without a vote attached, even on the agenda? Last time I looked, council members were allowed to talk to each other before meetings. This is why other meetings, including Saratoga County’s Board of Supervisors and many other municipalities are able to get their business done in a fraction of the time it takes this council to do so.

Finally, Commissioner Mathiesen made an announcement about his next public safety forum, over a month from now. If you missed this announcement because your eyes had glazed over by this point, no need to worry. He promised to repeat this announcement again at the next couple of council meetings. Oh, goody!

While we are singling someone out here, I want to make it clear that Commissioner Mathiesen is by no means the only one on the council who engages in this kind of thing – just the latest and perhaps most illustrative example.

I do promise to point out this kind of time wasting by any of our elected officials in the future, as I believe it is discourteous to the county supervisors who sometimes have to wait over three hours to give their reports, to fellow council members and most importantly, to the public at large.