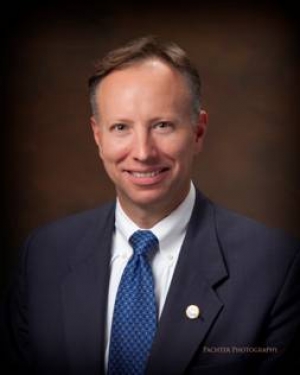 Murphy will make his official announcement at a press conference that is scheduled for 10:30 a.m. on Friday, February 14 at the Saratoga Springs Holiday Inn.

“I love this office.” Murphy said, when reached by phone, referring to his 5-term tenure as county DA. He is beginning his 17th year in 2014. “But it’s time for some new challenges.”

DA Murphy will be seeking the judgeship that will be vacated by Saratoga County Court Judge Jerry Scarano. Judge Scarano will be concluding his second 10-year term at the end of 2014. As Judge Scarano has reached the mandatory retirement age of 70, the Board of Elections had already scheduled an election for this post and so a special election will not be needed.

DA Murphy had great praise for Judge Scarano, who he had worked with in various capacities over 26 years.

“When I began as an Assistant DA, Jerry was First Assistant DA. Later when he moved to the bench, he has been the one who handled all the big cases, the felonies throughout my term as DA. Judge Scarano set a standard that I hope to maintain.” Murphy said.

Murphy has run unopposed for all 5 elections to the District Attorney’s office, receiving endorsements from the Republican, Conservative and Independence parties. He indicated that he would seek multiple party endorsements for the coming county judge run. “The Saratoga County Court Judge, like the County District Attorney office, is not political. We serve everyone.”

Interestingly, should James Murphy III successfully win the County Court Judge race in November, the code of judicial ethics and conduct would go into effect immediately— thereby preventing him from either recommending or endorsing his successor.