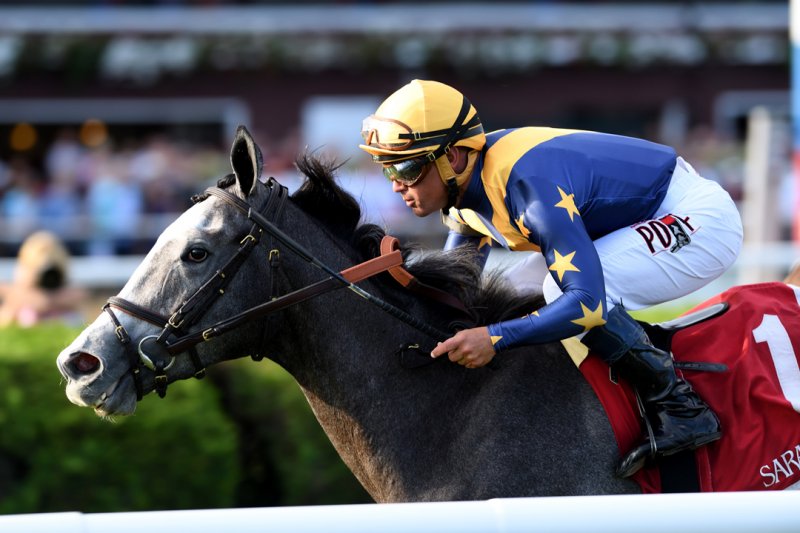 The highlight of the final week is Saturday when the Jockey Club Gold Cup will sport an enhanced $1,000,000 purse and a new location at Saratoga. It replaces the Woodward Stakes that will be run at Belmont this Fall. The timing, distance and purse are meant to position the race as a springboard to the Breeder’s Cup Classic run November 6. Previously run at Belmont Park whose track configuration required an awkward starting position for the mile and one quarter distance, The Jockey Club Gold Cup now has a better starting position on Saratoga’s mile and an eighth oval.

The Saturday card has a second Grade I race in the Flower Bowl for older fillies and mares at a mile and three-eighths on the grass with a $600,000 purse. This race also has been moved from Belmont to Saratoga and sees a distance change to a mile and three eighths to match the distance of the upcoming Breeders’ Cup Filly and Mare turf to be run November 6.

The historical significance of the Jockey Club Gold Cup cannot be overstated. The astounding list of its winners includes – Man o’ War, Gallant Fox, War Admiral, Whirlaway, Citation, Nashua (twice), Kelso (an unfathomable five straight times), Buckpasser, Damascus, Shuvee (twice), Forego, Affirmed, John Henry, Easy Goer, Cigar, Skip Away (twice) and Curlin (twice).  Through its history it has been run at numerous distances and at different racetracks and its renewal in 2021 at Saratoga begins yet another new chapter.

Before discussing the rest of the week, I want to look back at a maiden winner on August 19. Saratoga is about special moments and special people. Many are well known- others are not. Owner Michael Dubb’s first homebred winner – Marvelous Maude - is named after Maude Walsh who is known to many owners and fans for her love and knowledge of the sport and through her former work in Horseman’s Relations for the NYRA. Last week Maude and her husband Dan Kadyszewski were in the Winner’s Circle to celebrate the win of her namesake. She told me “When Chad Brown told me he ‘had my horse,’ I was flattered to find it was named for me. Winning at Saratoga was special for this Maude, who is also a New York bred.”

The beginning of the final week starts on Wednesday with the With Anticipation a Grade III grass event at a mile and a sixteenth for 2-year-olds.

Thursday features the filly counterpart to the With Anticipation with the P. G Johnson Stakes for two-year old fillies on the grass at a mile and a sixteenth. The race is a personal favorite of mine as it is named in honor of one of my earliest employers – Hall of Fame trainer Phil Johnson. Inducted into the Hall of Fame in 1997, Johnson trained thoroughbreds for parts of seven decades compiling 2,315 wins while training the winners of scores of stakes races. Quiet Little Table’s upset of the mighty Forego in the 1977 Suburban is just one example. Johnson won training titles at Aqueduct, Belmont and Saratoga and won at least one race at Saratoga for 36 consecutive years 1962-2003.

His most famous win occurred in his native Chicago when Volponi (a horse Johnson bred) won the 2002 Breeders’ Cup Classic at Arlington Park at odds of 43-1. It was the culmination of almost 60 years of knowledge and dedication and Johnson’s biggest win.

(Notably, his training feat that day unearthed an ongoing computer fraud by industry computer programmers engaging in post-race betting into the pick 6 pools. Not only did Johnson’s Volponi defeat a world-class field that day he saved bettors and the sport from the ongoing theft.)

I spoke this week with one of Johnson’s daughters – Karen Johnson - who modestly and graciously said “My sister Kathy and I always look forward to the day the P.G. Johnson Stakes is run. Through the great kindness of former NYRA racing secretary, Mike Lakow, a race was named in my dad’s honor, one year after his passing. With Covid last year, we weren’t able to make the trophy presentation, so we’re really looking forward to resuming the honor this year.”

Friday’s highlight is the Lucky Coin for older horses at five and one-half furlongs on the turf.

On Sunday two-year-old fillies stretch out to 7 furlongs in the Grade I Spinaway which has been run since 1880 and won by the incomparable Ruffian in 1974. This year’s renewal expects to highlight recent winner Echo Zulu.

The 2021 meet wraps up with a Monday Labor Day card featuring two stakes -the Grade II Bernard Baruch at mile and a sixteenth for 3-year-olds and up and the Grade I Hopeful for two year olds at 7 furlongs. The Hopeful is traditionally the closing day feature having been run since 1901. Past winners of the Hopeful include Secretariat and Affirmed. This year’s favorite is expected to be the undefeated Wit from the Todd Pletcher barn.

Read 351 times
More in this category: « Meet... Bob Wilson It’s a Summer in Saratoga for Sharp... in More Ways than One »
back to top