Saratoga Wrap Up: Good Performances and Smiles All Around 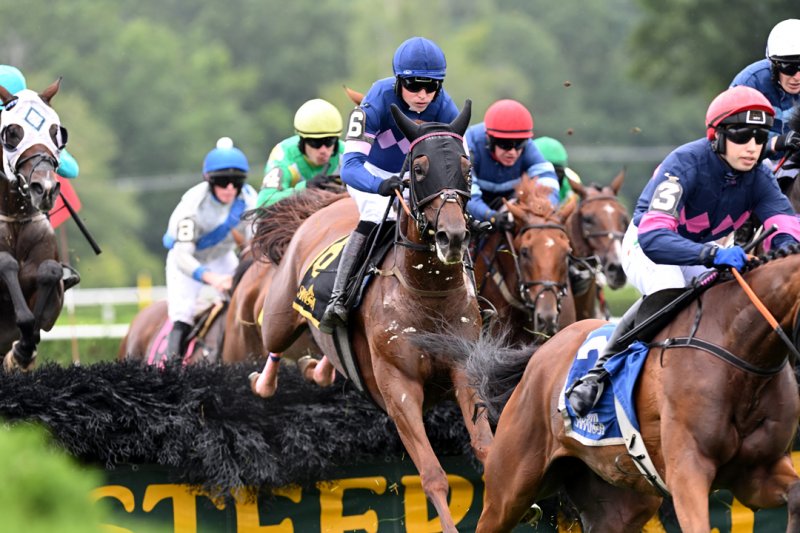 The 2021 racing season at Saratoga Race Course is coming to a close and New York racing moves to Belmont Park and all racing aims towards the Breeders’ Cup in San Diego in November.  By almost any measure the 2021 Saratoga meet was a success for racing and the New York Racing Association.

While the meet started amidst a backdrop of uncertainty due to Covid it did so successfully drawing enthusiastic crowds who had missed the 2020 season. So much of the Saratoga meet is about maintaining long distance friendships and acquaintances and opening weekend really felt like a homecoming as people greeted each other with smiles and waves (if not handshakes). Two years being a long time, the bulk of conversations were catch up in nature. Everywhere people could be heard inquiring of the health and well-being of those attending and those who were missing. To many the social nature of the meet rivals the on-track performances in importance, and the meet was filled with numerous fundraisers for racing-related charities, including Jockey Kendrick Carmouche again stirring his famous gumbo for the benefit of the Thoroughbred Retirement Foundation.

Saratoga did well to absorb the influx of racing fans. While some restaurants maintained their top-class reputation, others struggled with staffing and other shortages leading many to close on Monday and/or Tuesday nights to permit their workers a day of rest. The night life in the town rebounded but tragically, violence struck Caroline Street with two local men criminally charged in connection with the death of a racing fan in a nighttime altercation.

Many other traditional events returned to the schedule after missing 2020 due to Covid. The 100th Fasig-Tipton Select Sale proved a success with each of the two nightly sessions producing big crowds and a yearling sold for more than $1 million. Notably, for the first time a yearling was purchased with cryptocurrency – an old tradition meets the modern economy.

The National Museum of Racing and Hall of Fame saw two classes inducted this year since the 2020 ceremony was cancelled. Among the new entrants were trainers Mark Casse and Todd Pletcher and Triple Crown winner American Pharoah. Congratulation to all.

The 40 days of racing produced more than $800 million in mutuel handle; a large increase impelled by increased use of betting aps. Time and again I had conversations with casual bettors who said they were previously reluctant to bet from home using account betting but “they had to last year” and now were fully converted to their use. With the expanded television coverage nationally on Fox network NYRABETS, the NYRA account betting platform, produced increased handle and daily participation by race fans even on days spent elsewhere. For those using other betting aps it is worth noting that Tina Nomikoudis -Key Account Manager- NYRA Bets - is always available to key NYRABETS users who come to the track in person and extends every hospitality. Those efforts when combined with the monthly rebates extended to players makes the NYRABETS account hard to beat.

The actual racing produced some memorable finishes by both established and upcoming stars. Controversial trainer Bob Baffert saw his exceptional filly – Gamine win the Ballerina with ease while standout three-year-old Essential Quality won both the Jim Dandy and the marquee Travers to establish his claim as three-year-old of the year. The reputation of Saratoga as “The Graveyard of Champions” stayed true to form when Maracuja upset Malathaat in the Coaching Club American ‘Oaks only to see Malathaat avenge that defeat by winning the Alabama. In addition, Knicks Go, Letruska and Wit all established themselves as leaders of their respective divisions with outstanding performances during the meet.

Trainer Steve Asmussen won a race at Saratoga with an unraced two-year-old to make him the trainer with the most wins in the history of American racing, while familiar names Chad Brown and Todd Pletcher led the training ranks despite Mike Maker winning a bunch of races early in the meet.  Jump trainer Keri Brion was the new training star of the meet dominating the jump races including the newly named Jonathan Sheppard Stakes.

The jockey leader was Luis Saez who may break the all-time win record of 68 followed by the usual strong performances by the Ortiz brothers – Irad and Jose.

The meet was not without controversy, as the New York Racing Association’s attempt to ban Hall of Fame trainer Bob Baffert from entering horses at the meet was temporarily stayed by a federal court until he could have a fair hearing. Baffert entered a small handful of runners during the meet winning the aforementioned Ballerina. In addition, a few decisions by the racing stewards regarding disqualifications (or lack thereof) for interference struck veteran race watchers as inconsistent. In a stark reminder that not everyone loves horse racing there were organized demonstrations on some of the bigger days against horse racing by groups who believe it cruel and advocate its end.  While noisy the demonstrations were peaceful and orderly in nature.

Sadly, the Covid Delta variant did not leave racing unscathed as numerous racing participants, personalities and employees contracted Covid later in the meet with NYRA employees resuming mask wearing during the second half of August.

All in all, the 2021 Saratoga race meet was a successful return to racing in front of a live audience and the continuation of more than a century of tradition. The New York Racing Association, all of its employees, all of the horsemen and horsewomen who run their horses and all who support racing should be commended for their efforts and proud of their success. (Its only 44 weeks away from opening day 2022).

Read 413 times
More in this category: « It’s a Summer in Saratoga for Sharp... in More Ways than One A Career that Reflects Award-Winning Writing, Legends, Humor, and Respect »
back to top