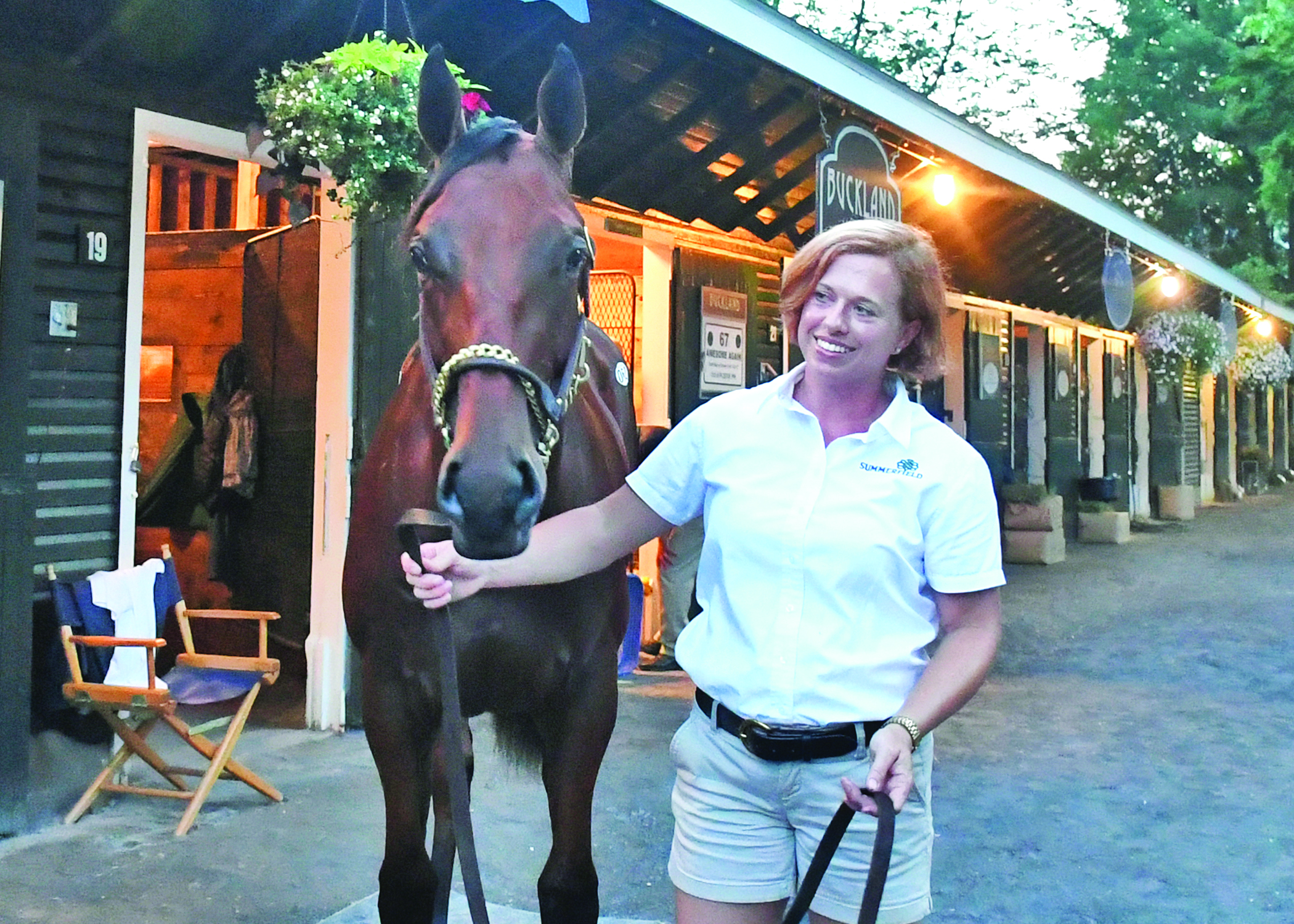 SARATOGA SPRINGS — The Fasig-Tipton Saratoga Selected Yearlings sale took place Monday, August 6, and Tuesday, August 7; both nights were extremely lucrative for those involved. On Monday, Triple Crown winner American Pharoah’s offspring had outstanding sales. Hip 26, a filly from the first round from American Pharoah, sold for $1.2 million to OXO Equine.

The Saratoga sale was the last catalog put together by the late Fasig-Tipton vice president Bill Graves, who has a memorial plaque dedicated to him in the stables, and who passed in May. His son, Brian Graves of consignor Gainesway was present for the sale. Acknowledgement to Bill Graves was felt throughout the evening via a speech by announcer Terence Collier, a commemorative tie for sale to benefit the Thoroughbred Aftercare Alliance, and a tribute in the catalogue.

Monday’s session had 83 horses sold for a total of $28,965,000 – up 19 percent from last year’s opening night, where only 75 horses brought in $24,425,000. The average for Monday’s sales was $348,976, up 7 percent from last year. The median sat comfortably for the second year in a row at $300,000. Only 24 horses went unsold. The second top selling horse from Monday was also offspring to American Pharoah, Hip 62, sold to Bob Baffert, owner of Triple Crown 2018 winner Justify, for $1 million on behalf of M.V. Magnier of the Coolmore partnership. Baffert will be inducted into Saratoga Walk of Fame during Red Jacket Ceremony on Friday, August 24, New York Showcase Day. Baffert is a four-time Eclipse Award-Winning trainer, he is one of only two trainers in history to win multiple Triple Crowns. In 2015, he had his first Triple Crown via American Pharoah and in 2018 via Justify. Hip 82, sired by Into Mischief, was the third highest selling to OXO Equine for $950,000.

More in this category: « All Reserved Seats Sold Out for Travers Week Commentator’s “It” Factor »
back to top