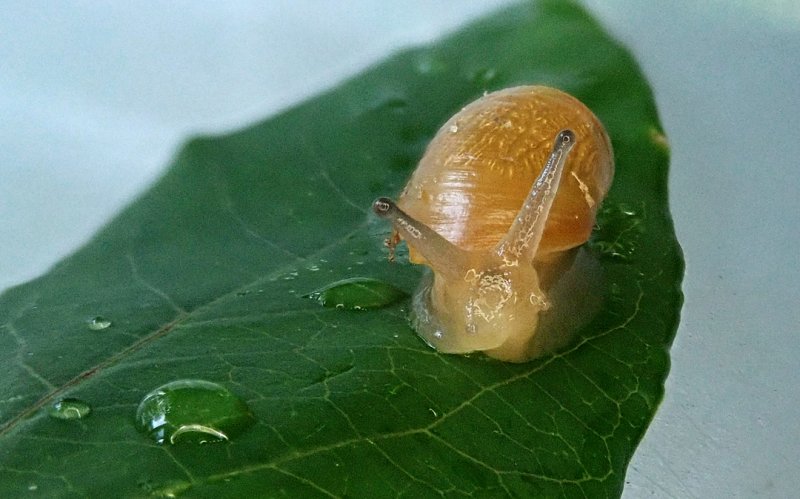 Summer of 2021 will not be remembered fondly by farmers and gardeners.

July was one of the top 5 wettest on record. It hasn’t been very sunny or warm either. This has slowed the ripening of tomatoes and other vegetable crops. Even the annual flowers have been slow to put on their show this year.

There are a couple of critters that love “the wet” though: slugs and garden snails. They both like to munch on many of our favorite ornamental and vegetable plants. In the past, slugs and snails have been difficult garden pests to control.

In the past, there was only one bait made and the active ingredient was metaldehyde. Metaldehyde was nasty stuff and was for use around ornamental crops but never vegetables, fruits or berries. It is also toxic to animals so I would never even consider using it. Metaldehyde has now been removed from the market...thank goodness!

There were also a variety of “old school” slug and snail control techniques. One option was plucking and drowning the slugs in soapy water. You’d need to wear gloves since slug slime isn’t something that you can wash off easily.

There was also the dish sunk into the ground and filled with beer. The idea was that the slugs and snails are attracted to the beer (true) and would drop into it and drown. This method never worked well for me. I’d catch a few but it seemed like a terrible waste of beer.

Another method was placing grapefruit rinds upside down in the infested area. The slugs and snails are attracted to the grapefruit rind and you’d find them under there in the morning and then drown them. It worked but you’d need dozens of grapefruit rinds if you wanted to catch enough slugs to make a difference.

I never had much success with any of these methods in a year like the one we’re having this year. The demand for something safe and effective safe slug control finally led to a natural mineral-based slug control that is not only very effective but is totally safe to use in the berry patch and vegetable garden. It is iron phosphate.

I’m most familiar with the iron phosphate slug and snail bait called “Slug Magic” but there are others available. Just make sure that the active ingredient is iron phosphate.

This stuff works great and is harmless to dogs, cats and all the wildlife except slugs and garden snails. You just sprinkle it around (according to the instructions on the package of course) and the slugs actually prefer it to the plants. It works fast too. Sprinkle it on in the evening (slugs feed at night) and by the next night you won’t see slugs around. Once they nibble a little Slug Magic, they stop feeding and crawl away to die. It really is almost like magic!

More in this category: « Grub Control Mums & Asters »
back to top