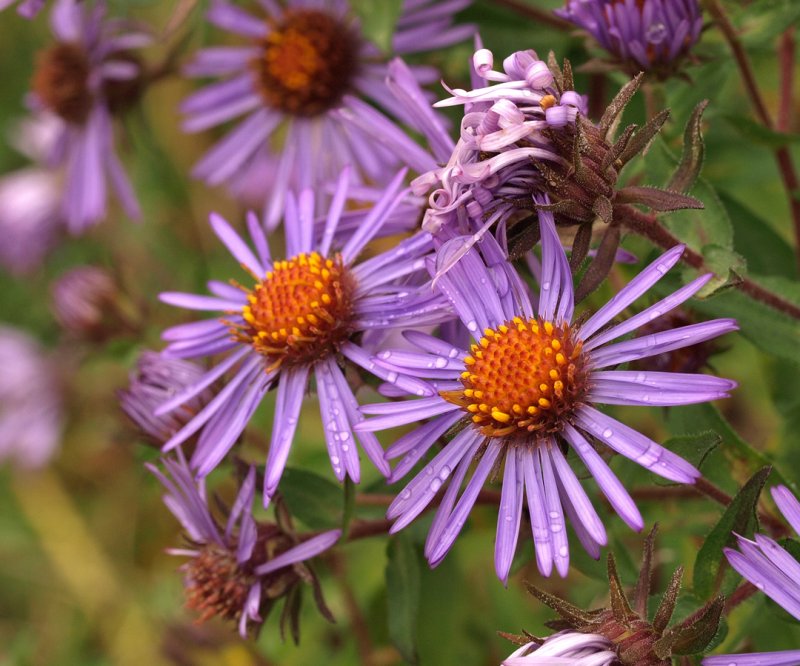 Summer was a soggy mess but autumn weather has been making up for it so far.

It is fall flowering mum season and they are on full display in yards all across the region.

Mums have been cultivated for their beauty for over 3,000 years. Thousands of years of breeding give us mums of nearly every size and color.

History traces the origin of chrysanthemum culture to Imperial China over 3,000 years ago. Chrysanthemums were highly prized by the emperors of China who considered them to be more valuable than gold. The Japanese also revere the chrysanthemum. In fact, the origin of Japanese culture is wrapped in chrysanthemum legend. It seems that one of the early emperors of China became quite ill. In his quest for a remedy he learned of the “herb of youth” that would restore his health. The search for the “herb of youth” was entrusted to twelve male and twelve female virgins. They sailed out onto the Pacific Ocean with a bamboo basket filled with the Emperor’s beloved “golden daisies” to trade for the “herb of youth.”. They didn’t make it far before the quest was ended by a typhoon that left them shipwrecked on a rocky archipelago. With their journey at an end, the survivors planted the revered mums and set about exploring their new home.

Over the years, the survivor’s descendants populated the islands we now know as Japan. Their reverence for chrysanthemums continued, and they were eventually considered the exclusive property of their Emperor. In 910 AD, the Japanese Emperor displayed his prized plants at the first Imperial Chrysanthemum Show and declared them to be the national flower of Japan. In 1876, another Japanese emperor created the Order of the Chrysanthemum as the highest honor he could bestow on an individual. The Japanese word “kiku” represents both the chrysanthemum and the office of the Emperor. The royal crest is a traditional sixteen-petal chrysanthemum design. European interest in Chrysanthemums budded with the arrival of plants brought back from the orient by Dutch traders in the early eighteenth century. The Dutch are known to have produced several new varieties from the original plants. Chrysanthemums came to North America in 1798 in the hands of John Stevens, a nurseryman from Hoboken. By 1850, the Chrysanthemum Society of America had been founded, and they held their first show in 1902.

Many folks display their potted mums, waiting until right before frost to plant them. This really doesn’t give the plant much of a chance to get some roots down into their new home. It is best to plant them as soon as you can.

After the flowers are finished, snip them off but leave the leaves. They’ll provide food to help the roots grow until frost claims them. There’s no need to cut your mums back until spring when new growth appears. In very windy locations, you might cover them with evergreen boughs after several hard freezes. This will protect them in case we have a snowless winter. Snow is the best winter protection for mums and all of our perennial garden plants.

Lately, North Americans asters have become a popular contender for champion of fall color in the flowerbed. Compared to mums, asters are a relatively recent upstart. English gardeners, visiting their colonial cousins found asters to be quite lovely and brought seeds back to the British Isles with them. So even though asters are a native North American plant, they became a popular fall-blooming plant in the gardens of England long before Americans learned to appreciate them. It’s a classic case of one man’s trash becoming another’s treasure. Whichever you choose you’ll enjoy great fall color for many years to come. Heck, why choose! Grow them both.

More in this category: « Ugh - Slugs! Builder’s Corner: Building and Remodeling Post Pandemic »
back to top