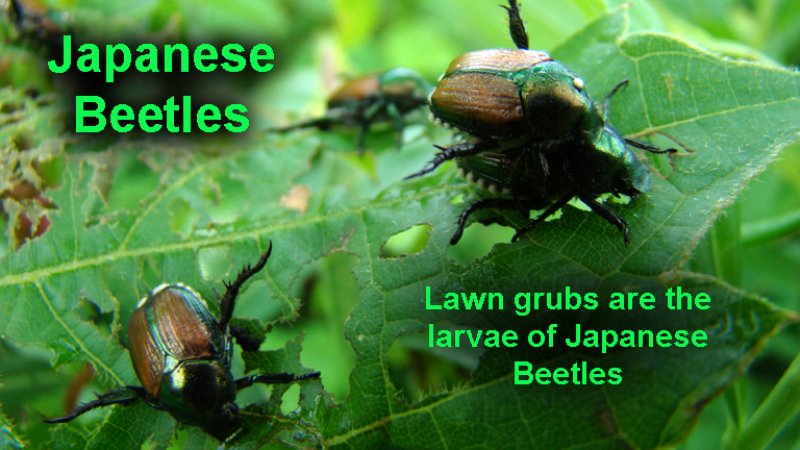 If you want to control lawn grubs organically, then August is a very important month for you.

Milky Spore is a disease that only affects Japanese Beetle grubs. It won’t hurt earthworms or even a bird that eats a grub that has the disease. This makes Milky Spore much safer for the environment, your family and your pets and wildlife. It really is the only logical choice for lawn grub control.

Milky Spore should be applied twice a year for three years to reach “epidemic” proportions in the soil. Milky Spore is best applied in mid-May and late August through early September when grubs are present in the soil. Grubs that hatch into your lawn contract the disease then die which reproduces the disease and spreads it throughout the soil. This happens over and over and soon the entire lawn is protected by the disease that’s spread by the dying grubs. Milky Spore is only a little more expensive up front but will last 20 years and longer once it takes hold. Not a bad investment and you’ll never have to worry about lawn damage from Japanese Beetle grubs ever again.

Like other grub control products, it gets watered-in thoroughly IMMEDIATELY after application. DON’T COUNT ON RAIN TO DO THE JOB! Rainfall is never hard enough to get the chemical off the surface of the soil and down to the roots where the grubs are. Once milky Spore is out of its bag and spread on the lawn, it begins to die once it is exposed to sunlight. Because it is sensitive to light, it is best to apply and water in Milky Spore right before dark. As soon as you put your spreader away after you apply Milky Spore, get the sprinkler out and soak the area with a full inch of water. No scrimping. Use an empty tuna fish or cat food can to measure the inch of water. When your sprinkler has filled the can, you’ve applied the correct amount of water. If you are treating a large area, only apply grub control to as much area as you can effectively saturate within a hour or so. It may take you several days working a section at a time depending on your watering system. That’s all there is to it. Not much effort considering all the time and money you’re saving versus annual applications of a chemical grub control. The fact that it so much better for the environment is a nice bonus as well.