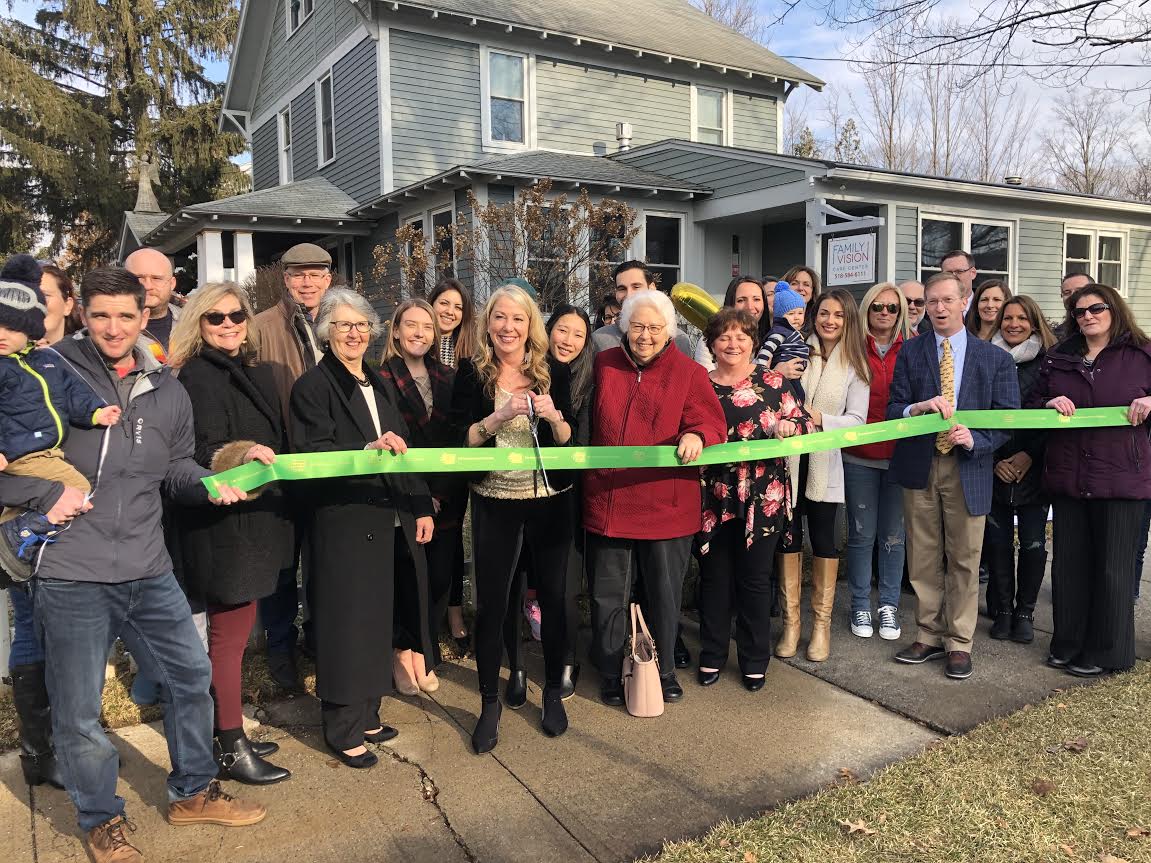 “This is a great community to be a small business,” said owner Susan Halstead while speaking at the ceremony. Halstead thanked the Adirondack Trust for their support, and Wally Allerdice. “He went to bat for me, and made my dream possible.”

Attendee Todd Shimkus, President of the Saratoga County Chamber of Commerce, congratulated Halstead on the accomplishment along with a representative from Senator Daphne Jordan’s office, who presented Halstead with a Certificate of Recognition from the Senator.

The practice was first owned by Cline Zachariah Miamoto in 1920, and was located on Broadway where deJohnge Original Jewelry currently sits. Cline’s stepfather, Charles Haskins, was a jeweler, and it was common at the time for jewelers to make glasses frames out of silver and gold for eye doctors. At the time of World War II, Cline was afraid that people would not see an Asian doctor, and proceeded to change his name to Dr. Cline Z. Cline.

The next owner, Dr. William Ling, purchased the practice in 1955, and moved its location to the Arcade Building on Broadway. After a major fire, during which he was able to rescue equipment and his accounts receivable against the advice of firefighters, Dr. Ling moved the practice to a former surgeon’s office on George Street. Three years later, the practice moved to its current location on the corner of Lake Ave. and East Ave. At this location, Dr. Ling had an office built onto the home.

In 1993, Halstead began to work for Dr. Ling as an optician, and later purchased the home and office with her husband Jeff in 1997. Since then, Halstead has renovated the practice, house and added a handicap accessibility parking lot in 2015.

Looking towards the future, Halstead is very excited about the practice’s specialization in ortho-keratology, which helps prevent the progression of near-sightedness in children and prevent future eye disease. She also looks forward to Family Vision’s continued service to the local community. “People can go to eye care places out at the mall, but it’s not the same as here. We know everybody. We probably took care of your grandfather,” said Halstead. “It’s that kind of small town community feeling that makes us accountable as a practice, and grateful for the support of our community.”

Throughout the coming year Family Vision will partner with other small businesses in Saratoga to host monthly raffles, with prizes including Maui Jim sunglasses and a 45-minute private training session with Reform Pilates. They will also be posting weekly Throw Back Thursday videos on their social media to showcase the history of the practice. For more information on Family Vision Care Center, visit the practice’s website: www.familyvisioncarecenter.com