Aldi Opens in Wilton This Week 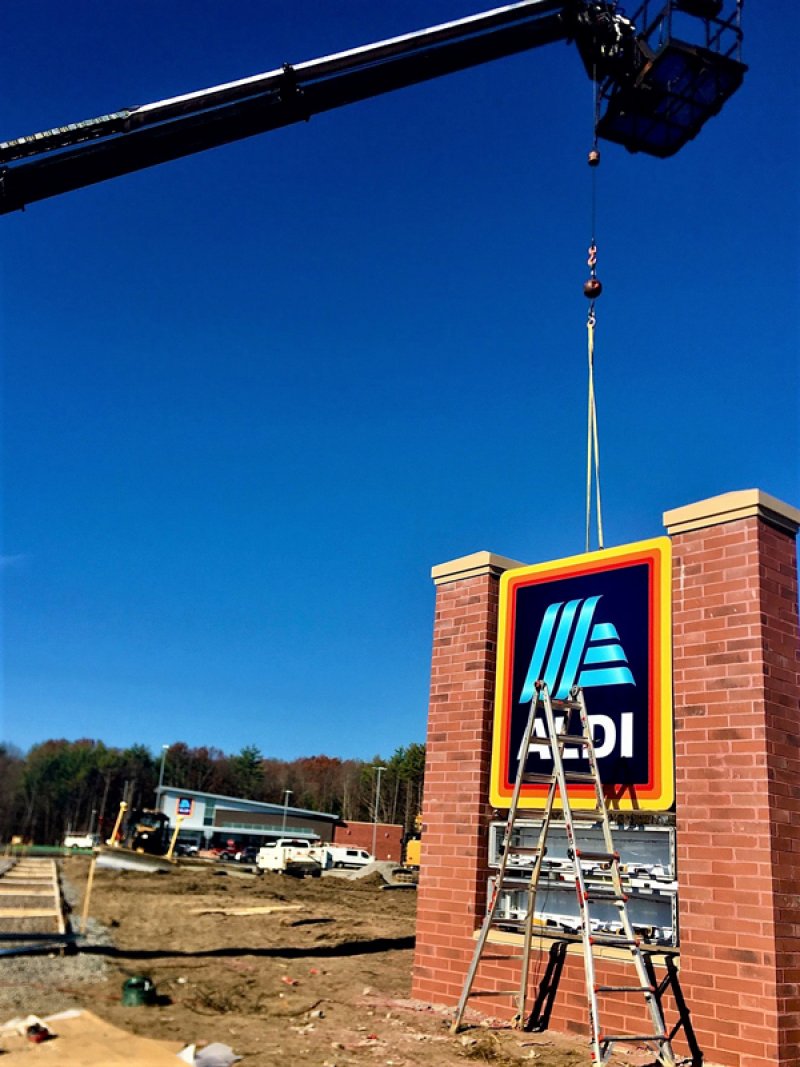 Photo: Aldi, putting the finishes touches on its latest store on Nov. 9, 2020, in advance of the grocer’s opening this week in Wilton. Photo by Thomas Dimopoulos.

WILTON — Aldi, which counts 2,000 stores across 36 states, opens its newest store in Wilton this week. Located just off Lowe’s Drive, the grocer will be open 9 a.m. to 8 p.m. daily.

Headquartered in Illinois, Aldi has more than 2,000 stores across 36 states, employs over 25,000 people and has grown steadily since opening its first US store in Iowa in 1976. The company says its national expansion is part of its plan to become the third-largest U.S. grocery retailer by store count by the end of 2022.

“We are dedicated to providing the communities we serve the best groceries at the lowest-possible prices, and we look forward to introducing Saratoga Springs to their new neighborhood grocery store,” said Chris Daniels, South Windsor division vice president for ALDI, in a statement.

Regionally, Aldi sites stores in Queensbury, Ballston Spa, Clifton Park and Glenville, according to the company’s store locator. The first store opened in 1961 in Germany.

More in this category: « After 21-Year-Run, Popular Spa City Creperie to Close at Month’s End Seedlings Baby Food: Locally Sourced, Farm-Fresh Food for Babies Open for Business »
back to top