Price Chopper/Market 32 to Merge with Tops Markets, Alliance of 300 stores, and 30,000 Employees 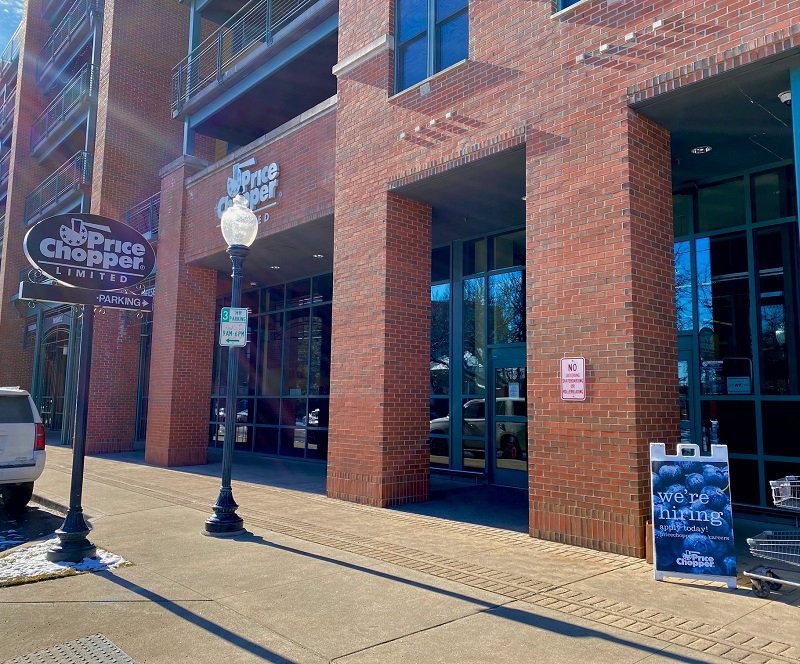 here are more than 130 Price Chopper and Market 32 grocery stores. This one of them: Railroad Place on Feb. 8, 2021. Photo by Thomas Dimopoulos.

SARATOGA SPRINGS — Price Chopper/Market 32 and Tops Markets announced this week that they have entered into a definitive merger agreement to create an alliance between the two independent grocery chains, nearly doubling their collective footprint in the Northeast.

The transaction unites two New York-based grocery chains, and the merged companies say they are expected to be better positioned to compete and offer more value and services to their customers across the Northeast.

Based in Schenectady, Price Chopper/Market 32 was founded by the Golub family in 1932 and operates 130 Price Chopper and Market 32 grocery stores and one Market Bistro, employing 18,000 in New York, Vermont, Connecticut, Pennsylvania, Massachusetts, and New Hampshire.

Locally, the company has stores on Railroad Place, and on Ballston Avenue in Saratoga Springs, on Route 50 in Wilton, as well as sites in Clifton Park, Mechanicville, and Malta.

Tops Markets is based in Williamsville, New York, located in Erie County, and operates 162 grocery stores in New York, Pennsylvania, and Vermont, including five that are run by franchisees. According to the company, it is the largest private, for-profit employer in Western New York, and counts more than 14,000 associates.

Scott Grimmett, Price Chopper/Market 32's President and CEO, will be CEO of and serve on the Board of Directors of the new parent company which will oversee the operations of nearly 300 Price Chopper, Market 32, Market Bistro and Tops Markets stores and collectively employ more than 30,000.

The new parent company will be headquartered in Schenectady. The Price Chopper/Market 32 and Tops Markets businesses will retain main offices in Schenectady and Williamsville and will continue to be managed locally by their respective leaders.

"This merger marks a major step forward and collectively elevates our ability to compete on every level," said Grimmett, in a prepared statement. "It leverages increased value for our customers; advances shared opportunities for innovation; fortifies the depth of our workforce, community and trade partnerships; and ultimately accelerates our capacity to deliver a distinctively modern and convenient shopping experience. Given the vital role that supermarkets and their workforces play in our communities, particularly this past year, I am excited to lead the parent company of these two historic grocery retailers."

The transaction is expected to close in the upcoming months, subject to regulatory approval and customary closing conditions. Financial terms of the transaction were not disclosed.