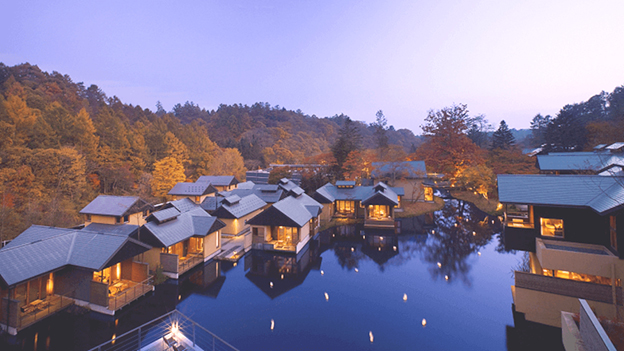 SARATOGA SPRINGS — An international resort company that first set its sights on developing a luxury hotel in Saratoga Springs in 2018, before reportedly backing off that plan when the pandemic hit last year, may once again be targeting the Spa City to site a facility that caters to Americans interested in experiencing the culture of Japan without having to travel internationally.

In September 2018, the company entered into a Memorandum of Agreement of Sale as purchaser of two parcels of land totaling nearly 87 acres, located just south of Saratoga Spa State Park. A deed agreement was subsequently filed with the Saratoga County Clerk’s Office one month later.

The two specific parcels named in the memorandum included 6.88 acres at Route 9 and Columbia Avenue, and 79.34 acres at 38 Columbia Avenue. Those lands are located in a mostly wooded area, just south of the Saratoga Spa State Park and East West Road, just off Route 9. The closing and transfer of title date were slated to take place by late 2020, with Hoshino holding the exclusive right to purchase the properties under the agreement.

When that didn’t happen by the end of the calendar year 2020, the plans were believed to be off.

However, Hoshino Resorts has expressed its interest, once Covid restrictions ease, to resume its goal of working to open its first location on the U.S. mainland in the next three to five years, Chief Executive Officer Yoshiharu Hoshino told Bloomberg. “One ideal spot, in his view, could be Saratoga Springs, about a three-hour drive from New York City and Boston,” according to the article written by Lisa Du, Grace Huang, and Stephen Engle, and published in Bloomberg on
April 4.

Hoshino Resorts was first established as a traditional Japanese inn in 1914. Its stated mission is to “dream big” and according to company’s literature, provides “a unique experience focused on the local charms of each destination and a high level of omotenashi Japanese-style hospitality.”

“My personal goal is to bring traditional Japanese hot spring resorts to North America,” Hoshino, the fourth generation in his family to run the firm, said in an interview on Bloomberg TV. “It’s now time to think about the next 100 years of developing hot spring hotels globally.”  Specific plans for the type of development initially under consideration for development in Saratoga Springs, as well as the status plans of the Spa City specifically as a future destination, are not currently known.