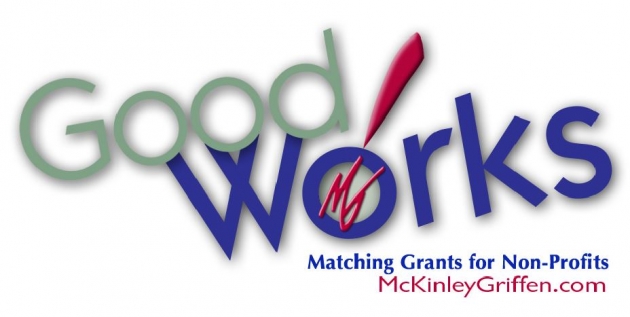 WILTON – When McKinley Griffen Design & Advertising first opened its doors back in 1989, the world was changing; science and technology were making great strides, and the advertising business itself was evolving. Few things were certain and success wasn’t a guarantee.

Fast forward to 25 years later and Dennis and Connie Towers, the husband and wife creative team behind MGD&A, say the last quarter-century has been a wild ride. Before starting their own business, Dennis and Connie both worked for an advertising agency in Schenectady. Deciding to break away from the corporate world and start their own firm was something they dreamed of; and in 1989, they made it a reality.

“We ended up combining skills,” said Connie. “I have the advertising and design background and Dennis has the sales and marketing aspect. It seemed like a really great match.”

When MGD&A first opened, the Towers worked primarily with startup businesses – creating their logos, branding, advertising and publications with a focus on affordability.

“We understood what it was like,” said Connie. “The last thing a lot of companies had in their budgets was advertising; and not realizing that yes, you’re building your equipment and your staff, but you need to get the word out there.”

As time went on, MGD&A expanded their client portfolio. In the 1990’s, Dennis said the firm acquired a significant amount of sports-related clientele.

“At that time, we did merchandising agreements along with a sports logo,” said Dennis. “We did that with the Albany River Rats, an AHL team. That team went on for about 10 years and we just kept on with character evolutions and toward the end, added more characters. We had fun with that.”

The Towers also worked with the Kentucky Thoroughblades, some arena football and tennis logos, and other AHL teams around that time. While there isn’t an exact recipe for success written down in a manual somewhere, both Dennis and Connie say engaging audiences, resonating with consumers, and expanding markets while building loyal communities helped them excel in the market.

Sure enough, MGD&A was recognized for all of its work. From Addy and Nori Awards in communications, to industry-specific awards in financial, beverage, sports, healthcare, arts and culture, industrial markets and non-profit sectors, many were recognizing the firm and the Towers.

While many things have changed since 1989 for MGD&A, one thing remains the same – the Towers have consistently worked with non-profit organizations.

“We did work for Lake George Opera and Homemade Theatre,” said Connie. “We were doing their posters and such; then came the Glens Falls Hospital Foundation. It was a good mixture of things.”

To celebrate McKinley Griffen Design & Advertising’s 25 years of work, the Towers have created a way to pay it forward to non-profit organizations in the community by launching their “Good Works!” Matching Grants program.

Non-profit or tax-exempt organizations can apply for the program by completing an online form at McKinleyGriffen.com. Dennis and Connie will match agency hours to assist groups with any projects or initiatives they need help with.

"If all of our work could be for the greater good and the good of the community, that would be great," said Dennis. "That's why we're doing this program, to support the greater community."

More in this category: « Saratoga Hospital Doctor Awarded For Community Service The Savory Pantry Sets Up Shop on Broadway »
back to top