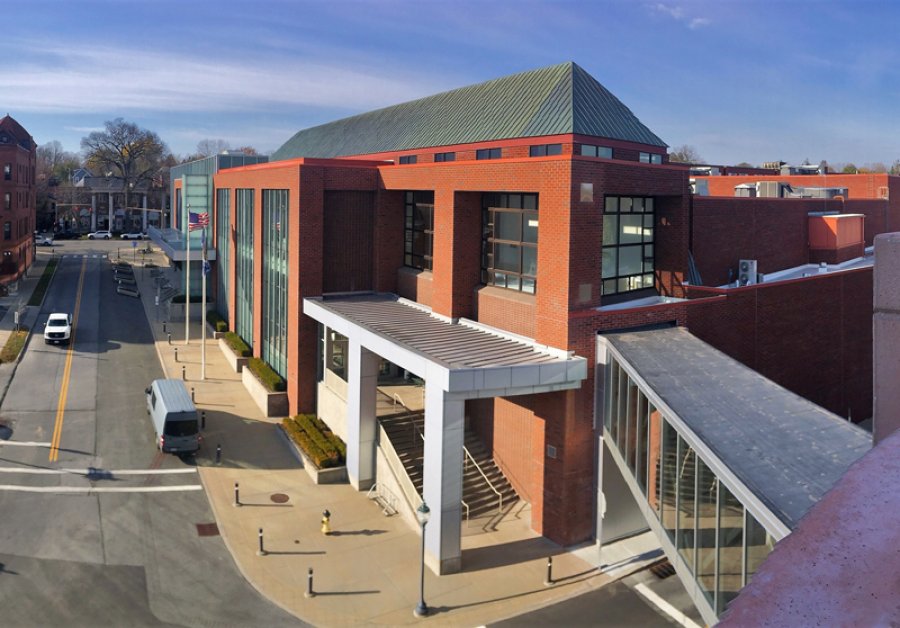 SARATOGA SPRINGS — With the swift shearing of a green ceremonial ribbon, the long awaited City Center parking facility – and the 600-plus parking spaces it brings to downtown Saratoga Springs – was unveiled this week and announced itself open for business.

Through the end of this calendar year, the first four hours of parking is free of charge. Parking rates for 2021 will be free for the first hour of parking, and $1 per hour after that first free hour, with a $15 cap charge in the 12 a.m. to 11:59 p.m. period.

The $16 million multi-floor structure features secure covered parking for over 620 vehicles, four electric car charging stations, two green spaces, a pair of elevators and an open, flat, roof top area that can be used for parking and for convention related events.

“It is so exciting to bring this needed project to fruition, and to be part of the City Center’s continued growth, but the credit for this project also belongs to many current and former city council members, City Center Authority members, City Center employees, and members of the business community,” said Ryan McMahon, executive director of the Saratoga Springs City Center.

The City Center, located at the north end of Broadway, opened in 1984 and has served as host to corporations, New York State Associations, trade groups and northeast regional organizations, gate shows, fundraising galas and social events. The conference complex offers a total of 58,000 square feet of conference space when partnered with the adjoining 242 room Saratoga Hilton Hotel.

The development of an adjoining parking structure has been debated, often vehemently, for more than a decade and the project has undergone a multitude of suggested variations.

Community concerns targeted the facility’s size, its design, and its location atop prime city-owned land. Conversely, a large contingent of business owners have long advocated for its creation, reasoning that the additional parking spaces would increase the economic vitality for downtown retail shops and restaurant. And City Center officials have discussed the need of easy parking for potential clients to compete in a marketplace with other regional centers vying for convention business.

“You always want to improve your game,” Tom Roohan, chairman of the Saratoga Springs City Center Authority, told reporters at Tuesday’s ceremony. “In December 2013 we started this process, and I think we ended up with a great project with more than 600 parking spots, a well-lit, safe and secure parking facility that will help encourage companies to come into town.” During evening hours, a security guard will be on premise to offer an added layer of safety.  A limited number of yearly parking passes are available for purchase from the Saratoga Springs City Center.

The structure, which stands one block east of Broadway, was developed atop a surface lot that saw the elimination of 188 previously free parking spaces. For the time being, parking continues to be free of charge in most of the other existing public parking areas downtown, as well as on city streets.