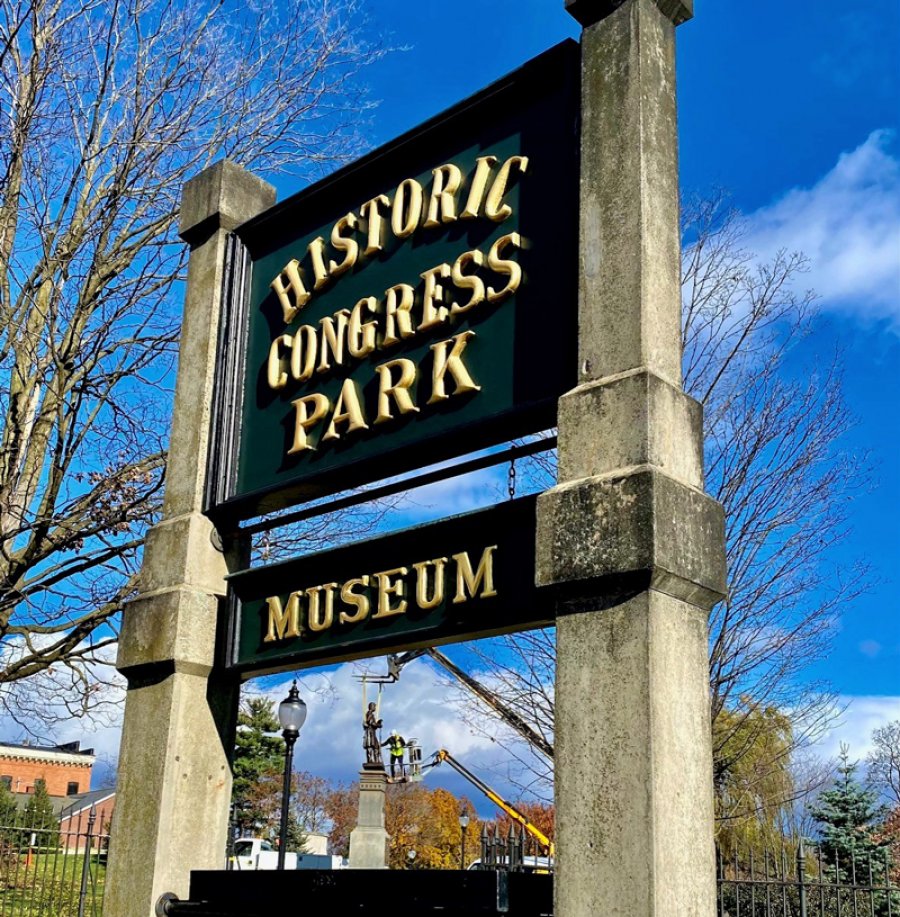 SARATOGA SPRINGS — The NY 77th Infantry Regiment monument was re-installed on its base in Congress Park this week.  The base had been vacant since the summer of 2020, when the city says the statue was vandalized.

The 77th Infantry Regiment was mustered in on Nov. 23,1861, and mustered out June 27, 1865, according to the state Military Museum and Veterans Research Center. The companies were principally recruited at Ballston, Saratoga and Wilton.

The piece required significant repairs to the zinc statue, according to a statement issued by the Saratoga Springs Department of Public Works, which coordinated its re-installation. 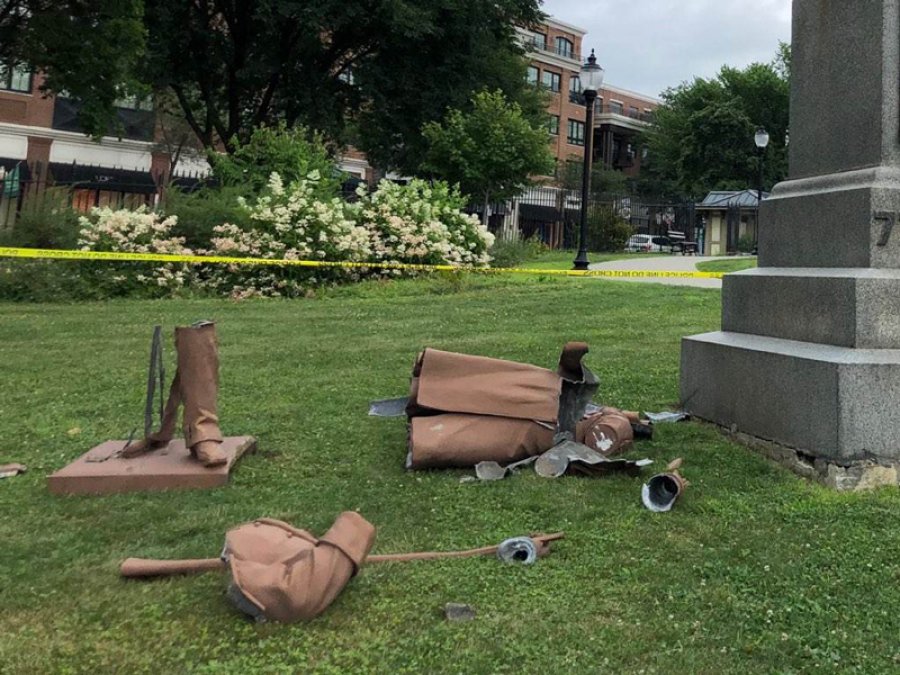 SARATOGA SPRINGS — Approximately 300 people gathered in Congress Park Aug. 28, 2018 for an “All Are Welcome Here” Walk and Vigil.

Coordinated by The Saratoga Immigration Coalition, the event was organized as a non-political gesture of gratitude, support, and acknowledgement of immigrants and the contributions they make in the community.

A network of civic groups, faith communities and individuals from across the Capital District gathering in three different locations for the walk to Congress Park: on the West Side - where Irish and Italian immigrants settled a century ago; at Saratoga Race Course - which has a large working Latino immigrant community, and at the Saratoga Springs City Center on Broadway - a symbol of the region’s economic driver, organizers said. The Spirit of Life and Spencer Trask Memorial, which overlook the park, were fixed with the flags of the world. 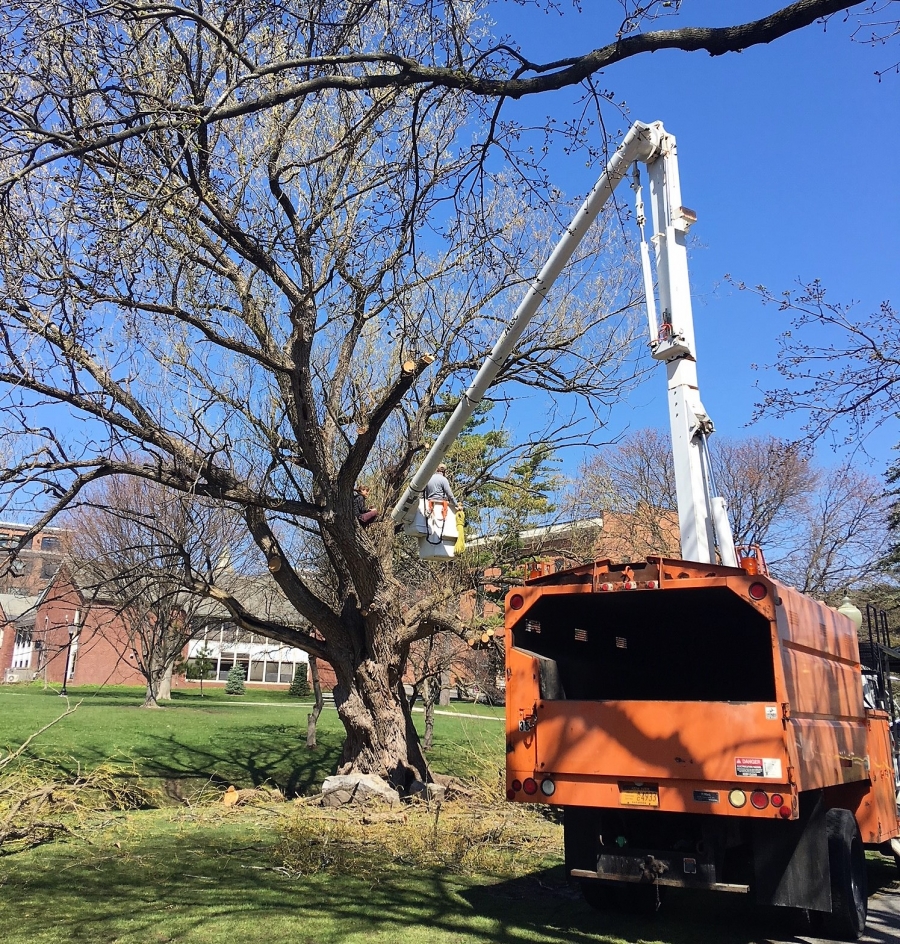 A blur of bright neon burst through Congress Park Sunday and it brought with it tens of thousands of dollars. What was it? A pack of children in green shirts running for a good cause.

Children up to age 12 sprinted and waddled and rolled through two different trails in the tenth annual Cantina Fun Run Sunday morning. The Cantina restaurant, in conjunction with the Saratoga hospital foundation and various sponsors, organized the event.

“The tenth anniversary had a lot of personal meaning for us,” Cantina owner Heath Ames said. “Along with the money an awareness raised over the years, engaging our kids to help others and showing how a community comes together is a wonderful lesson to share.”

The Saratoga Hospital Foundation has fostered the event since its inception. Officials estimated that the hospital treats over 4000 children each year. The donations have brought in new equipment and provided employees special training.

The benefit isn’t solely for the children in need of treatment. Jane Jeffery of Clifton Park said her two children, who ran the event for the first time, felt inspired watching parents and other kids move together for a good cause.

Over 730 people from all over Saratoga County participated in the race. For some, the sense of community the event brought was a highlight.

“We got a big kick watching the little ones run by,” said Sal Calvelli, a Saratoga County resident of six years. “We don’t know them but we’re cheering them on. It brings you together.”

Calvelli’s children participated in the event for the first time this year.

Among the numerous community members were hundreds of volunteers. Heather and Brian Straughter have been Fun Run volunteers since its second year, when it was held in the old Cantina parking lot. They have watched the event, the community and their own son, Ethan, grow together.

“All these events are so great because you see people who have young kids, who have older kids. Some of the kids who run this are now volunteers. It makes you feel happy that you live in area where people care.”

Ethan, 12, has been running in the event since he was five, and 2017 was his last year eligible for the run. “He aged out,” Brian said. “Now he can volunteer.”