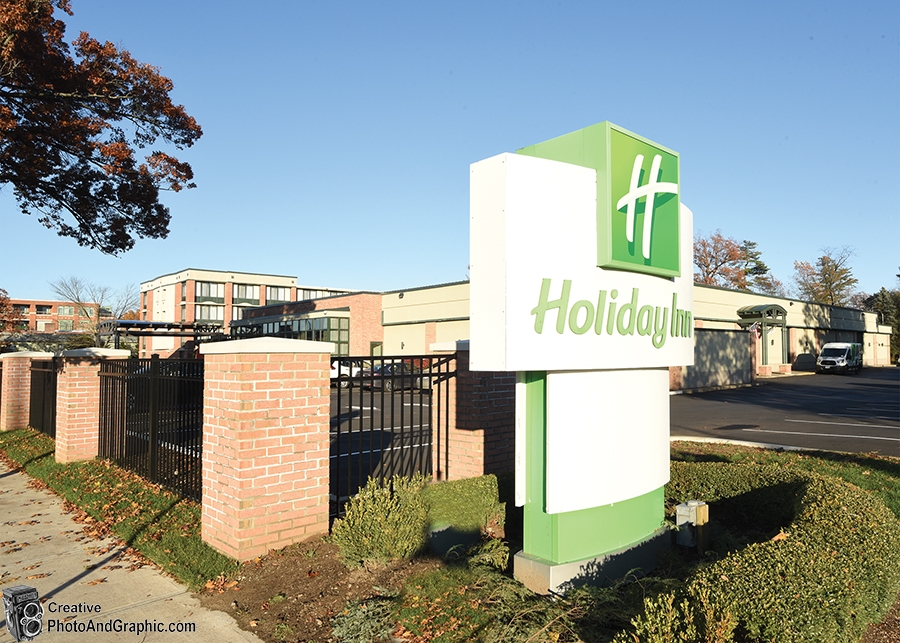 SARATOGA SPRINGS – In the course of nearly 40 years, Cynthia Hollowood has enjoyed a front-row seat to many changes in the city—from inside one of its anchor businesses.

Hollowood, general manager of the Holiday Inn at 232 Broadway, started working for the company in 1981, even before the City Center was built farther down Broadway.

“Local businesses are the bread and butter here,” she said, during an interview this week to discuss the Holiday Inn’s recent $4 million renovation.

She called the Holiday Inn, which celebrated its 50-year anniversary in 2015, “the catalyst for all downtown development.”

“We are proud to have been at the forefront of Saratoga Springs’ revival over 53 years ago, and to remain so today as the city has blossomed to a year-round destination,” Hollowood said in a Nov. 1 statement.

The hospitality market of Saratoga Springs has seen an increase of more than 500 rooms in the last three years, according to Hollowood, which poses challenges in terms of keeping the Holiday Inn’s 168 rooms occupied.

“That’s why we have this brand new look, to stay competitive,” she said. “The market is ever-changing.”

Bill Teator, a principal of G-Force Consulting, said a number of factors ensure the long-term success of Broadway’s “community legacy,” including its dedicated employees.

Hollowood reported that four of the Holiday Inn’s 110 employees have served longer than her, while another 20 people have worked there for nearly 20 years.

Teator offered special praise for the Holiday Inn’s designation as one of the first successful businesses to start as a result of “crowd-funding,” long before that was made popular through modern websites such as GoFundMe.

In the late 1950s, a group of investors devised a plan to issue bonds for construction of a hotel and convention center, both of which Saratoga Springs had lacked at the time.

Hollowood confirmed that, in the early 1960s, $700,500 of “seed money” was raised through that initial bond purchase by the city’s working-class residents; an amount equal to $6.8 million today. Local banks provided additional loans for the hotel’s actual construction, she said.

The recent Holiday Inn renovation was completed by local contractors and funded entirely from the local franchise’s accounts, Hollowood said.

The Saratoga Springs hotel is affiliated with InterContinental Hotels Group PLC in Atlanta, Georgia “to uphold the Holiday Inn standards,” she added.

The draperies and carpets are replaced every four years. The hotel is also currently spending about $500,000 to replace televisions and other guest-room amenities, Hollowood said. Rooms at the Holiday Inn range in price from $130 to $400 per night, depending on the time of year.

Hollowood said many loyal fans of the Saratoga Race Course contribute to a “repeat factor” each summer, which bolsters the hotel’s overall occupancy rates.

The Holiday Inn’s “year-round average rate,” Hollowood explained, is envied by other companies in the upstate New York market, largely because of efforts by staff at the Saratoga Chamber of Commerce and Convention and Tourism Bureau to promote city events through the winter months.

“Our substantial reinvestment shows we are committed to remaining a leading destination in Saratoga Springs well into the 21st century,” Hollowood said. “Beginning with our founding when area residents invested $100 per share to bring the first modern-era flag hotel and convention center to Saratoga Springs, through today, we are proud of our legacy of community leadership.

“You could say the Holiday Inn Saratoga Springs was all about crowd funding before crowd-sourcing for startup businesses became cool,” she added. “We can’t wait for our many returning and new guests to experience our brand new look along with our renowned personal service.”