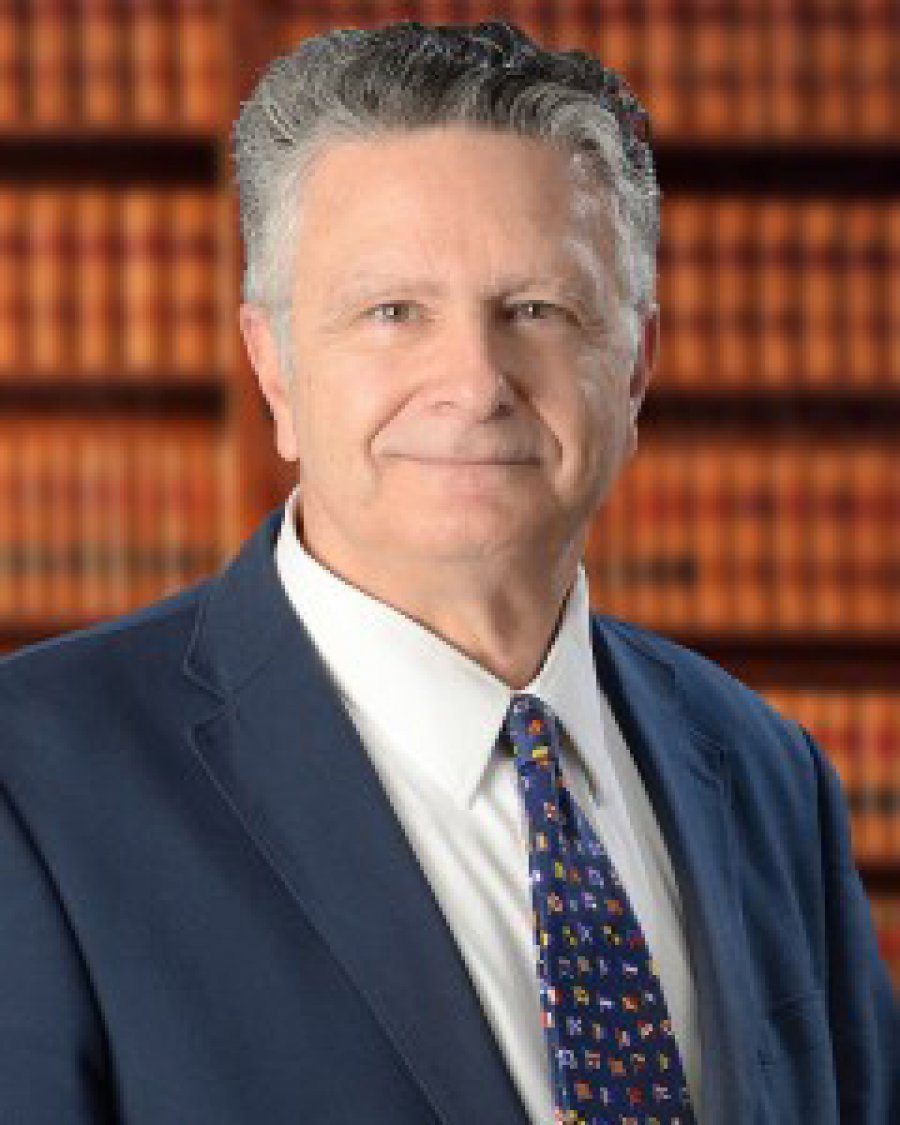 SARATOGA SPRINGS —  Born in Brooklyn in the mid-1950s, James Montagnino worked in the Bronx district attorney’s office in the 1980s, at the height of the crack epidemic, and then continued on in Westchester as a prosecutor with the district attorney’s and defense attorney with The Legal Aid Society. He’s been a visiting instructor at the police academy, principal court attorney for Supreme, County and Family Courts and court attorney/referee.

In the November election, Montagnino, a Democrat, bested Republican and Conservative candidate Tracey Labelle by a 53-43 margin in the race for Public Safety Commissioner.  On Jan. 1, Montagnino will join Ron Kim (Mayor), Dillon Moran (Accounts), and Minita Sanghvi (Finance) as one of four new members of the five-person City Council. Anthony “Skip” Scirocco (DPW) is the lone returning council member.

The Commissioner of Public Safety is responsible for the overall operation of the police department and the fire department, code administration, animal control, and parking enforcement.

What led to your desire to run for City Council?

“If I had to tie the decision (to run for office) to one thing, it would be the Daryl Mount case and how it was treated. How nobody in authority did anything that you would have hoped.

“I was sitting in my living room watching CNN with my wife when I saw the video of George Floyd being murdered. Just watching that, it was devastating. The aftermath – the protest in Saratoga Springs in the summer of 2020. I had only very loosely followed the Daryl Mount case. I remember the very first reports said he was running from the police, he ran into a construction site, he fell and was badly injured. I remember feeling awful about it, but not that there were any questions surrounding it. The police chief said there had been an internal investigation and the then-commissioner had basically affirmed that. It sounded like they did what they were supposed to do. And then you find out when the chief is put under oath in the deposition in the civil suit, he admits, well, he misled the press, of course meaning he intentionally misled the public.”

Background: In late summer 2013 Darryl Mount, a 21-year-old biracial man, suffered injuries that left him in a coma after fleeing police on Caroline Street and allegedly falling off a scaffolding behind The Washington building, then under construction. Mount died eight-and-a-half months later.  Mount’s family subsequently filed a wrongful death lawsuit and city Police Chief Greg Veitch later came under public scrutiny following reports that the public safety department never conducted an internal probe into police actions, after earlier claiming there was one. The incident became the catalyst of the formation of Saratoga Black Lives Matter, and included public calls for a citizen review board as well as a number of protests and marches that have taken place in Saratoga Springs during the past few years.  A “Case litigation Timeline” as well as audio and video files related to the matter may be viewed by going to: www.saratoga-springs.org/2408/Darryl-Mount-Information.

“Here’s the problem: If there had been an Internal Investigation done in a timely fashion where a report and the evidence upon which it was based were released to the public – depending on its thoroughness, I might say: We’re done. But, with all that’s happened, I can understand how many people have drawn the conclusion that there must be something to hide.

“At this stage, I don’t know how satisfied the general public would be with an Internal Investigation. In a perfect world, what ought to happen is the district attorney should use this provision in criminal procedure law that allows for a grand jury investigation of a non-criminal nature. It’s the one area where a grand jury can investigate - and it’s not necessarily a crime they’re investigating. It’s allegations of misconduct on the part of a public officer…at the end of the investigation, the grand jury issues a report, and the judge has discretion to release the report to the public.”

“What I’m hoping is the District Attorney use her authority under criminal procedure law to get that rendered investigation going. And I’m considering the possibility of making a motion before the City Council for a resolution asking the DA to do that.”

There has been a public spotlight on the role of protesters and the role of police regarding city staged protests and arrests in recent years. What would you like to say about both these aspects?

“The way I see it, the question of if you blocked traffic in July and a policy decision is made that we’re going to prosecute you in September, the problem becomes: how do I get that defendant in to court? You don’t do it with an arrest warrant if it’s a petty offense. Almost all of those were petty offenses in criminal procedure law, they’re not crimes. My feeling is that if there is a petty offense committed in the past, you use a summons. You don’t use an arrest warrant, unless there’s some exceptional set of circumstances that you can put in writing to satisfy me that you need a warrant.

“I think what some people lose sight of is that there’s a difference between a protester and a common criminal. These are our neighbors who have chosen to commit some petty offense or to make a statement. We’re not condoning the offense, and the offense should be handled in accordance with its severity, the background of the defendant and the circumstances under which it is committed. The idea of going out and getting an arrest warrant, then executing the warrant… none of that was necessary. If they had been given summonses, they would have shown up in court of their own volition, or, if not – then warrants would be issued. It didn’t have to start with custodial arrests.

Additionally: “I would like the word to get out that there should be an over-arching policy of mutual respect between the police and the people they serve. There is a fighting words exception to (to First Amendment protected speech) that has been recognized by the Supreme Court since the 1940s. What I would like to try is a policy of mutual respect where beforehand I would sit down (with those planning to protest) and I’d say, ‘Look, here’s the situation: the kinds of things like getting in an officer’s face and saying (expletive) - that speech is not protected under the First Amendment.’ That’s a statement intended to provoke a violent response I think. What I would like to see in a situation like that is an officer would be trained to say, ‘I’m sorry, that’s inappropriate conduct, and it can’t be continued.’ Maybe two or three repetitions of that.
And if it continues, then, OK, we’ll make an arrest on the spot. Cops have a hard enough job to start with. The First Amendment doesn’t mean you can say whatever you please. There are circumstances where it can still be prohibited. Standing up in the movie theater and screaming ‘FIRE!’ You’re getting arrested. There’s no First Amendment reaction.”

“The vast majority of people in Saratoga Springs are not going to choose to walk up to a police officer and berate him or her. But, we’ve all seen that happen under certain circumstances. And that’s not fair. They’re doing a tough enough job as it is and they shouldn’t be asked or expected to have to take abuse, verbal or otherwise, for doing their jobs. So that’s something I’d like to get in the process early on. Putting the word out that you expect a lot from our officers, and we expect mutual respect in exchange.”

A multi-point plan, partially adopted by the City Council, was submitted to the council by the ad hoc Saratoga Springs Police Reform Task Force, and recommended that a Civilian Review Board, or CRB, be implemented. This has not yet occurred. What is your opinion?

“I envision a CRB like the one the Task Force proposed. One tweak would be the method of appointing the members of the CRB. With the possible exception of the chair - because there needs to be someone with some familiarity and continuity of process. I’m thinking that the selection process for the chair might be by the mayor, or the mayor with the advice of City Council. The membership I would like to see randomly selected. Like jury duty. There would certainly have to be public hearings on the method to be employed for selecting the members of the CRB, and the method for selecting the chair.

“There’s nothing in the Task Force proposal after the CRB does what it does. Its power, according to the City Charter, is limited to a recommendation to the commission. They take testimony, examine evidence and make findings, conclusions and ultimately recommendations. That sounds simple enough, but what does that mean? So, what I want to do as the first commissioner to serve with a CRB is to create a framework for what would be the role of the Commissioner upon receiving the recommendations of the CRB. I see the commissioner’s role as an administrative appellate authority. I see my role as taking the recommendation and saying: OK, I want to see all of the evidence, not just the findings and conclusions; to review that myself for factual and legal sufficiency, so that the CRB is not the last word as to factual findings and legal conclusions - the Commissioner is. I think it’s important the Commissioner’s Office promulgate its own internal procedures, so that it’s not just what the CRB said rubber-stamped. There’s a significant amount of responsibility with having to come up with the next steps.”